Mass Around The World

Mass Around The World

Established brands that can be found almost anywhere in the world, strong global companies.

But is there still room for small, lesser-spotted companies to exploit the global market?

Will Gymtalk ever be mentioned in the same sentence as the aforementioned?

Far from having glamorous offices in the worlds’ most cosmopolitan cities, Gymtalk is run from Henry Croft’s bedroom and most people just think he sits in there wanking all day (there is an element of truth to that).

Now, obviously a lot of these ‘readers’ are simply robots running boiler room scandals in West Africa, but we do have a dedicated following in some interesting places.

And thus I have an angle for a quasi-informative/xenophobic article about how muscle and fitness looks in Gymtalk’s top ten highest fan base countries (excluding GB).

USA is probably the most diverse country in the world when it comes to lifting weights. 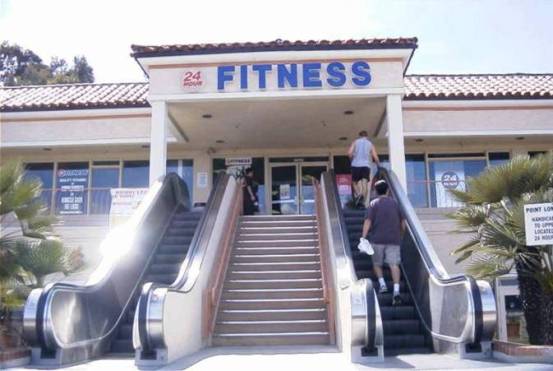 Ever since Greg Glassman stepped up to the pull up bar and decided he didn’t fancy doing them properly, the gym world of America has changed markedly.

Moving away from bulk and heading for a more fit, cut, lean, annoyingly preachy look.

Well that has to be the one and only Austrian Oak – Arnold Schwarzenegger.

He took a similar amount of PEDs as most bodybuilders?

No still no good?

Then Lee Haney – why doesn’t he ever get as much respect as Ronnie Coleman or other lesser decorated bodybuilders?

One for those born in the 80s there.

A lot like America but whiter and with free healthcare.

With so much environmental and agricultural work, most Canadians don’t go to gyms, they simple chop or plough their way to gains. 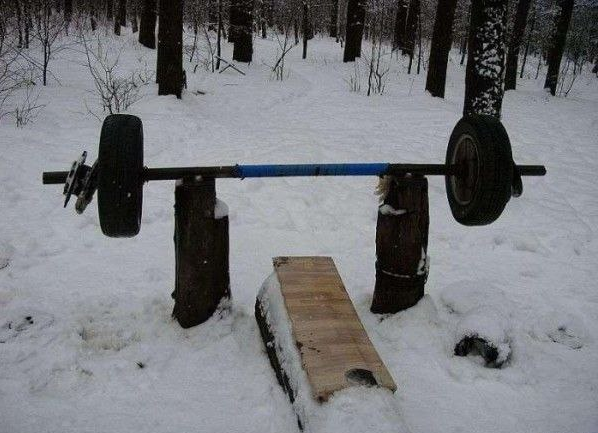 Canada tends to excel at winter sports which don’t generally require a lot of muscle mass – and then you’re really only training arms so you can smash people in the face in ice hockey.

“Did you see the curling last night?”

“No, I live in Nova Scotia and therefore probably don’t have electricity.”

Jacked and tan – if you’ve ever watched Home and Away then you’ll know every day is arms and abs.

Yes, the shackle-draggers from the land down under really do love their sport.

From ripping England a new one at cricket to being ripped a new one by England at rugby, the Aussies are a formidable nation in terms of strength and fitness.

It’s almost as if surviving a six month boat journey with little food or water and arriving in a place where almost every animal can and wants to kill you can, by some Darwinian miracle, build a nation of meat heads…

Zyzz – who ironically was born in Russia, but then that really does fit in with the inception of Australia.

“Oi Bruce, Bruce, would ya give me a spot of you bloody poofta!”

Approximately 14% of the Indian population (that’s around 170 million people) are classified as overweight or obese.

That said, where the Mcdonaldisation of India is patently a curse, the Westification of India could also be a blessing in some respects.

While I certainly don’t agree that people should be trying to bleach their skin white, we’re getting a lot of requests on GymTalk from our Indian readers for tips on workouts, dieting and supplements.

Their national sport of cricket requires no muscle mass at all – unless it’s carrying a large picnic to an all-day test match.

That said, Pehlwani (Indian wrestling) does require a huge amount of physical prowess, note the daily training regime for a wrestler:

3am: Wake up and perform as many as 4,000 press-ups (danda) and squats (bethak); run for 5 miles, followed by swimming and lifting stones and sandbags.

8am: Teachers watch as the trainees wrestle each other in earth pits continuously for 3 hours (around 25 matches in a row).

10am: Wrestlers are given a “special” oil massage before resting.

4pm: After another massage, trainees wrestle each other for another 2 hours.

8pm: The wrestler goes to sleep.

The idea of the “special oil massage” becomes somewhat seedy when you look at the trucks they wrestle in – sounds like a Rolf Harris Special.

“Do you want to do some squats now?”

“No I want to go and eat a butter and oil based rice dish that while tasting delicious will undoubtedly shorten my life expectancy.” 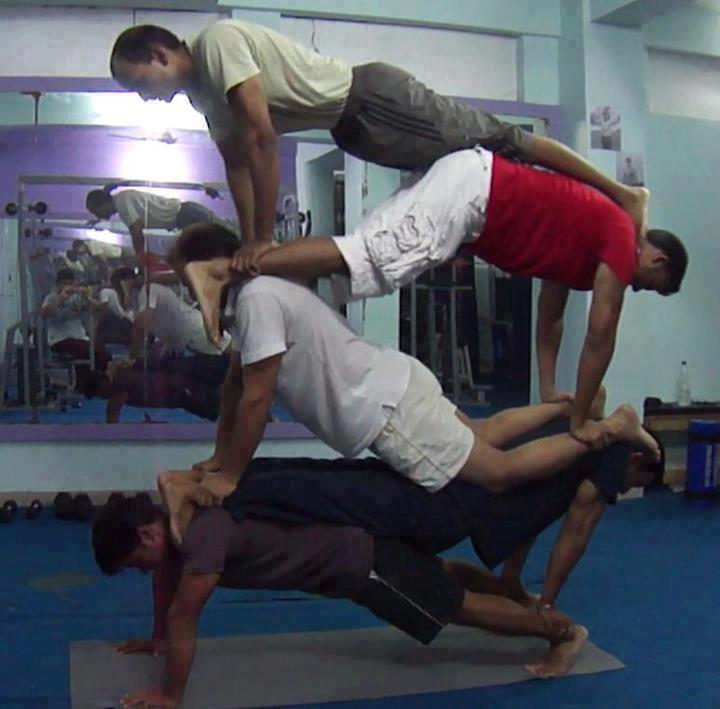 Although I have it on pretty good authority that no-one in Der Motherland has ever actually heard of this programme.

It has to be Arnold “I’ll be back” Schwarzenegger.

I thought that was Hitler?

Ok, I’ll go for Matthias Steiner – and, yes, he was born in Austria as well, but look him up – incredible.

“I’m looking forward to this leg workout as much as Yanis Varoufakis looks forward to meeting Wolfgang Schäuble.” 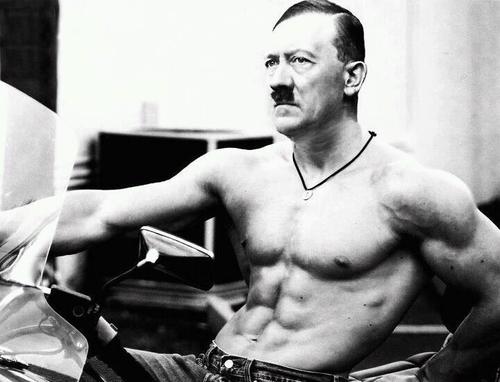 Like most of western/southern Europe, France doesn’t really go in for mass.

A more effeminate look is complimented by trousers so tight you can feel your sperm count lowering by the minute.

A diet of red meat, haricot vert and copious bread should be conducive with gains but show me a swole Frenchman and I’ll show you a Frenchman that doesn’t want to live next door to a brothel.

“Are you coming to the gym today?”

“Mais non, papa is forcing me to drink this 2005 Chateau La Tour that has been maturing in our extensive wine cellar, only now will the tannins be at their optimum level.”

A simple ‘no’ would suffice. 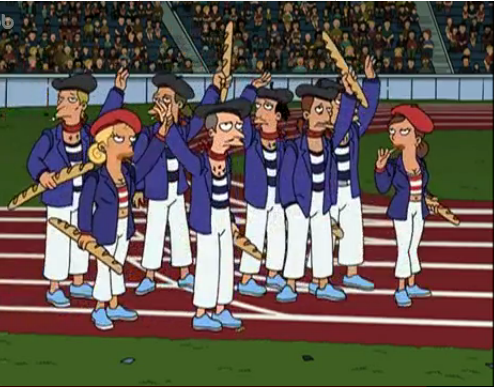 I’m thinking Tony Jaa but he’s probably not from there.

Since the list of popular sports in the Philippines looks like this, I’m guessing there isn’t too much gym-ratting going on:

1) I know nothing about the Philippines.

2) Do not start a fight with a Filipino, he’s probably an expert martial artist, so don’t let the 5ft, skinny frame fool you.

Manny Pacquiao, see I knew someone. 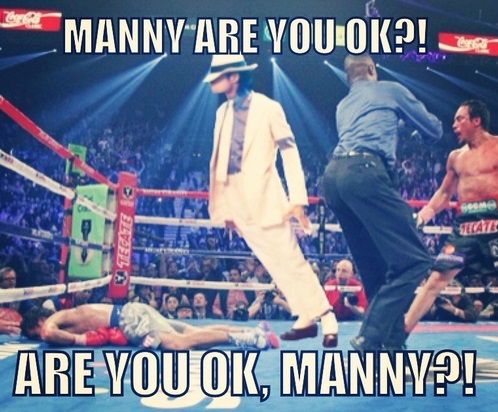 Yes, due to corporate taxation benefits, many global companies find their European headquarters in Holland (am I supposed to call it Holland or Netherlands? What’s the fucking difference? Who fucking cares?) and thus the country is fairly diverse.

The indigenous people are all massive – mainly height wise rather than mass but there’s certainly potential.

The lack of hills also means there’ll be no muscle loss due to high intensity cardio (walking up a hill). 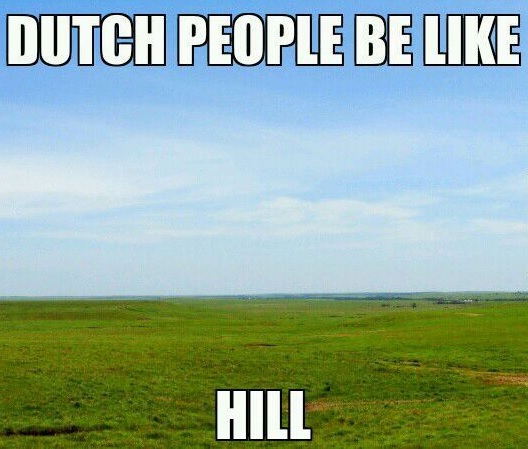 Roelly Winklaar, who has a thing for the older ladies…

“These protein brownies are making me trip balls.”

Scandinavia is home of the viking, and an ancestral diet of wild boar, mead, rape and pillage has lead to a modern day nation of massive bastards who have dominated the sport of strongman.

A typical gym session consists of punching a tree till it falls over, carrying said tree home on your shoulders, before carving it down into a longboat then crossing into England to maraud.

“He curled in the squat rack last week so I bludgeoned him to death then killed his family so as to halt his bloodline.” 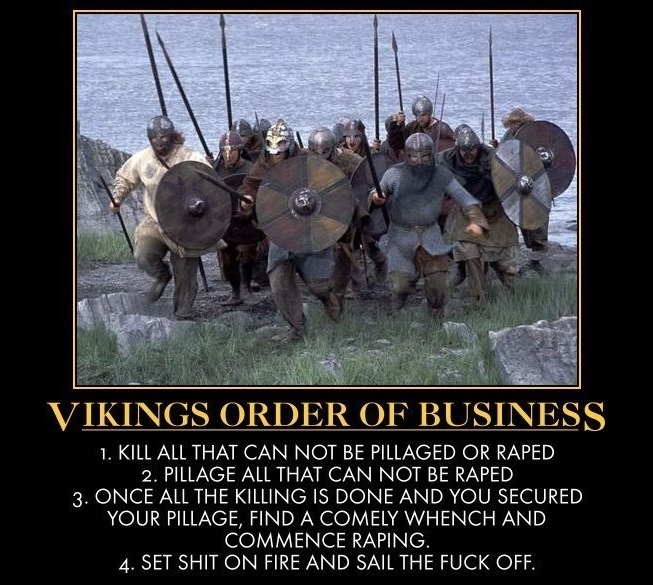 With a variety of exotic bush meats on offer, it’s no wonder the average South African is built like a large oak dining table.

Is it any coincidence that international man of muscle Reg Park moved to South Africa to settle down?

He knew full well he’d fit in nicely with the locals.

If any of you follow rugby then you’ll know South Africa have a reputation as the most physical of all the top world sides – i.e. they’re not fucking around with rope press downs or lat raises

“That leg workout’s got me feeling a bit Oscar Pistorius.”

Make of that what you will… 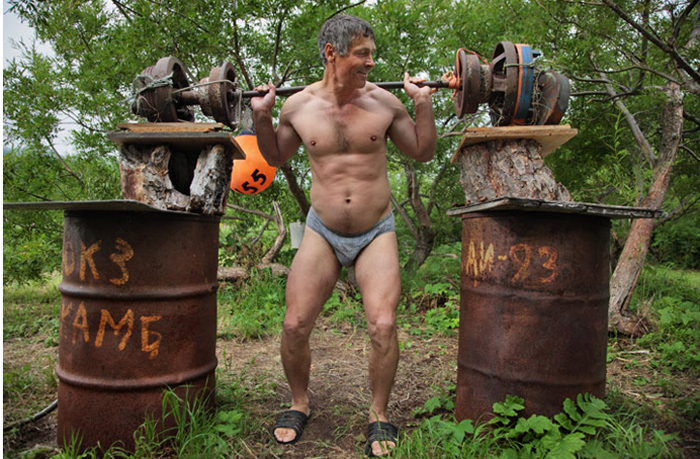 And so there we have it, we set out to really show our loyal, global readership how much we appreciate their support and understand their culture.

Let us know in the comments below!