When I first started taking bodybuilding seriously in my late teens, I would devour as much information on different training routines and philosophies as I possibly could.

I consumed articles on eccentric training, rest-pause, 5×5, supersets, tri-sets, reading with the frantic energy of someone trying to desperately untangle themselves from a blow up sex doll after hearing footsteps on the stairs.

Above all others, there was one routine that particularly intrigued me.

It was referred to in gym locker rooms in the same hushed tones reserved for what the dodgy-looking Russian guy does in the shower or what actually goes into those cheap protein shakes they sell at reception (cat piss, apparently).

It is one of those regimes that has achieved the status of urban legend.

A routine so tough and brutal that Frank from accounts had to take two months off work and Big Will never set foot in the gym again.

German Volume Training, often referred to as “GVT”, the “10 Sets Method” or, quite simply, “Muscle Genocide”, is a workout which was popularised in Germany (of course it was) during the 1970s by the national weightlifting coach Rolf Feser. 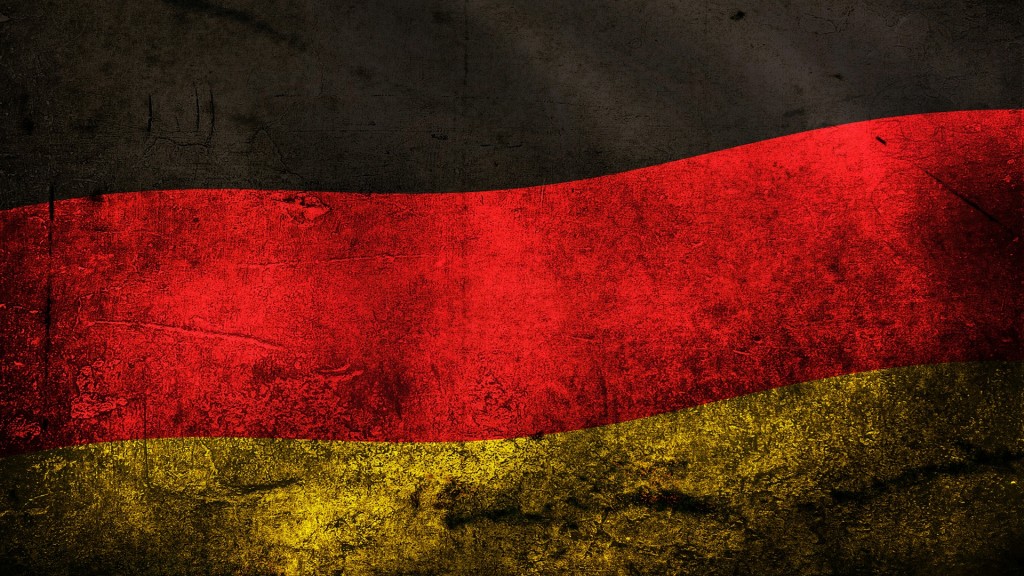 Like most things that come from the former Eastern Block, GVT takes the term “bad ass” to a whole new level.

It is a routine designed to mercilessly pack on muscle mass… and fast.

The primary goal for each workout is to complete 10 sets of 10 reps for every exercise.

For the biggest pay-off, you should chiefly be targeting the “big daddy” compound exercises (squats, presses, rows, etc) and supplementing these lifts with a number smaller accessory movements involving fewer sets.

Yes, you read that right, you’ll be squatting 100 reps a session.

The central idea with GVT is to put your muscles under such extreme levels of stress that they have no other choice but to adapt and grow.

In other words, the body is forced to adapt to the extreme strain placed upon it by hypertrophying.

GVT’s monstrous high-rep range will recruit unused muscle fibres to replace fatigued ones, allowing you to attack muscle areas which have never seen the light of day.

A word of caution: this is an extremely intense programme and as such is only recommended for intermediate to advanced lifters who are prepared to work their testicles off.

If you’re the kind of person who instagrams bicep pics between sets and is more concerned with what the girl on the cross trainer thinks of your new haircut, it’s probably best you stayed at home (or, preferably, threw yourself into a herd of stampeding buffalo).

The following GVT routine is a simplified version of the one originally proposed by Canadian weightlifting coach Charles Poliquin, who, in 1996, was largely responsible for bringing GVT to the mainstream.

I have chosen to replace Poliquin’s five day split with a simplified and more manageable seven day split.

If you’re interested in delving into Poliquin’s original routine and its more advanced iterations, be our guest, but the following workout is a great place to start.

On first inspection it might look deceptively simple, but trust us, after the first 10 sets you’ll be reduced to a quivering, sulking wreck.

Thank you for sharing the review, it really is appreciated!

The notation A1 and A2 or B1 and B2 means to superset those two exercises – but not in the conventional sense.

For the more advanced lifters out there, if you’re feeling particularly sadistic then you can perform an actual superset (no rest between A1 and A2), then rest and repeat.

This will greatly enhance the fat burning potential of your GVT routine but will bring you to your fucking knees!

You should take between 60 seconds rest between each set or 90 seconds if you choose the ‘actual superset’ method.

This may seem like a lot during the first few sets, but come sets 6, 7 and 8 you’ll be on your knees praying it was longer.

Make sure you are disciplined when it comes to accurately recording your intervals, otherwise you will hamper your progress.

Calculating which weight to use

For the main lift in each workout you should start with a weight that you can easily lift for 20 reps.

So if your 1RM on squat is 150kg, you would commence your GVT cycle by squatting 10×10 using a weight around 75kg.

Once you can perform 10 sets of 10 reps on an exercise with constant rest, increase the weight by 4-5%.

Usually, during a first iteration of the cycle, you’ll find your rep range dropping to to 8, 7, 6 on the last few sets.

Feel free to substitute in some different exercises, provided you are still hitting the big compound lifts.

For example, these could be:

Mixing up movements will allow you to trigger different pools of motor units, helping you to steer clear of redundancy and plateaus.

By all means fill you rest days with some cardio, although I guarantee that your body will be so fried with DOMS that anything other than a light jog will be completely out of the question.

However, any cardio you can manage will help reduce stiffness and sooth recovery.

A cycle of GVT should be performed for roughly six weeks.

The borderline insanity of this routine means it’s simply not sustainable for much longer than that.

And unless you have extraordinary willpower, you’ll soon get bored of working through 10 sets every session.

During a GVT regime you’ll need to make sure that your diet is absolutely loaded with calories.

This will help your body recover sufficiently in addition to aiding hypertrophy.

First off the bat, let me just say that German Volume Training is without doubt the hardest muscle building routine I’ve ever experienced.

It makes most hypertrophy workouts look something like this (the worst workout of all time – watch it, you won’t regret it).

However, if you can get through GVT in one piece, the gains awaiting you are astronomical.

It is a programme I return to again and again if I’m looking to get jacked quickly.

To give you an idea of just how effective this workout is, the German weightlifters who used this programme in the 70s would typically be able to move up an entire class just by following the routine for three months.

To say this program adds muscle fast is probably an understatement. Gains of ten pounds or more in six weeks are not uncommon, even in experienced lifters.

Personally, I’ve never gained so much muscle mass in such a short period of time.

I pretty much had to shop for an entirely new wardrobe once the six weeks were up.

My advice for those contemplating this routine (good luck!) would be to pay close attention to the tempo for each exercise as this really makes a difference.

If you thought 100 squats sounded bad, 100 squats with a measured, four second eccentric movement is some serious next level shit.

The lactate build up during the middle sets will break you.

However, I’d generally get a second wind during the last two sets, which, as Poliquin suggests in his original write up, is due to neurological adaptations.

There are, however, some downsides to German Volume Training.

The sheer volume of this routine will leave you sore as fuck, to the extent that moving your body to do anything becomes a chore.

So ensure you are eating and sleeping well (at least eight hours per night) as this will play a huge part in optimising recovery, in addition to ensuring that you wont overtrain and crash.

Remember, your muscles grow during recovery, not during the act of lifting weights, so optimising your time away from the gym is just as important to driving muscle growth

Also, because of the high set and high rep range, bear in mind that there’s no chance of lifting anything near max effort.

This is not a strength workout.

Moreover, you may even see a decrease in your overall strength and 1RM.

But so long as your ego can handle that, stick with it.

Just think of the muscle gains, my friend.

German Volume Training is barbaric, tried-and-tested muscle building routine which will sort the men from the boys.

Pushing your body to the limit with six weeks of GVT is the ideal way to shell-shock your body and smash through any muscle growth plateau.

You’ll end each session weeping, cursing and crawling your way out of the gym!

Any of you guys and gals fancy giving GVT a shot?

Have you tried any other mass building routines that you’d recommend?

I’m excited to hear your thoughts – and if I can help you out in any way let me know!