A city in the north of England, famous for Leeds United Football Club, binge drinking and celebrity paedophiles.

However, in the mid-twentieth century, this old industrial town was put on the map for something other than booze, sex crime and a mediocre football team.

It was home to Reg Park – one of the greatest bodybuilding personalities the world has ever seen. 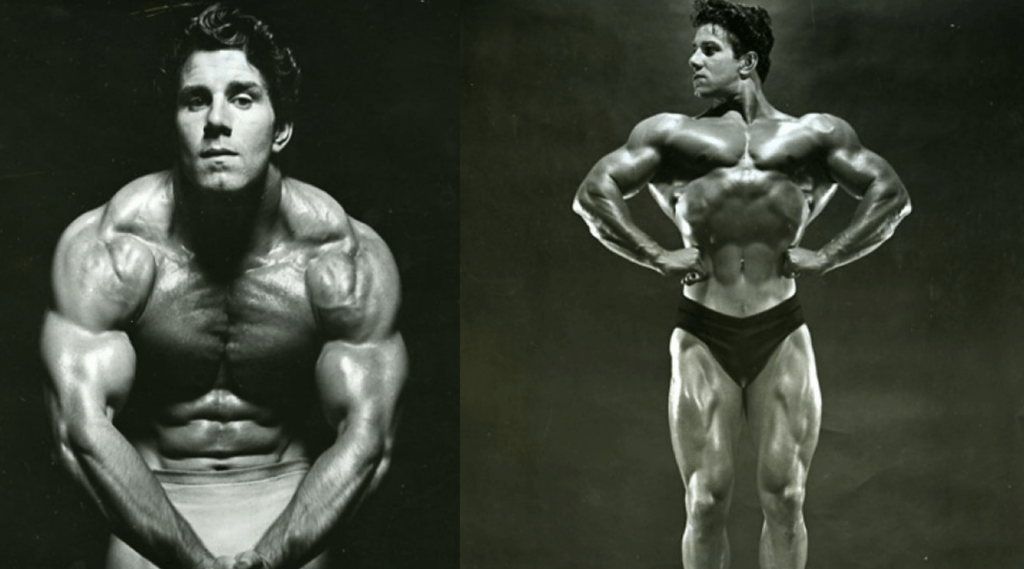 Park was a man who practically defined bodybuilding as we know it today, introducing many facets of the sport which we now take for granted.

His impressive pre-steroid physique, Herculean strength, dedicated work ethic, charismatic personality and incredible achievements, both on and off stage, have inspired generations of young men – most notably Arnold Schwarzenegger himself – to follow in his footsteps and become big ol’ hunks of muscle.

What follows is a tale of ambition, conviction, dedication, glamour, obscene amounts of food, and one man’s epoch-defining vision.

Please note, if you’ve come to this page via the Google search ‘100% British Beef’, you may be disappointed, as, despite some parallels, this is not a story about cattle meat or gay pornography.

As a young boy, Park excelled in athletics, notching up 10.3 seconds for the 100 yard dash, and football, where he played for Leeds United reserve team.

While recovering, his interest in boydbuilding was piqued by a copy of ‘Strength and Health’ magazine which contained a picture of American bodybuilder Vic Nicolette in a lat spread pose.

This proved to be a defining moment for Park, and from this point on his mind was made up: whatever it took, he was going to build the best body on planet Earth.

Park’s early training conditions resembled a scene from the film Kes – a far cry from the roomy, well-equipped, air-conditioned gymnasium’s frequented by today’s crop of bodybuilders.

He began training in earnest in his parents’ back garden using dumbbells, a barbell and a simple chinning bar.

Naturally, training outside in the north of England meant one thing: sub-zero temperatures, pissing rain, and locals constantly fusing their definite articles with preceding nouns.

These austere conditions forced the young Reg to wear military boots and multiple layers of socks and sweaters to get the job done.

Lacking the equipment that nowadays we take for granted, Reg was forced to improvise, using, foe example, a sand bagas a makeshift bench to barbell press.

After this energising success, Reg’s dream to become to biggest man on the planet brought him to America, where oxen-sized figures such as Steve Reeves and John Grimek dominated the sport of bodybuilding.

It was here that the young man from West Riding Yorkshire met ‘Master Blaster’ Joe Weider, founder of the IFBB and Mr Olympia, who began featuring him on the cover of his bodybuilding magazine ‘Your Physqiue’ (later to become ‘Muscle and Fitness’).

In 1950, at age 22, Reg competed in the NABBA Amateur Mr Universe competition for the first time, coming in second to the inimitable Steve Reeves.

The next year, after a ‘murderous’ 3-hour-a-day training routine, Park won the competition with considerable ease.

Park became an unstoppable force in the sport throughout the 1960s.

He developed a body the like of which had never been seen before; with its perfect blend of bulging size, sharp definition, symmetry, grace, and cock-sure confidence oozing from every pore, Park had carved a physique that was simply untouchable.

Indeed, standing at 6’2″ and competing between 230-250lbs, he was quite emphatically the biggest bodybuilder of the pre-steroid era.

Muscles were his business, and business was good.

Park was also the first bodybuilder to make the transition onto the silver screen, laying the path for the Hollywood musclemen that would go on to dominate Hollywood in the decades to follow.

Reg starred in five films between 1961 and 1964, four of which were ‘Sword and Sandals’ epics where he starred as Hercules.

In 1961, he appeared in ‘Hercules and the Haunted World’, where he starred alongside dirty wizard Christoper Lee.

Although all of these films were unequivocally terrible, without them it is unlikely we would have seen his disciple Schwarzenegger star in absolute classics such as Hercules in New York, Batman and Robin and Junior.

On a side note, perhaps Arnie’s pregnant gut in Junior is in some way responsible for the ballooning HGH bellies we seen paraded around the Mr Olympia stages today.

A great look, of course, provided you find pride in looking more like the fat armoured turtle from Mario Kart than an actual human being.

Reg Park touched many bodybuilders over the course of his career (figuratively, not sexually, the Gymtalk lawyers have advised me to add).

As I’ve mentioned already, Arnie used Reg Park as a template to shape his own career.

Seeing a picture of Reg on the cover of a bodybuilding magazine, the young Arnold decided that “he was so powerful and rugged-looking that I decided right then and there I wanted to be a bodybuilder, another Reg Park.”

Upon meeting his idol in 1968, Park invited Arnold to train with him and live with his family in South Africa. 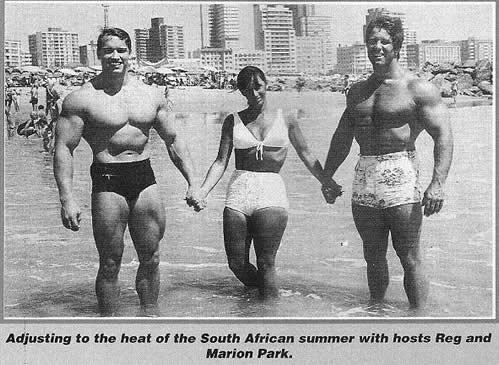 They developed a strong friendship, and Park became a mentor and father figure to the young Austrian.

This relationship is touched upon in a deleted scene from the film ‘Pumping Iron’, which you can view below:

It was also Reg who convinced Arnold to pursue an acting career, urging him to star in ‘Hercules in New York’.

This was probably not the wisest advice Reg ever gave Arnold.

If you ever catch this film on television, DO NOT watch it, it’s one of the worst films ever made.

That’s unless you’re a homosexual anti-Semite with a penchant for toga-bound Eastern Europeans.

In which case you’ll probably have a few minutes of decent wanking material.

In 1970, Reg, now aged 42, competed against Arnold in the Mr Universe competition.

He was only narrowly beaten by his disciple, losing out to Schwarzenegger by just half a point.

Over the years, Arnie paid many touching tributes to Reg Park, but perhaps none more so than the speech he gave at the 1997 Arnold Classic where he presented his hero with a lifetime achievement award:

His philosophy – which we firmly adhere to here at Gymtalk – was that if you wanted to get big, you needed to get strong, a notion which has been lost in the deluge of chemicals, isolation exercises and hypertrophy nonsense which guide most of today’s aspiring bodybuilders.

As the man himself said:

I believe that from a bodybuilding point of view only physiques which have been developed by strength principles will bear the true characteristics of a champion physique, these characteristics in my opinion being maximum muscular size with definition and strength in proportion to one’s size.

And Reg was seriously strong.

He was the first bodybuilder – and the second person ever – to bench press 500lbs.

Park’ strength was, in part, fueled by the now famous 5×5 training programme, of which he was something of a pioneer.

However, Park’s 5×5 workout differed from similar routines today, such as the popular Stronglifts regime.

His workout was designed not to tax endurance, as the first two sets were warm-up sets at around 50% and 70%, and the rest between the last three sets ranged from three to five minutes in order to ensure full recovery.

He wasn’t someone that pissed around with 60 minute workout in order not to sacrifice growth hormones either.

He trained like a pneumatic erection, bulldozing his way through high volume workouts which often lasted up to two to three hours at a time.

If you’re interested in replicating Reg Park’s workout, you can find more details about his 5×5 programmes below: 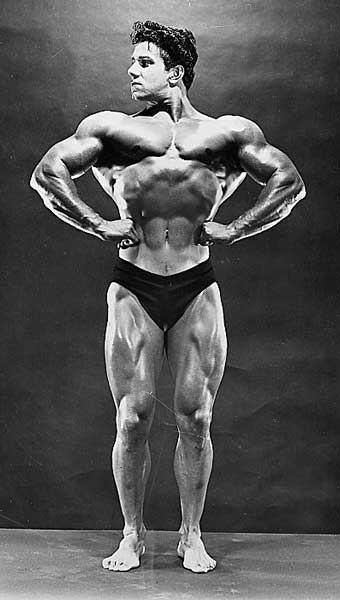 These days, we are accustomed to bodybuilders fastidiously monitoring their diets.

As such, it might come as a surprise to some that Reg Park literally ate everything and anything.

And I mean everything.

Throughout his career, he shoveled down food like a hippo with the munchies, eating “like a king” 24/7.

His diet, per day, comprised gallons of milk, a dozen eggs, 4kg of steak, cakes, mounds of vegetables, and pints of Guinness.

His 5am morning meal, as recounted nostalgically by Arnold after his death, consisted of cornflakes sprinkled with protein powder.

In 1952, Reg Park married Mareon Isaacs, an ex-ballerina, in Johannesburg.

The newlyweds settled in South Africa where Reg, ever the shrewd businessman, went on to establish a chain of successful gymnasiums.

Right up until his death, Reg continued to train clients at the Virgin Active Morningside Gym in South Africa.

He left behind two children, daughter Jeunesse, son Jon-Jon (a former Olympic swimmer and owner of Legacy Gym in LA) , and five grandchildren.

What Reg Park achieved, without the use of anabolic steroids, emphatically cements his place in the pantheon of bodybuilding immortals. 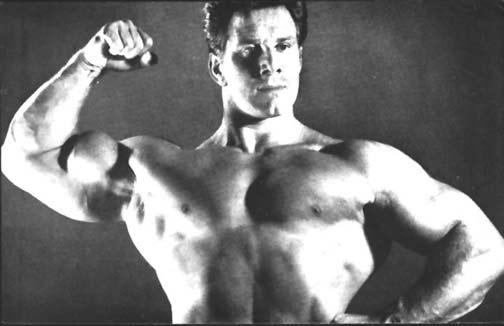 He is a testament to what the human physique can achieve without chemical enhancement.

His was a physique borne exclusively out of hard work, not a dependance on drugs.

Ultimately, like many of the greats, Park is someone who transcends his sport: he is not just an example of a great bodybuilder, but a visionary, a trend-setter, a thoroughly decent bloke, and a testament to the tenacity and beauty of the human spirit.