In the first half of the twentieth century, your worth as a human being was judged by a stoic readiness to lay down your life for Queen and country.

Nowadays, it is determined by how many people like a filtered photo of your dog/lunch/tits on social media.

In fact, if you don’t have over a hundred followers on Instagram, you might as well just fucking kill yourself now, because your life is technically not worth living.

Never is this form of social verification more prevalent than in the fitness world, where vanity, superfluity and braggadocio run rampant, like a horde of British 18-30s abroad, unloading their WKD-infused cock snot into every last continental nook and orifice.

With that rather unpleasant similie in mind, here are some of the main offenders in the fitness industry when it comes to filling up Instagram with utter fucking shite.

The personal trainer will spend all of their time on Instagram promoting their free ebook (£50 introductory offer) by showing off transformation photos of clients.

These transformation photos will essentially showcase two identical physiques but the ‘after’ shot is better lit and shows the client simply breathing in. 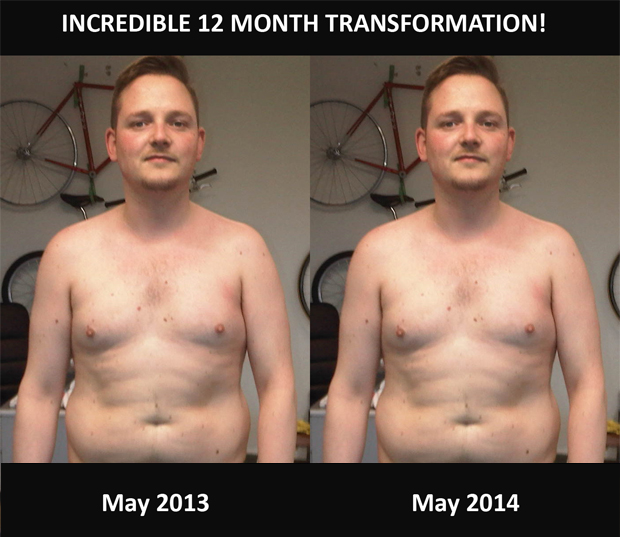 The PT will scribble some congratulatory guff about how hard work and dedication pays off, along with 50 emojis and then promote their free ebook (£50 introductory offer) for the third time in one post.

The comments will be full of other current clients congratulating the person in the transformation pic – apart from one person who, like the little boy in The Emperor’s New Clothes, questions the identicality of the two photos.

This heretic will be subsequently pilloried with abuse along the lines of “What have you ever done you fucking prick?”

Which is fine – I’ve knocked out a few decent wanks thanks to Instagram – but amid all the titillation there will be a handful of profiles that have egregiously misjudged the fine line between harmless gym selfies and prostitution.

Scroll down the profile in question and you will see glistening backsides where you can virtually map the contours of a vulva and slow motion videos of glute kickbacks punctuated by rhythmic grunts and Playhouse by Pretty Ricky.

All accompanied with a nonsense spiel about how this useless demi-slut has bossed her glute workout for the fifth time that week while espousing the need to stay motivated and trust in herself.

Oftentimes she will offer up a morsel of inspiration, such as “Chase your gym goals like you chase your dreams”.

This will be followed by a torrent of comments from her all-male fanbase about how much they want to unload a gallon of sperm into her dung funnel.

This pathetic waste of semen will have a handle such as ‘Stezman’ or ‘The Big Chill’ and will use Instagram solely to hunt down notches. 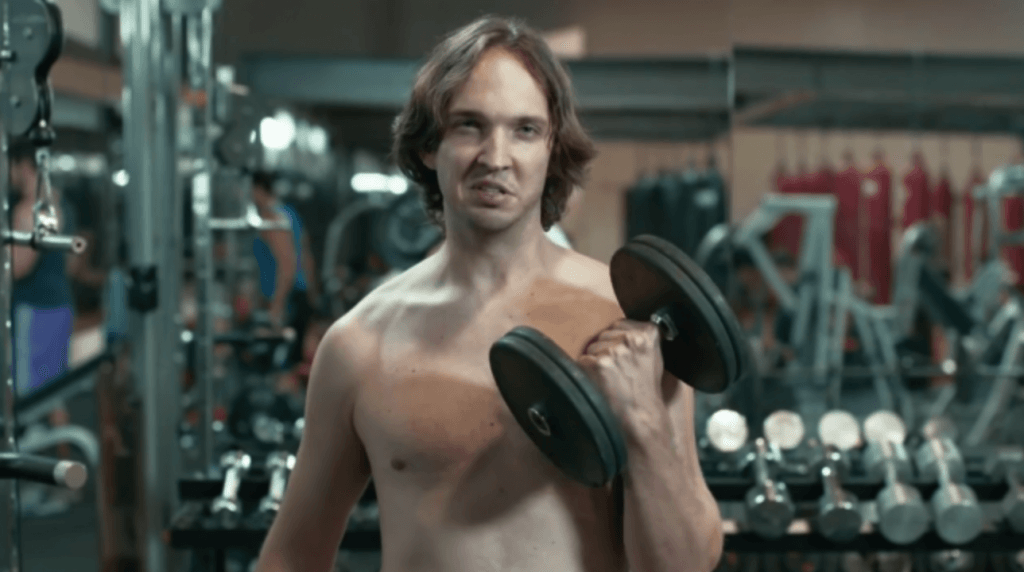 In most cases he will be in a long-term relationship and Instagram will be his last remaining bastion of infidelity.

All other social media and dating apps on his iPhone have reached DEFCON 3 lockdown status after a previous Tinder conquest rumbled his relationship and torpedoed his cover by Facebook messaging his girlfriend.

Instagram is all he has left (largely traceless) and he uses it with masterful tact and prudence.

His profile will be sparsely populated (should any inbound leads trickle through) with semi-naked gym selfies, all showcasing his assortment of shitty GymShark tracksuits, designer haircuts and terrible tattoos.

However, most of his efforts will be channelled towards the outbound sales funnel.

With his libidometre swinging wildly like a Glaswegian drunk on an ice rink, the creep will pursue potential marks by searching for location-based hashtags (#Chelmo if based in Chelmsford) and leaving non-threatening comments such as “nice hair” or “cool gym outfit”.

Reminder: all characters appearing in this work are fictitious and any resemblance to real persons, living or dead, is purely coincidental.

This guy is, quite simply, a complete cunt.

He will usually claim to be a physique competitor, sponsored athlete, fitness entrepreneur, or some other bullshit.

In reality, he has been working out for a few years and has achieved some decent muscle tone while maintaining very low body-fat – although in a jumper he looks no different to anyone else in Llyods on a Saturday night.

Thanks to some touched-up selfies and buying 10,000 Instagram followers from Burkina Faso, he has managed to dupe some marketing intern at Optimum Nutrition into thinking he’s a social media fitness influencer, and has been given a practically worthless Level 1 Sponsorship deal.

Now he’s on Instagram posting five times an hour about how he’s best mates with Greg Rutherford, works out abs three hours a day, and next year will podium at UKBFF Great Yarmouth.

Everything will be underscored with so much self-congratulation you’ll be forgiven for thinking he has negotiated world peace.

The philosopher displays similar off-the-scale vanity to the sponsored athlete, but instead of delusions of professional success, they genuinely believe they are the next Nelson Mandela, but perhaps more culturally significant, as Mandela quite clearly didn’t lift.

He/she will hilariously blend gym selfies with motivational quotes – for example, a monochrome snap of an intense pec-dec workout might be partnered with a quotation such as, “If you are neutral in situations of injustice, you have chosen the side of the oppressor” (Desmond Tutu).

Each inspirational picture will be watermarked should anyone (vrrrrrrrrrrp) decide to share it. 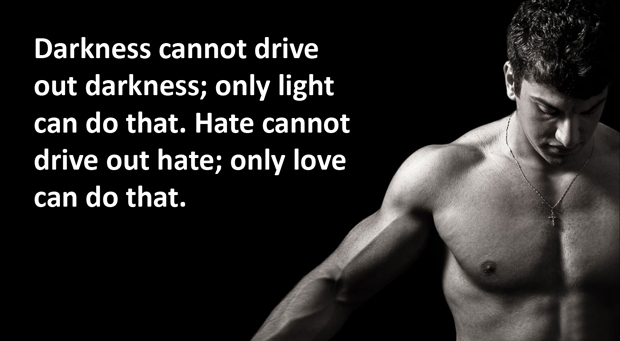 The philosopher will often quite comically get carried away with hashtags…

The Crosfitter’s Instagram account will be characterised by pictures of unappetising Paleo meals, shitty workouts scrawled on whiteboards, and an overbearing sense of dogmatism and self-righteousness.

When in reality all they’re really doing is paying £200 a month to do barbell complexes and circuit training.

The WOD (that’s ‘workout of the day’ in case you haven’t had it rammed down your throat already) will also be written verbatim on the IG post too, something like: 200m run, 5 press ups, 200m unicycle, 100m cartwheel, 100m worm, 50 reps deadlift.

This will be followed with comments such as “Gotta love burpees”, “First I felt like dying, then I felt reborn”, “Or I would rather inject myself with full blown AIDS than not have Crossfit in my life”. 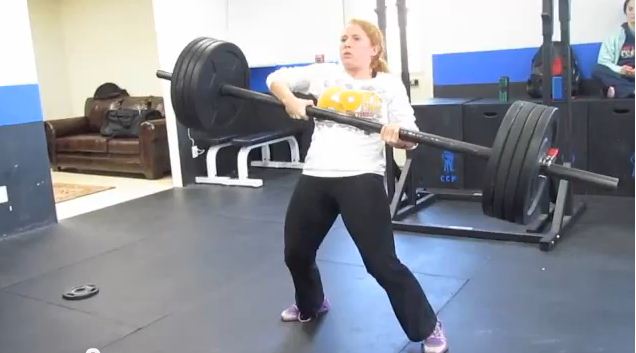 All workouts will be captured via a minimum of five cameras and chalk will be peppered absolutely everywhere (think family party at the Houston household).

They will also constantly whine about the need to buy organic coffee, all so some cunt in Zimbabwe can add a second bathroom to their mudshack.

So there we have it, six fitness personalities on Instagram to look out for (and subsequently block).

Don’t forget to give Gymtalk a follow too – you can find us at http://instagram.com/gymtalkuk.

Recognise any of these personalities?

Sound off in the comments section below!