As any regular readers of the blog will know, we’re big advocates of the old school approach to bodybuilding.

In the 40s and 50s bodybuilders favoured intense full-body routines, lots of rest and recovery and a focus on general health and wellbeing.

Their bodies were natural and beautiful; every man wanted to look like them and every woman lusted over them.

These days, however, bodybuilding is full of juiced up monsters who elicit more laughter and derision than respect and wonder.

Their physiques have the same structural integrity as a pile of soggy newspapers, average life expectancy is lower than a Dickensian orphan, and, perhaps most harmfully, this farce of a sport has propagated the notion that bodypart split routines are the most effective way to build muscle.

Walk into any gym around the country and you’ll see people of all ages training just one body part per session using the 3 x 8-10 reps protocol and 10 different variations of the same movement. 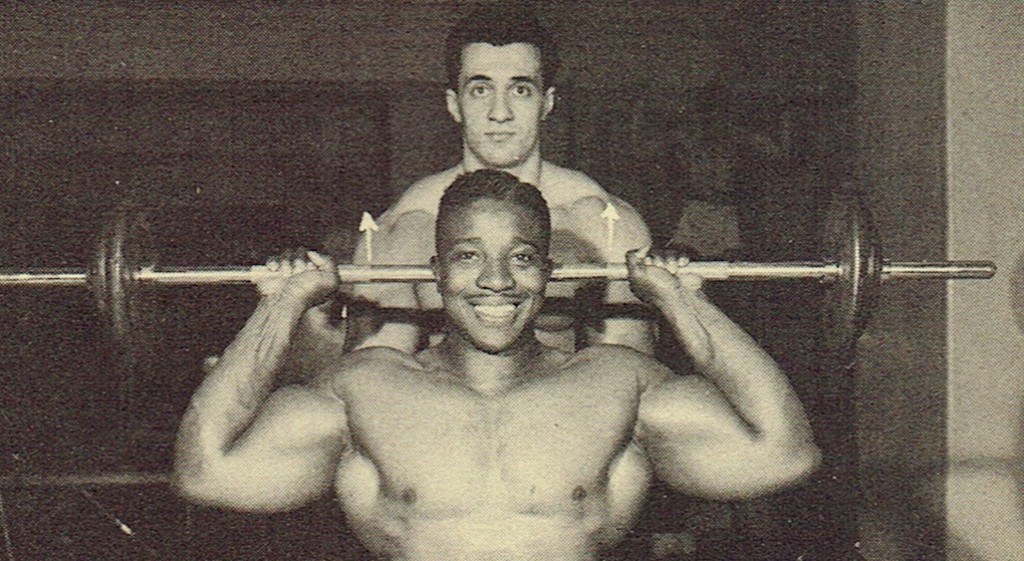 Before the advent of steroids, the great bodybuilders such as Steve Reeves and John Grimek had, through trial and error, completely refuted this approach, learning first-hand that this protocol was no way near as effective as full-body training.

Fact is, split routines only work if you’re on a very advanced drug programme.

If there’s no drugs in your system, full-body routines will build muscle mass faster than any other approach.

By hitting all the big lifts every session your body focuses on training the motor skills and neural pathways involved with these movements and you will progress much faster.

With bodypart splits you wait too long before repeating an exercise which is extremely inefficient and slows progress.

Why most people haven’t figured this out yet I have no idea, but we’ll keep ramming this message down your throat until everyone starts to cotton on.

So, today, we’re going to look at a full-body routine which was favoured by one of bodybuilding’s all-time greats.

Leroy Colbert was a bodybuilding legend of the 1950s and the first person in history to build 21 inch arms.

In 1953, he appeared on the cover of Joe Weider‘s ‘Muscle Power’ magazine, an acclamation that was unprecedented for a black athlete at a time when civil rights was but a pipe dream. 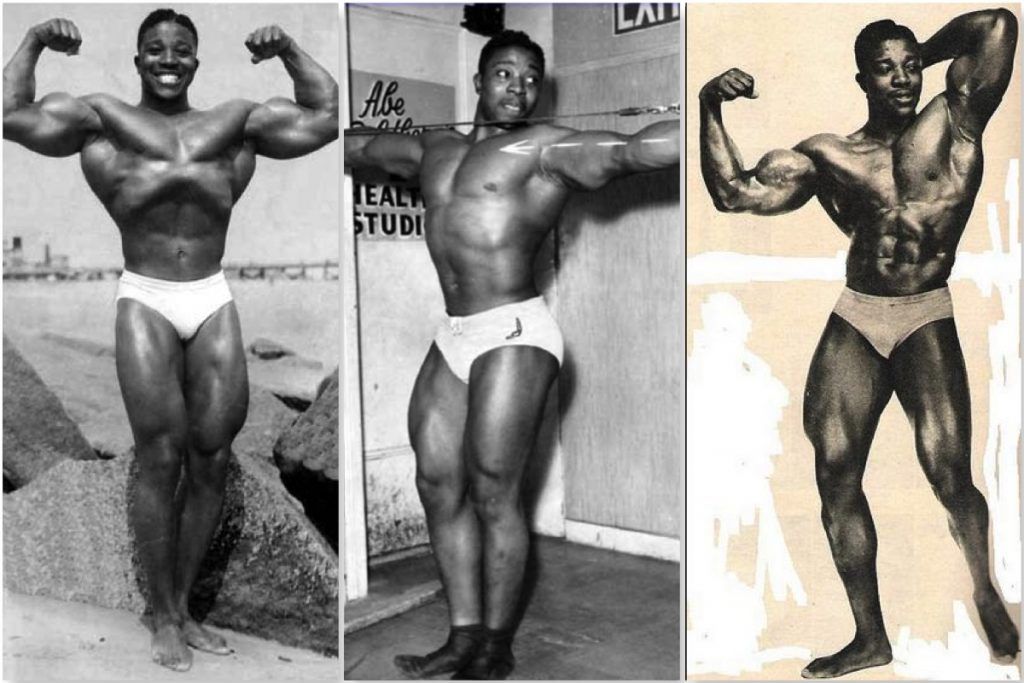 Like all the other greats of the 40s and 50s, Colbert built his physique naturally using full-body routines, and, since retiring, right up until his passing in November 2015, was highly critical of modern bodybuilding and split routines.

The ‘Full-Body Blitz’ is one of the more demanding routines used by Leroy Colbert and other champion bodybuilders back in the 50s.

Like all full-body routines, the Blitz hits multiple bodyparts in the same session, focusing on no more than two key exercises per muscle group.

However, the chief aim of the Blitz is to force continued muscle growth after a period of stagnation with your regular routine, to shock your muscles from boredeom with extra stimulation for a short, intense period of time.

In that respect, Leroy Colbert’s Full-Body Blitz has much in common with other brutal transitory-type routines such as German Volume Training and 20 Rep Squats.

As with these routines, you must be willing to bust a nut, but the rewards will be well worth the effort, as your muscles are forced to readjust to the severe demand you are placing on them.

Thanks for sharing – we really appreciate it!

This routine is absolutely not for beginners due to the high volume/high intensity nature of the workout.

Colbert suggests that no-one should attempt the Blitz until they have trained with weights properly for at least one year, otherwise you’ll risk injury.

Colbert recommends following this routine for two to four weeks, working out 2-3 times per week.

Then you should rest for a week before resuming training again at a normal pace.

After a few months of normal training, you can, if needed, resume the Blitz and start the cycle over again.

Rest for a minimum of two days between each Blitz workout.

As with all full-body routines, remember that recovery is the key, so maximise your nutrition on rest days and ensure that you get at least eight hours sleep a night, preferably 10.

Make sure you’re drinking plenty of water and consuming roughly two grams of protein per pound of bodyweight.

Get your nutrients from healthy, wholesome foods, such as fish, steaks, poultry, dairy, fruit and vegetables.

Supplement-wise, Colbert suggests a good protein shake to help you meet your protein needs and, due to the strenuous nature of this programme, at least four grams of glutamine per day to expedite muscle recovery. 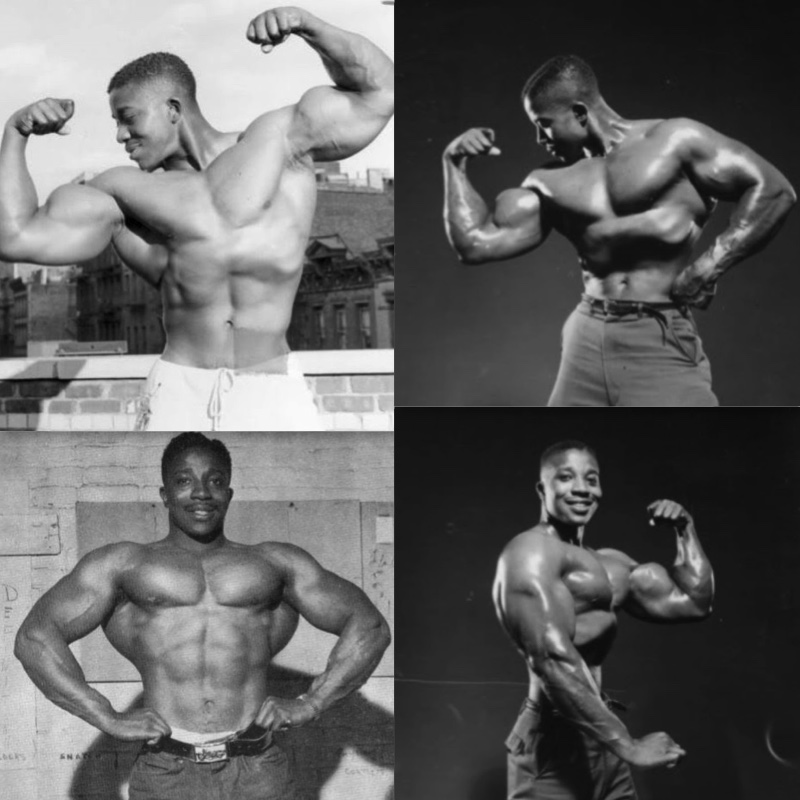 Use it to dial up your workout intensity for a few weeks and induce continuous muscle gain, forcing your muscles to grow thicker and wider.

Even those short of time to complete the full Blitz can still employ the principles of this routine with some moderate improvisation, jolting your body just as it becomes accustomed to your regular routine with a few weeks of high-volume, high intensity, fucking mental full-body training.

Are you hitting your muscles with the same old song and dance every week?

Then it’s time to shock the hell out of them with Colbert’s Full-Body Blitz!

Be sure to let us know how you get on in the comments section below!