Welcome To The Gyms Of My Life

Welcome To The Gyms Of My Life

Much like “the times” in a Bob Dylan song, Neo’s answer phone message, or Michael Jackson’s skin colour, changing gyms is a natural part of our lifting lives.

But the gym will always be there for you in a manner of different forms.

In this post I’ll be your guide as we explore the six stages of gymdom.

You might find a few of these places familiar…

This gym was an afterthought – amidst the badminton courts, yoga studios and kids club there is a small room crammed full of machines.

The bench press machine will go up to a whopping 75kg and as you bash out a set of 30kgs you wonder how anyone could be that strong.

The average clientele is 40, looks 50, and has a beard, and that’s just the women. 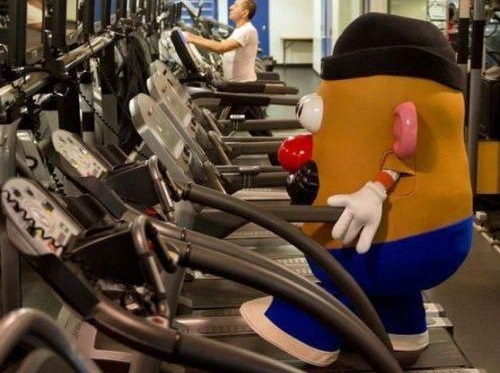 Membership cost: Pay as you go, £3.40 a session. A bargain, particularly as you only go twice a fortnight.

Verdict: You built zero muscle during your time here – if anything you lost it having to cycle seven miles just to get there.

Key characteristics: Modern facilities (the £3-9k has to go somewhere)

Once you’ve leered at the freshers on the sexualiser (they know what they’re doing) you’ll enter the free weights area.

To your surprise, no-one’s really that big?

Nor does anyone seem to know what they’re doing?

Then again, you’re a student, why would you need to look on the internet or watch someone far less educated than you tell you how to workout?

You know everything right?

Squats and deadlifts are almost never done, except by the rugger buggers, but they just look fat, so why would you copy them?

Membership cost: Sign up in freshers’ week for the pre-10am special and it’ll be £11 per month – which would be a bargain if generally at 10am you weren’t lying face down on your bedroom floor covered in promotional flyers, questionable kebab meat and last night’s VK Blues (2 for £2).

Verdict: You still haven’t built any muscle, you just think you have.

You’ve finished university and are so over it already.

You’ve settled nicely into that graduate job but the Tesco Meal Deals and nine coffees you now realise you need to get through the day are really starting to take their toll.

Despite a fairly competitive salary you’ve been throwing your wad around in Yates like you’re Don Corleone of a Saturday, so decide it would be best find a slightly cheaper gym.

And success – there’s one of these new 24 hour gyms open just 10 minutes from your house.

After going on the tour with an overly-enthusiastic, possibly homosexual “PT”, you’re signing up to a six month deal with a free shaker thrown in.

You’ll split your time between teacherless spin classes and split routines found in Flex magazine and Men’s Health (mainly arms and abs) and you begin to see some gains.

However, amidst the hoards of posers and utterly sickening “three more for Malia” chants from tossers already decked out in their lads holiday t-shirts, you can’t help but feel that you’re… somewhat better than all this.

You leave after three months and don’t bother arguing about your subscription.

Verdict: Fuck me, is that an ab?

This gym will either be underground or in an old warehouse.

No aircon, no sauna, no fucking about!

During the induction you see 10 people among the free weights; nine of them are larger than you and the other is the child of one of the lifters (odd).

Few women attend the gym but those who do are like Xena the Warrior Princess – terrifying and arousing in equal measures.

The plates will be plentiful if a bit rusty and the heaviest dumbbell is similar to a baby elephant.

Your girlfriend isn’t overly happy with you training there.

“I hope you’re not going to take steroids!” 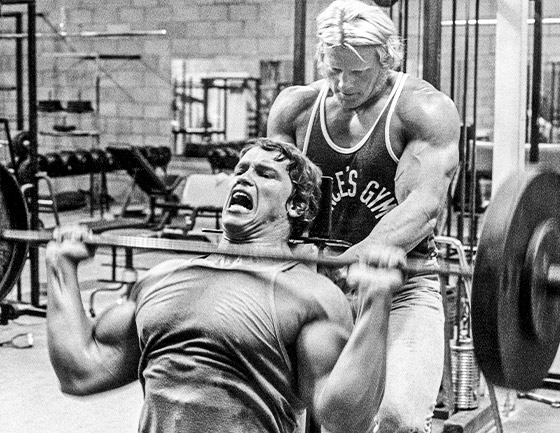 You’ll flitter between high rep routines like GVT to Stronglifts 5×5 and then mix it up with Shortcut to Size, trying to emulate some of the other monsters, all the while too scared to ask them for advice.

Ultimately, while this gym has everything you could possibly wish for in terms of equipment, after a few years you (your girlfriend/wife) feel that maybe a swimming pool and spinning classes might be nice to have instead.

Whilst really resenting the Scottish wanker and the three hour induction including a full medical (the prostate examination seemed a bit much), you’re sold by the immaculate changing room facilities and ample car parking.

Plus you’re married now and the key to a healthy marriage is doing things together: “Yes darling, I’d much rather do that Rainbow Rhythms dance class with you than deadlifting 200kg, that was the old me.”

Thankfully, the unwritten rule about drinking all the complimentary juice remains unwritten, allowing you to recoup some semblance of value for money.

The personal trainers all look like Tom Hiddlestone and you take some comfort in the fact you could definitely overhead press one of them if that situation happened to arise.

Secretly you yearn to be back in gym #4.

But sadly, as time goes on, and you accept that middle management promotion (£2k extra and one day more holiday per annum), your love of the gym starts to wane.

In the end you just about manage a few lengths of the indoor/outdoor pool after a couple of sets on the chest press machine.

Your muscles fade, but you know what, that’s fine.

Key characteristics: Ukrainian masseuses – back of the net!

It’s a long time since you’ve set foot in a gym, and completely unrelated to that failed company medical, you’ve decided it’s time to get back in shape.

Yes, surprisingly a diet of red meat, red wine and black coffee isn’t as good for you as every single Italian would have you believe, and thus it’s time to get some fitness back.

The CFO mentioned this place he went to, and you see it as a great way to gain favour with upper echelons of the company and something to get you out of mowing the lawn Sunday morning before the football starts.

This place oozes class, no wonder you were on a six month waiting list.

Much to your actual delight, no real exercise actually takes place here.

You just sit in the Jacuzzi with a six berry smoothie, talk politics in the steam room (100% conservative – some talk of defecting to UKIP), and discuss second homes in Portugal over the complimentary sandwiches.

And despite not really burning any calories, you leave feeling utterly refreshed.

See you again next week fellas!

So that’s that – what gyms have you been to from this list?

We’d love to hear from you – hit us up in the comments section below!