The Only Magic Bullets You'll Ever Need

The Only Magic Bullets You’ll Ever Need

Most people in life are lazy and rightfully so.

Our lizard brain is always looking to conserve energy as it probably thinks we’re still roaming the Savannah, sprinting after warthog and bonking cavewomen from noon to dusk.

It never predicted that the closest most people in the twenty-first century would get to hunting is polishing off some cheap ale in a Wetherspoons pub, hitting a kebab shop, before heading home to knock one off over a video of a Solvenian bird getting fucked on a tractor.

This lazy streak pervades everything in life – particularly the fitness world.

Everyone wants a magic bullet to escape the harsh reality of sweat and toil.

Social media is awash with ‘overnight solutions’ for getting in shape, most of which are endorsed by clueless celebrities.

Lured in by some cash and the opportunity for self-promotion, these cocknozzles will put their name to a contraption that promises to create a ‘thigh gap’ within 30 seconds, when, in reality, it’ll only create a gap in your wallet as you hand over the readies for a piece of scrap that looks like it has been scraped off a gynaecologist’s workstation.

They’ll zone in on hypnotic buzzwords such as ‘calories’ and have you sitting in a machine which resembles a prop from the latest Star Wars film, created by the fertile mind of George Lucas after a four day meth binge.

The infrared laser technology will quite literally melt away last night’s Grey Goose fuckfest – and most probably give you brain cancer – while you sit there reading some celebrity gossip rag.

Supplements are provided to ‘enhance’ your lifestyle and replace the garbage you throw down your neck every weekend, like George Michael locked in a toilet cubicle with nothing but a glory hole for company.

Workouts are thrust down your neck at £50 a pop, consisting of leg raises and butt clenches that will banish cellulite, all promoted by some vapid reality TV ‘star’ who’s secretly paying a top personal trainer to get the results that their new fitness DVD promises to deliver.

This is all a smokescreen – a marketing ploy designed to lure you away from the truth and make someone a whole load of money.

We all have the ‘magic bullets’ to get results and make any workout effective.

Without a doubt, consistency is one of the most important magic bullets out there.

If there’s one thing I have realised after 14 years of training, it’s that consistency trumps all. 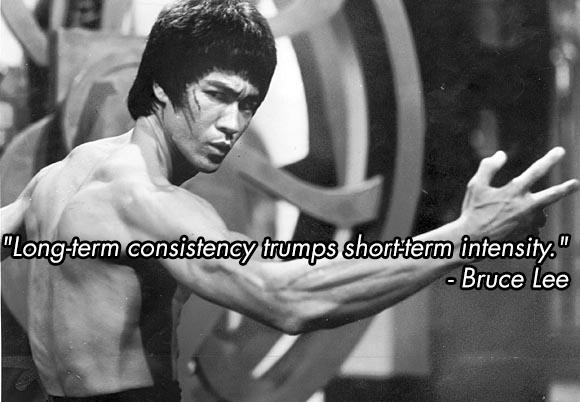 You have to be consistent if you want to make solid progress.

Turning up sporadically isn’t going to cut the mustard – you need to clock in, do the work and get the fuck out, SAS style.

It doesn’t matter if you have a ‘bad’ workout, we all have a ‘bad day’ at work, but we still turn up and get paid.

40 shitty workouts over three months will have a better effect that two stellar sessions done over the same period.

Take a look at your behaviour during your workout.

Are you moping around wondering what Instagram filter you should use to best capture your next set of tricep pushdowns?

Are you chilling with the guys between sets, talking about the clunge you never scored at the weekend?

If this is the case then, chances are, you’re probably still shifting the same weight you did when you joined the gym.

And you still resemble Boy George after a weekend on diuretics and pre-workouts all washed down with methadone.

Get in there, focus, turn off the mental noise sifting through your mind and give it everything you’ve got.

Forget about the social media validation session till you get home.

Lift weights that actually mean something.

Focus on moves that challenge the whole body.

If you’re a regular reader of the blog, you know the drill by now – it’s all about full body workouts built around squat, bench and deadlift.

Click here to see some of our favourite routines.

Leave the wrist curls and other pointless exercises for the pink v-neck fruitdicks who put more effort into their haircuts than getting strong.

Do this as if it’s the last workout you will ever do and apply the same effort as a guy who’s fucking his girlfriend before he goes to prison.

Your gains should match your intensity

It’s crazy to think in this day and age that people turn up at the gym armed with the same knowledge base as Britney Spears at a child care convention.

All you have to do is take a trip to Google, type in a few keywords, and you are overwhelmed with information. 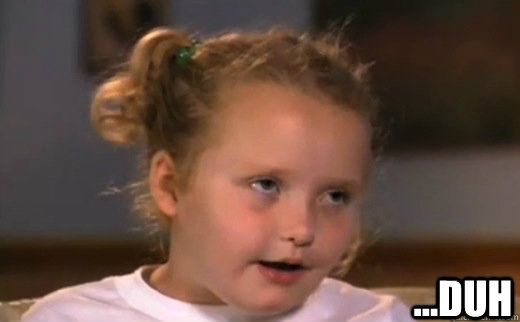 A couple of hours of reading and you’ll start to see a pattern of the same exercises and information popping up.

Folk still wander in to the gym like Stevie Wonder on an episode of Total Wipeout.

The knowledge is out there.

Read up and find out the stuff that has helped thousands upon thousands of people get lean and strong.

Apply said knowledge to the letter and you should get the desired results.

And that’s it – combining these three magic bullets will ensure you achieve the results you’re after.

Forget about oxygen-hogging celebrities peddling their evil wares and trying to fill their pockets with your hard-earned dosh.

It’s time to shut out the noise, get back to basics, and take charge of your training!