The Worst Of The Fitness Industry

The Worst Of The Fitness Industry

When I started lifting weights 10 years ago, if you drunk from a protein shake in public someone would probably spit on your back and call you a c**t.

Fast forward to today, and fame hungry slappers from Geordie Shore are clogging up your Twitter feed with bikini booty workout guides, David Cameron has been spotted canvassing in an East London Pure Gym (“Tories don’t skip leg day”), and even your nan is getting concerned that her Slender Blend from The Protein World is lacking the proper amount of BCAAs.

As with anything that achieves mass appeal, this burgeoning industry has attracted a legion of bothersome dilettantes, otherwise know as “fitness wankers”, who have made social media their home.

This is a collective so execrable and irritating that their mass death in a horrible motorway pileup would even bring Nelson Mandela’s ghost to orgasm.

Here are just some the main offenders – feel free to share any more in the comments section below!

As with any prospering industry, countless companies have jumped on the fitness train solely to make a quick buck – mainly by exploiting the stupid and the gullible.

You’ve probably seen their adverts on clickbait websites, sponsored Facebook posts or popping up unsolicited as you scroll through a vast conveyor belt of pixelated boobs and fannies.

You know the guff:

“You won’t believe this new trick Eamonn Holmes used to get abs overnight!”

“This woman used a new fat burning workout – what happened next will blow your bloody tits off!”

Please, just FUCK OFF, your company is literally the result of someone registering an overflowing colostomy bag with Companies House. 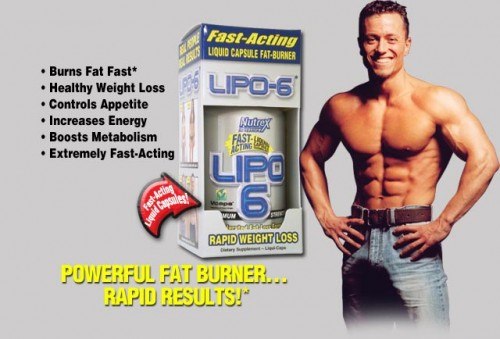 Needless to say, buying any of these products and expecting results is like buying a clown car and expecting it to pass its MOT first time.

These companies exist solely to profit off the insecure, the vulnerable and beginners who just don’t know any better.

They don’t care about your health and wellbeing – only about moving money from your bank account into their own.

Also, not only are these products unsustainable, expensive and backed up by flawed research (or none at all), they’re often dangerous – not just in terms of their detrimental effect on health but also the overall ‘shortcut to fitness’ message they promote.

Just take your testosterone boosters, skinny detox teas and raspberry ketones and cast yourself in to the fires of Mordor from whence you came.

NB: if you’re new to the gym, check out our bullshit-free “Beginner’s Guide to Supplementation” and avoid all of this scammy nonsense.

They will have been paid a few hundred quid by some fitness company to promote a completely ineffectual supplement (“carb blockers”, “slimming bands”) or a crappy baseball cap with a lion or bear on it to their Instagram followers. 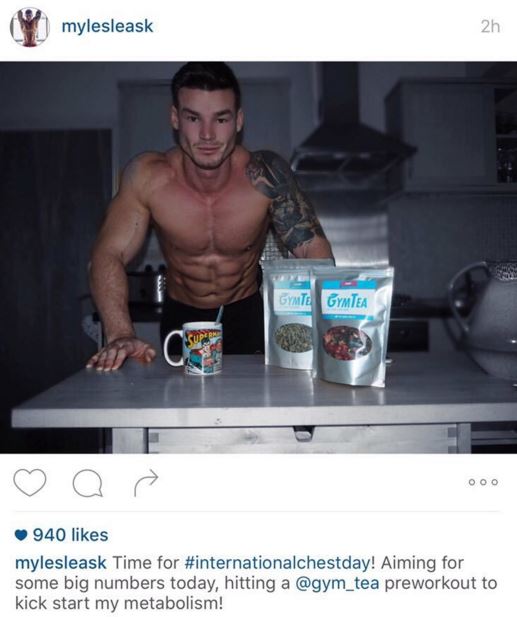 If they’re not a z-list celeb or an ‘Instagram Famous Female Model’ (essentially someone who posts pictures of their tits for a living), the product hawker will no doubt be a ‘brand ambassador’, a completely worthless title which carries with it the same level of prestige as being voted Britain’s Best STI.

The deal will be clinched with a “10% off” discount code which they’ll promote with the unwavering zeal of an evangelical Midwestern preacher who’s trying to convince his parishioners that gays and jews are descended from giant slugs. 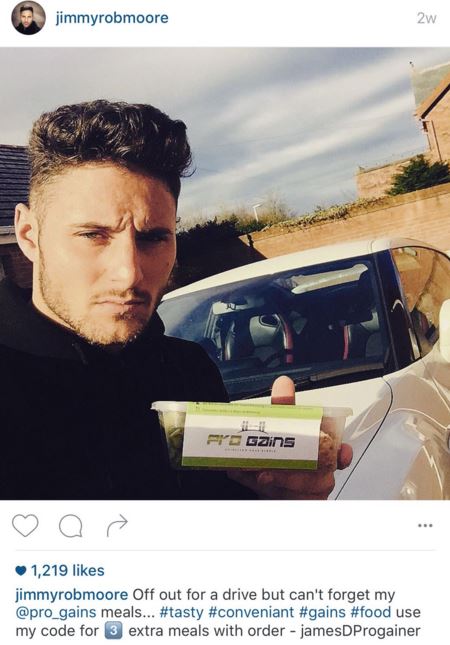 Look really closely, however, and you’ll see a dead-behind-the-eyes gaze – like they’ve just walked in on their dad putting the finishing touches to a giant papier mâché arsehole – as they watch the last vestiges of their dignity and credibility dissolve away into the ether. 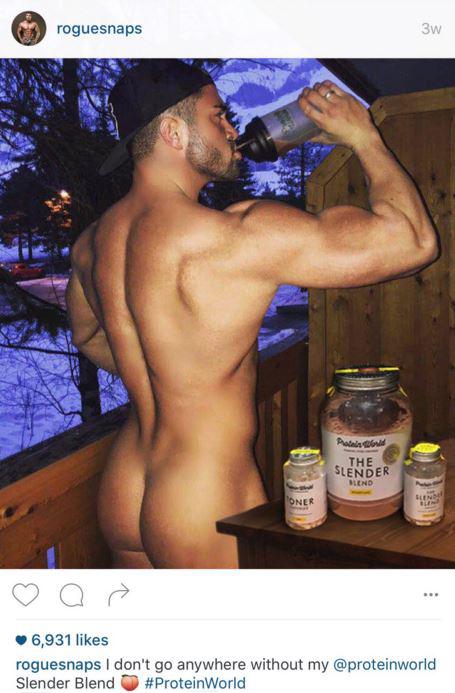 But cheer up, your agent’s just got in touch to say you’ve been offered a place in Big Brother Series 230.

Things are looking up, you won’t have to promote this garbage forever…

If you follow any fitness accounts on social media, you’ll no doubt be used to seeing words like “struggle”, “adversity” and “hardship” being thrown around like in a 1930s John Steinbeck novel.

Just load up Instagram any morning and within seconds you’ll be confronted with some absolute bellend – job title: “Professional Dream Chaser” – standing there in his pants telling you to “rise and grind” and that “a lion does not concern himself with the opinion of sheep”.

Lee put it best in his article “Are You Inspired?” – this whirlwind of cringe is essentially just a “big online dick measuring contest”, and these ballbags are slapping us in the face every time we log into social media.

This is an industry where being shot at by Nazis is comparable to rolling out of bed at 2pm, working out for 30 minutes, before donning a detachable collar and bow tie for your topless butler shift at ‘New York New York’ Wokingham. 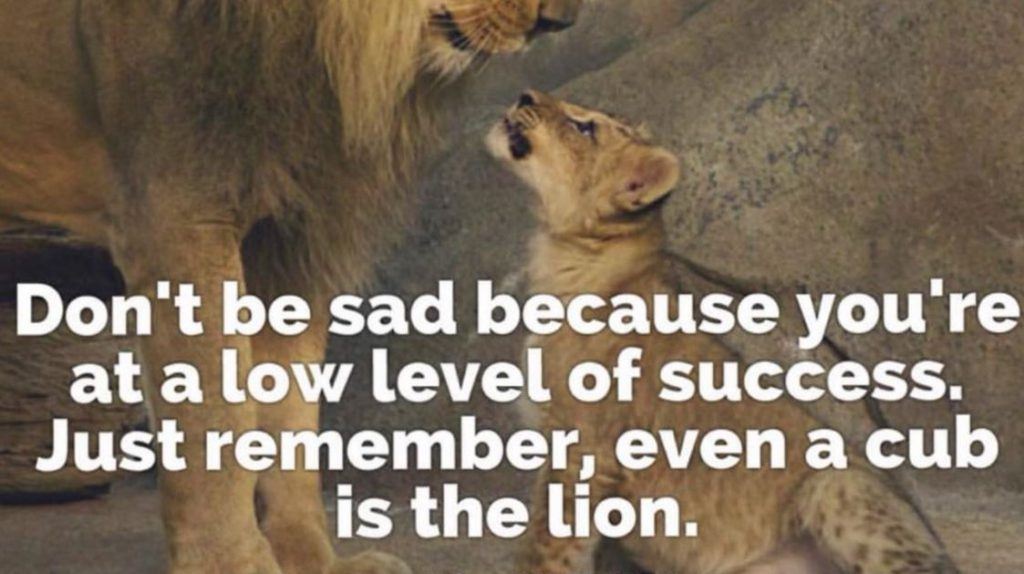 Fitness motivation is all well and good, but please don’t paint yourself out to be some kind of fitness messiah when in reality the only exercise you’ve had all weekend is having to comb some unknown bloke’s spunk out of your hair.

By all means use words like “struggle” if you work a ballcrunching 50 hour week to provide for your family, but not if you’re a part-time PT from Rotherham who’s idea of hard work is 10 reps of cable crossovers.

A great deal of people on Instagram would happily swim across an AIDS infested sea full of sharks and crocodiles to become a fitness celebrity, so it should hardly come as a surprise that there are those out there who touch up their pictures on Photoshop to gain an extra advantage.

And it’s not just the heavyweight demi-sluts of this world like Kim Kardashian who are airbrushing their beach snaps – the trend is widespread.

That burly builder who’s been re-tiling your patio for the last few days?

Re-touching his beer belly and filtering his double chin as we speak. 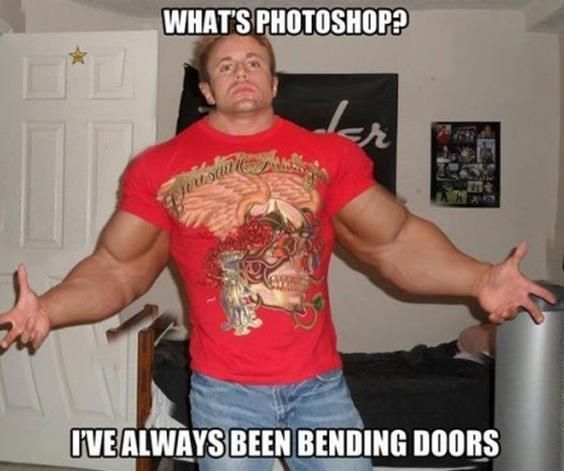 But ultimately it’s not everyday people being a little vain that’s the problem here – it’s those in positions of influence who are setting unrealistic goals with their digitally altered snaps.

Whether it’s a fitness personality shoving a garbage workout split in your face for £70 or a supplement company trying to flog a calorie-restricting meal replacement shake, these heavily photoshopped images are an irresponsible marketing tool used to con the public into believing the “shortcut to fitness” dream and part them from their cash.

Don’t be discouraged by all those throbbing deltoids and waffle-iron abs out there in social media land – in the flesh most of these guys resemble nothing more than a post-op Hermione Granger with a tribal tattoo and a shit haircut.

On the topic of irresponsibility, another deplorable facet of the fitness industry is the deception that surrounds taking steroids.

This irony of a health industry rife with drug use is perpetuated by almost every single supplement company, as they use these heavily juiced models to promote their protein shakes and fat burners to the masses.

In reality, these physiques just aren’t attainable naturally, and to claim they are is, again, nothing short of false advertising, especially when you’re charging silly money for a useless cookie-cutter programme (Simeon Panda). 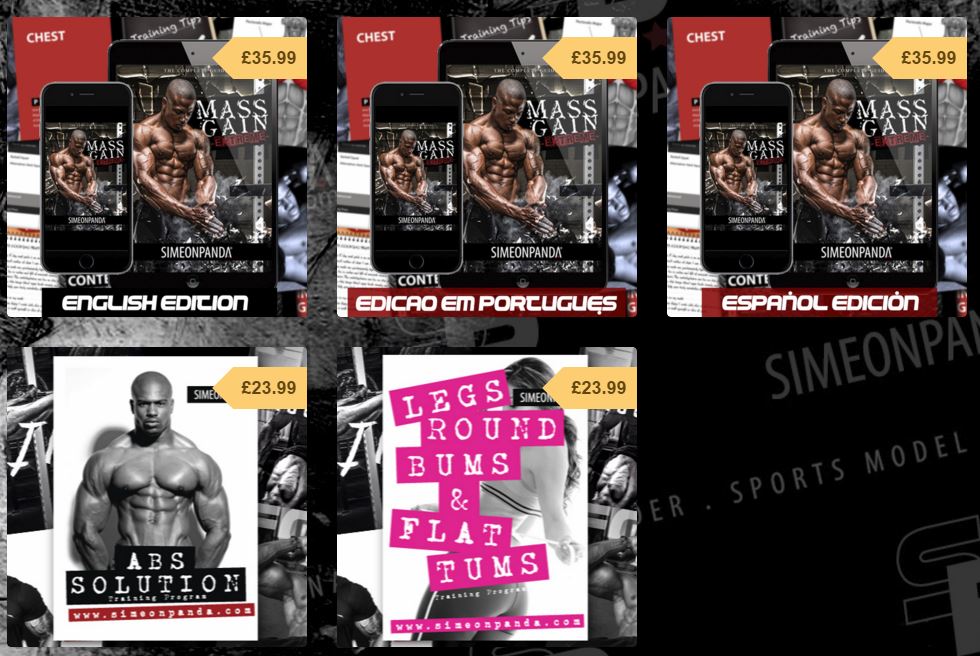 Now, for those of us who do see through the bullshit, sure, this statement is not surprising or shocking.

“Wait… some of these models are on steroids? You’re kidding!!!”

It’s like hearing that Ivan the Terrible had a bit of a temper or that Peter Sutcliffe once pushed a girl firmly in the face.

But people do buy into these lies.

And they pay good money to download training and nutrition plans which are fronted by these scumbags, when, in reality, their own mother could have cobbled together the same advice from a few quick Google searches (see video below for an insight into the scammy underbelly of this industry).

Ultimately, trying to emulate this look by following a natural regimen is like trying to get pregnant by throwing a frog at your vagina – a completely futile exercise.

These guys didn’t get as big as they are by following a cowshit five-day workout split and eating tuna, brown rice and taking BCAAs, so don’t buy into this absolute gubbins.

As we’ve reiterated time and again, the most effective way to build size and strength naturally is via full-body routines – an approach favoured by virtually every bodybuilder from the pre-steroid era.

Consult our workout archive for a collection of our favourite full body routines – and, just remember, if someone looks like they would be perfectly at home clubbing women to death in a Stephen King novel, just ignore everything they have to say.

You would be better off courting muscle building advice from a one-armed Kenyan widow.

So there we have it – a repellent roundup of fitness wanktardery.

A caustic cavalcade of cuntishness reserved for that special corner of hell alongside King Joffrey, Ronan Keating and anyone who sends out Candy Crush invites on Facebook.

If you’ve come across any other ‘fitness wankers’ on social media, please do share – and name and shame – in the comments section below, or just send us a tweet.

We’d love to hear from you!