A good gym buddy can be worth their weight in gold.

Someone to shout words of encouragement as you struggle on that final rep, someone to blame when you accidentally let one off by the water fountain, someone to hold deep and meaningfuls with between sets (what’s the best sex position for building muscle, is the new male yoga instructor “Jeff” a predatory homosexual, is “skullsmasher” an appropriate nickname for your penis), someone to hold you tenderly in the shower and wipe your tears after a failed max lift attempt.

Find the right one and you’ll share an unbreakable bond for life.

Find the wrong one and you’ll miss out on one of the only meaningful relationships you’ll ever truly have – not to mention risk waking up one morning to find a stranger’s rectum clamped over your mouth like the facehugger from Alien (“gym buddy” is also code for “bum fuck buddy”, as I discovered during the research for this article).

What’s more, the benefits of having a reliable, plantonic gym buddy extend beyond just mutual backslapping and changing room japery.

Science has shown that working out with a partner can yield more gains than working out alone.

A study of the Oxford University Boat Club rowing team, for example, demonstrated that those rowing in unison released more endorphins and rowed harder and faster compared with rowers who trained on their own.

“That’s all well and good,” you may say, “but I can’t find someone to go to Nando’s with let alone commit to a brutal schedule of early starts, heavy squatting and constant meal prepping”.

Well, what if I said to you that, a la Bill & Ted’s Excellent Adventure, I could transport you back into the past so you could herd up a bunch of famous historical figures to choose from?

Unfortunately, owing to the fundamental laws of space and time, I’m not able to action this, but, if I could, here’s who I’d recommend…

A good gym buddy needs to be someone who earns your trust and respect, someone to look up and aspire to.

Who better to fill this position than Maximus Decimus Meridius, protagonist of Gladiator and the ultimate alpha male (let’s just forget for a second that this is a completely fictional character).

This is a man so masculine that he breathes woodsmoke, deodorises with the blood of Germanic peasants and drinks his own urine simply because he finds the taste refreshing.

He is strong, confident, mentally tough, loyal to a fault, and, crucially for a gym buddy, not afraid to step in if some bellend starts breaching gym etiquette.

Someone curling in the squat rack?

Perforate their skull with a javelin.

Someone playing their music too loud?

Tie them to the horns of a wild bull and parade them through the streets.

Someone hogging three pieces of equipment to do a wanky triple superset at peak time?

For this gravest of sins, take revenge the only way the ancient world knew how: rape and murder their family and serve their corpses for dinner at a banquet.

Not only would having Maximus as a gym buddy elevate your social standing, his antics would make for great after-dinner speech material: “One time one of the regulars started taunting Maximus about his dead wife so Maximus responded by caving his cranium in with a 50kg dumbbell… you really had to be there”.

On the down side, however, Maximums does tend to take himself a bit too seriously at times, and will occasionally be glimpsed telling anyone who will listen – the work experience receptionist or the engineer who’s come to fix to gent’s toilets – that he is father to a murdered son, husband to a murdered wife and will have his revenge in this life or the next.

“That’s great mate, but you’ve got to learn to start flushing the toilet…”

Impaling punching bags with a trident or weeping about his murdered family between sets on the lat-pulldown machine.

What list of dream gym buddies would be complete without at least one maniacal despot?

Despite being one of the cruellest men ever to roam the earth (we’ll quickly glaze over some of his weaker character traits such as the genocide of 40 million people), no-one could accuse Genghis Khan of lacking drive and ambition, two of the most important qualities you’ll need in a gym buddy. 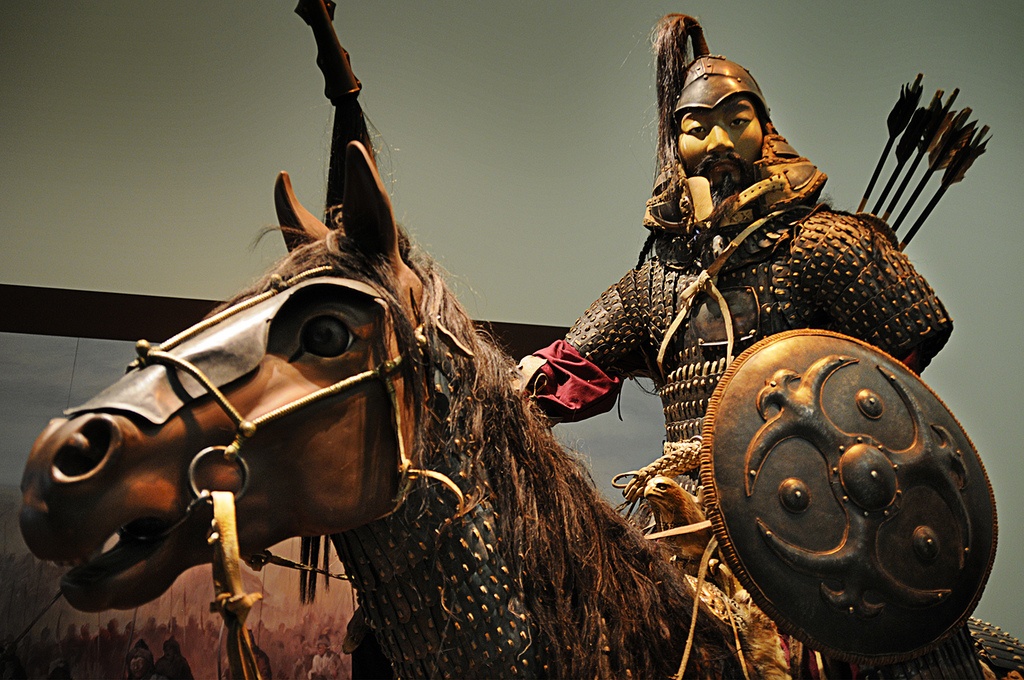 Some Instagram-famous fitness celebs might proffer their ability to perform tricep pushdowns with immaculate form as an example of #dedication and #hustle.

I would counter that by saying (a) you’re wrong (b) you’re a cunt and (c) a better display of dedication is surely building an empire which spans a quarter of the earth’s total land mass.

If you team up with Khan in a bid to build superior muscle and strength, you can be sure that this mad Mongol won’t let anything stand in your way.

If he had no qualms in murdering his half-brother at 14 years old in an argument over a fish, just imagine what he would do if he found someone refusing to let the pair of you work in for a set of deadlifts.

Khan was also a keen womaniser (often taking the term “ladykiller” in its most literal sense) who, according to predictions made by Russian scientists, has spawned approximately 16 million male descendants.

Monopolising the global gym market with his own chain of health clubs and murdering anyone who stands in his way.

A good gym buddy should also be a good wing man, and who better to have by your side when chatting to the opposite sex than Lord Byron, the wild-child Romantic poet with a club foot and a penchant for fucking everything that moves.

The man didn’t discriminate – he was a notorious bisexual, a keen sodomite, and even partial to a bit of incest (he fucked his half-sister Augusta). 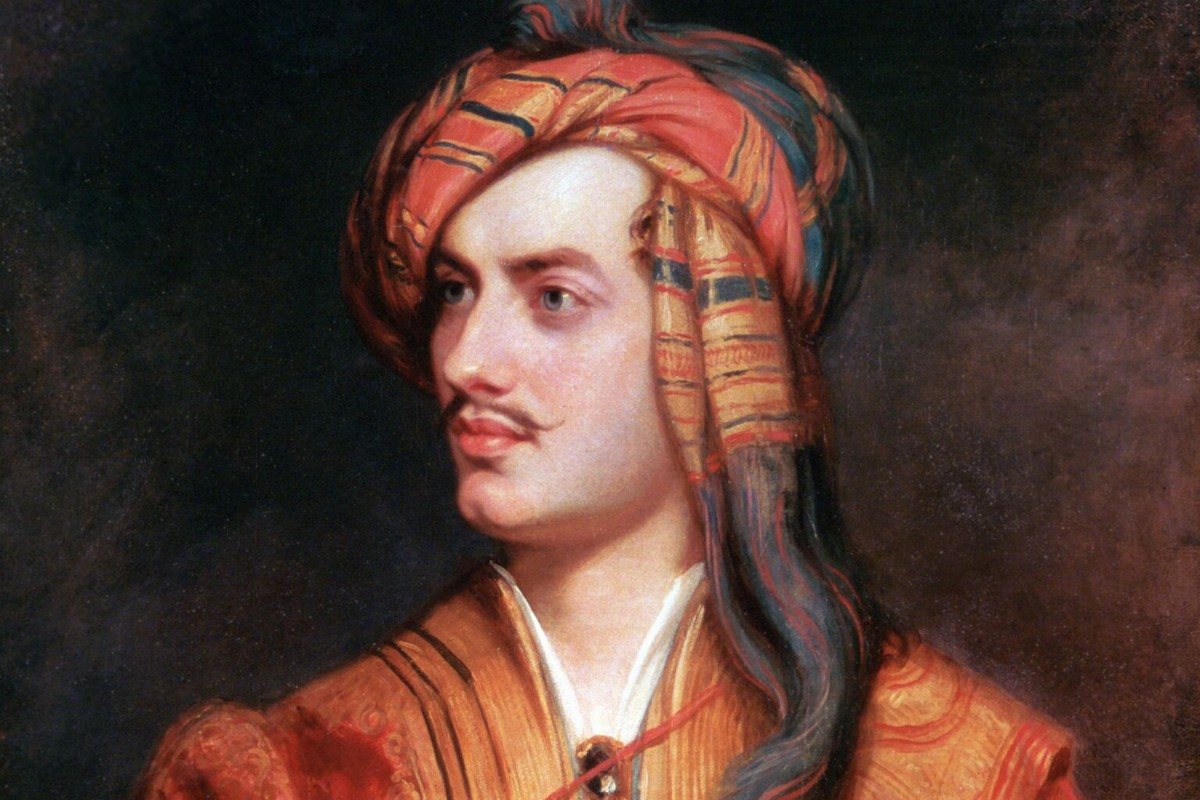 Byron, who was also featured in our list of Historical Figures Who Didn’t Need To Lift, was a tremendously powerful lover, with a cock like a pneumatic drill and an ejaculation so powerful that it was rumoured that one jet of his piping hot man lava could be used to power a water turbine for half an hour.

Yes, Byron will probably ruffle a few of the regulars up the wrong way – using Viagra as a pre-workout, waltzing around in a pashmina while loudly quoting lines from “She Walks In Beauty”, trying to install scented candles in the men’s changing rooms, chanting relentlessly from an Aramaic spellbook – but if you want to impress the ladies from Tuesday morning yoga class, there’s no-one better.

This is a man so seductive that he could bring a woman to spontaneous unsolicited orgasm just by talking in iambic pentameter.

Tired of gym buddies letting you down at the last minute?

A psychologist might reason that certain gym buddies are late or forget to turn up when they say they will because of Time-Based Prospective Memory (TBPM) – in other words, the way their brain is wired to manage time is to blame.

For me, a simpler, one-word prognosis suffices: cunt.

Instead, what you need is someone loyal and unfaltering, with principles and conviction… how about a man who spent 27 years in prison for fighting for a free and democratic society?

If there’s one bloke who’s not going to text you “Sorry dude won’t be able to make it today, feeling a bit iffy” five minutes after you’ve already got to the gym, it’s Nelson Mandela.

While not an obvious choice for a gym buddy (all those years of incarceration did little for his pec and deltoid development), Nelson Mandela had extraordinary levels of inner strength, something essential in a workout companion. 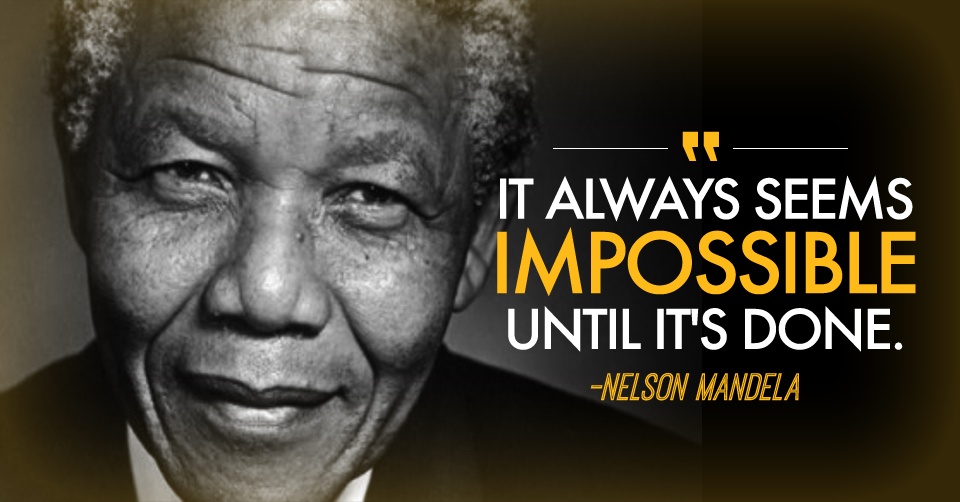 And while you’re going to need more than inner strength to move a heavy barbell, Mandela was also no stranger to hard work.

To get the most from your workouts, you’re going to need a gym buddy who’s not afraid to face up to a session of heavy squats, and Mandela’s incarceration on Robben Island where he spent long hours breaking rocks into gravel more than proves his mettle.

Mandela was also into his fitness, practising stationary running, fingertip push-ups, sit-ups, squats and various other calisthenics in his prison cell every day, so he’s going to be wholly onboard with your plan to get swole.

Posing for selfies and then having to explain that actually, no, he’s not Morgan Freeman.

What Einstein lacks in muscle building experience, he more than makes for in a willingness to bring new ideas to the table.

This is an essential trait in a gym buddy, as you want someone to push you in new directions and bring variety to your regimen, and who better to have as your ideas man than the greatest theoretical physicist of all time. 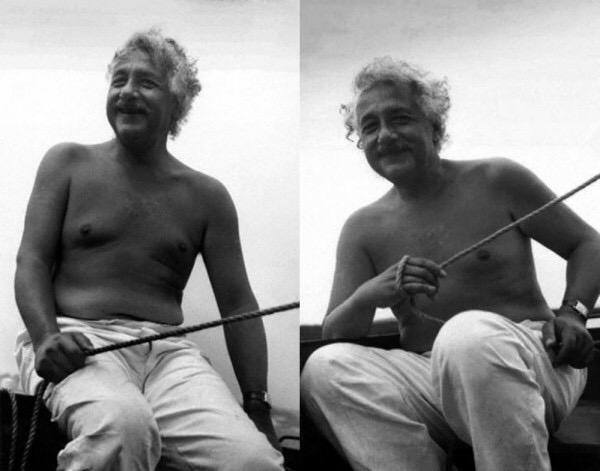 Ask him to spend a bit of time reading up on the latest muscle building research and he’ll no doubt return with a regimen so advanced and powerful that it’ll be instantly banned under the Geneva Convention.

While some gym buddies may be swayed by the latest article they’ve read or by some new fitness YouTuber, Einstein will rely solely on his own empirical research which cuts right through the bullshit.

Sure, this may raise a few eyebrows from some of your gym mates, but who would you rather have whispering in your ear about periodisation and autoregulation, Albert Einstein or The Lean Machines off YouTube?

One revolutionised the way we view space, time, mass and energy, the others make videos on “Extreme Diving With Tom Daley” and “The Best Lady Gap Workout”.

Making puns about mass and pissing off Crossfitters by calculating the speed of light on their WOD whiteboard.

Forget dying for our sins, the son of God’s true calling is undoubtedly being the perfect gym buddy.

Weedy enough to make you look massive by comparison but with the ability to work bodybuilding miracles on your behalf – and who doesn’t want a gym buddy that can turn water into protein shakes?

Plus, if Christ can spit on blind people to make them see, just imagine the nutritional value that one globule of his saliva could have – you’d never need to buy another supplement again. 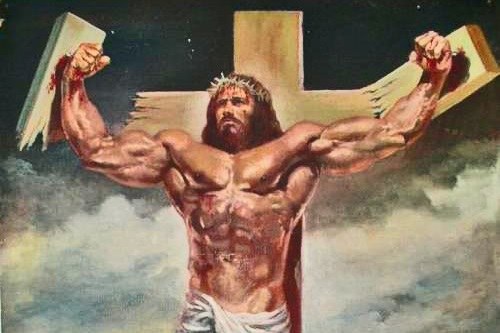 Although he is mostly remembered for easter eggs and having a really cool beard, Jesus could also go into full-power beast mode at the flick of a switch, making him the perfect person to have by your side when you’re going for a new squat PR.

Indeed, when he discovered a temple to his dad had been overrun with moneylenders and animals, he went, for want of a better expression, fucking mental, upturning tables and chairs with the ferocity of a level 5 hurricane.

Imagine Nigel Farage finding out that his favourite pub has been taken over by a Bulgarian family who plan to turn it into a HIV treatment clinic for lesbian Muslims, and you’ll get some idea of how intensely Christ Hulked out.

Getting thrown out by security for trying to deliver a sermon during morning spin class.

If you enjoyed this blog post, be sure to check out Charlie’s piece on Fictional Characters We’d Like As Gym Buddies (which I completely ripped off in the writing of this article).

Who would you choose to be your dream gym buddy?

Let me know in the comments section below – I’d love to hear from you!