With the world currently being played out exclusively on social media, it’s now impossible to prove yourself as a man without twenty inch biceps, a garish vest and paleo meals that look as unappetising as an invite to Michael Barrymore’s next pool party.

However, looking into the vistas of history, it does appear that there were some historical figures who, either through their own exploits or those of their on-screen personas, were able to transcend this contemptuous contemporary conundrum.

So in a strange twist for a bodybuilding blog, and with some artistic licence, I present you four historical figures who simply didn’t need to lift.

As such, just to make film goers not feel so embarrassed about their pathetic comparable lives, it’s written into every contract that Sean Bean must die in any acting role he takes up.

Not just a brooding northern smoothy, Bean is also quite the businessman, having allegedly negotiated to have to his fee for Lord of the Rings be paid based on box office takings.

Bean can now be found talking over a cat in O2 adverts (another big money spinner) and appearing disinterested in his nephew’s shamelessly marketed chip shop in Sheffield.

To be fair, The Boromir Burger is pretty tasty.

To a Frenchman claiming to not understand English: “See if you understand this, on the count of three, I’m gonna kick you in the crotch.”

Some of you might not be au fait with this giant of English literary history.

And you might also scoff at a man with a club foot who wrote Romantic poetry and did not need to lift to prove his alpha credentials.

Yes, Byron really was somewhat of a maverick.

Upon hearing the news that he could not keep a pet dog at his Oxford University halls of residence, Byron took this as carte blanche to stick two fingers up at the bureaucratic quill-pushers in the university administration department (a chilling precursor to the modern day jobsworth public sector employee embroiled in so much red tape).

So, instead of mans’ best friend, Byron brought in one of mans’ greatest enemies (if you live in Canada or Russia), a big fuck off bear.

That’s right, he had a pet bear…

What is more, Byron didn’t let his disability get the better of him.

On one of the Romantic poet’s infamous ‘Grand Tours’ of Southern Europe, Byron purportedly slept with around 250 Venetian women in one year, including, allegedly, his half-sister and a few distant cousins. 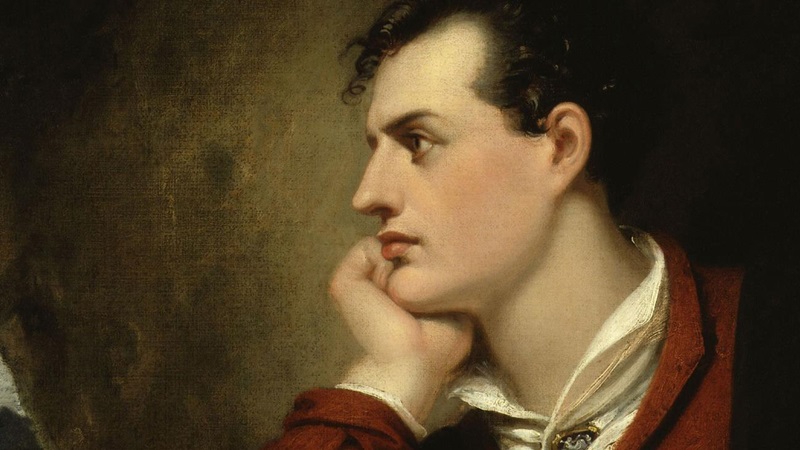 “A woman should never be seen eating or drinking, unless it be lobster salad and Champagne, the only true feminine and becoming viands.”

Fighting Jack Churchill, or “Mad Jack” as he’s perhaps better known, was a British soldier fighting for the Allies in World War 2 armed with a long bow, Scottish broadsword and bagpipes (the latter being the most barbaric form of warfare recently banned under the Geneva Convention).

Mad Jack had the last recorded wartime killing using a bow and arrow, skewering a German sergeant in 1940 during an ambush. 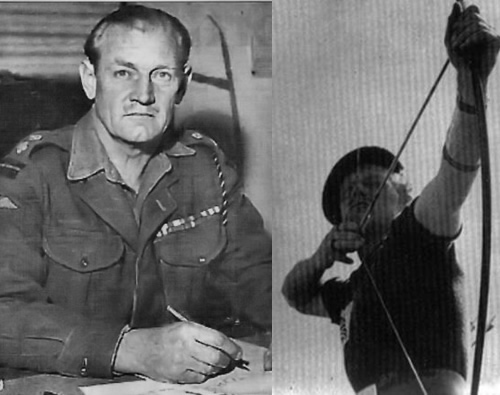 “Any officer going into battle without his sword is improperly dressed.”

Despite looking like Father Christmas after a session with Just For Men, Blessed’s physical exploits are the stuff of legend, including three unsuccessful attempts at climbing Mount Everest (getting up to 28,200ft), becoming the oldest man to trek to the North Pole on foot (where he survived a polar bear attack by “punching it right in the fucking face”), and collapsing on stage while performing King Lear only to return 20 minutes later to complete the performance.

He also has honorary degrees from the ‘university’ of Bradford and Sheffield Hallam ‘university’.

Which are about as useful as genital herpes.

It is perhaps fitting that a man with such a massively booming voice chose to imitate Luciano Pavarotti on Stars in their Eyes.

The result can only be described as extraordinary.

Who knew you could grow a beard and not be an utter cunt? 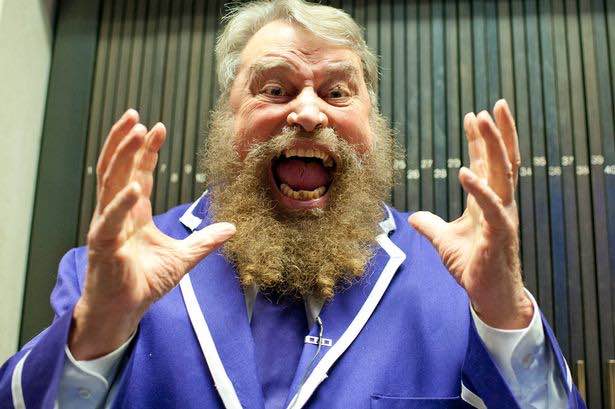 Addressing Gerry Adams on Have I Got News For You: “Alright Gerry, any time you pillock, right between the gizzards!”

Yet, in a competition of man points these gents would beat today’s crop of chemical clowns and Instagram posers hands down.

Are there any other historical figures we should add to this list?

Let us know in the comments section below!