We live in an age of instant gratification.

Whether your tastes are mainstream (the latest films and music) or more off-piste (vintage headstones, excremental sculptures, men playing banjos with their ballbags), so long as you’re connected to the internet you can find what you want in a matter of seconds.

As a society, we are now so impatient for immediate fulfilment that hurling your coffee mug at the wall and calling the barista’s mum a whore is seen as a reasoned response to a slower-than-normal wifi connection in Starbucks.

Never is this impatience more keenly felt than in the fitness industry.

Our mailboxes and social media timelines are constantly bombarded with products and routines promising quick results, and barely a day goes past on this blog without some chap from Mumbai complaining that his purchase of Serious Mass has yielded no muscle gain – even though he has only taken it for a week and neglected to lift any weights.

For many, anything requiring time, effort and patience is rejected in favour of shiny fads, shortcuts or ‘hacks’.

But it has not always been thus…

If you were a bodybuilding enthusiast in the 50s and 60s, a little more patience was required.

For starters, information about muscle building was sparse.

Bodybuilding was seen as a niche, underground pursuit, and admitting your interests lay in bulging pecs and swimming trunks was comparable to someone today conceding that they store naval fluff in a suitcase underneath their bed.

If you wanted to look like Steve Reeves in Hercules Unchained, you either had to jump on a bus to a neighbouring town where someone knew someone that had a barbell set in their cellar, or save up for months and send away for a mail-order course or magazine subscription.

Luckily, one person disseminating relevant info at the time was the reigning Mr Universe and future mentor to Arnold Schwarzenegger, Reg Park. 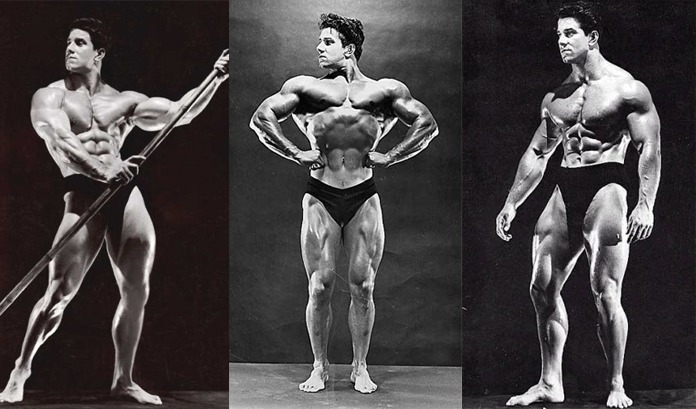 Having won everything there was to win in the sport of bodybuilding, including ‘Mr Britain’, ‘Mr Europe’, ‘Best Developed Athlete in America’ and ‘Mr Universe’, Reg had decided to don his business cap and enter the nascent fitness industry, providing everything from magazines and books to equipment and food supplements.

One of his most popular publications at the time was a pioneering, in-depth training manual which revealed the methodology he employed to win the coveted Mr Universe title.

Whereas Reg prescribed his 5×5 course Strength & Bulk Training For Weightlifters & Bodybuilders to those looking to bulk up as quickly and dramatically as possible, his Mr Universe course was the master routine he typically recommended to those chasing lean mass.

The principles prescribed therein formed a weight lifting doctrine that would influence generations of bodybuilders to come, including Arnold Schwarzenegger and his pre-steroid “Golden Six” training schedule. 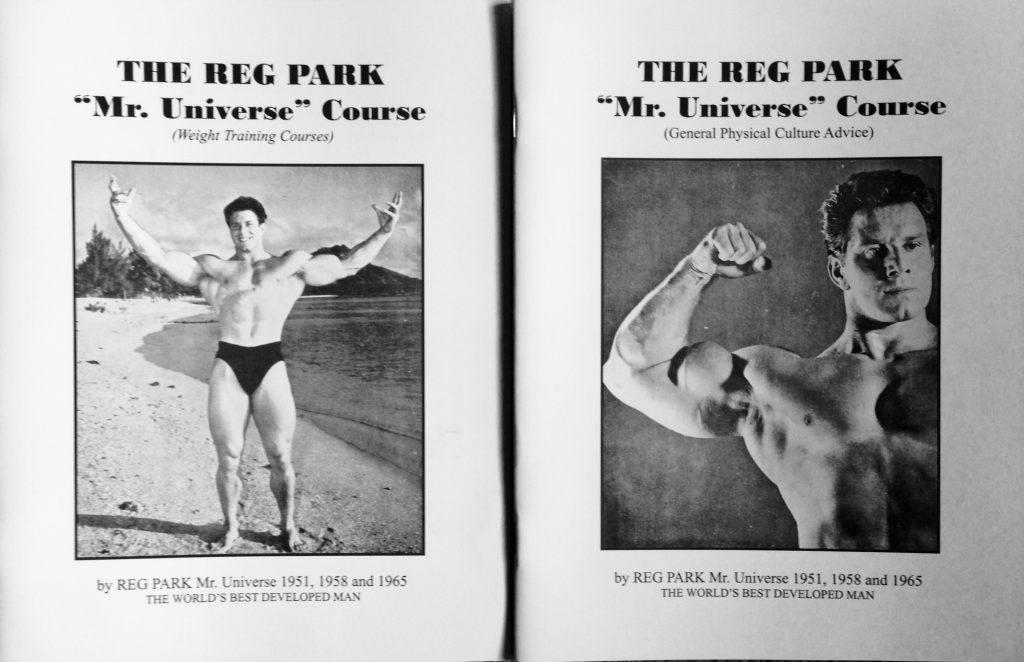 The entire programme, as outlined below, runs for 32 weeks (eight months) and is broken down into four separate courses to provide exercise variety and prevent monotony (more on this later).

Each workout should be performed three times per week on non-consecutive days.

For example: Monday, Wednesday and Friday, or Tuesday, Thursday and Saturday.

It is imperative not to miss a workout as regular and consistent training will yield the best results.

Where set ranges are indicated (courses one and three), increase the number of sets performed during the duration of the course.

For the first course, perform one set for the first two weeks, two sets for the third, fourth and fifth weeks, and three sets for weeks six, seven and eight.

Reg advises, especially for beginners, gently easing yourself into the course, taking things as easily as possible at first.

This will help you avoid any undue stiffness or injury.

As such, to commence with select very light weights on all lifts which will allow you to perform all repetitions with ease.

Once you are able to complete the maximum prescribed reps per exercise for every set, increase the weight by 5lbs/2.5kg next session. 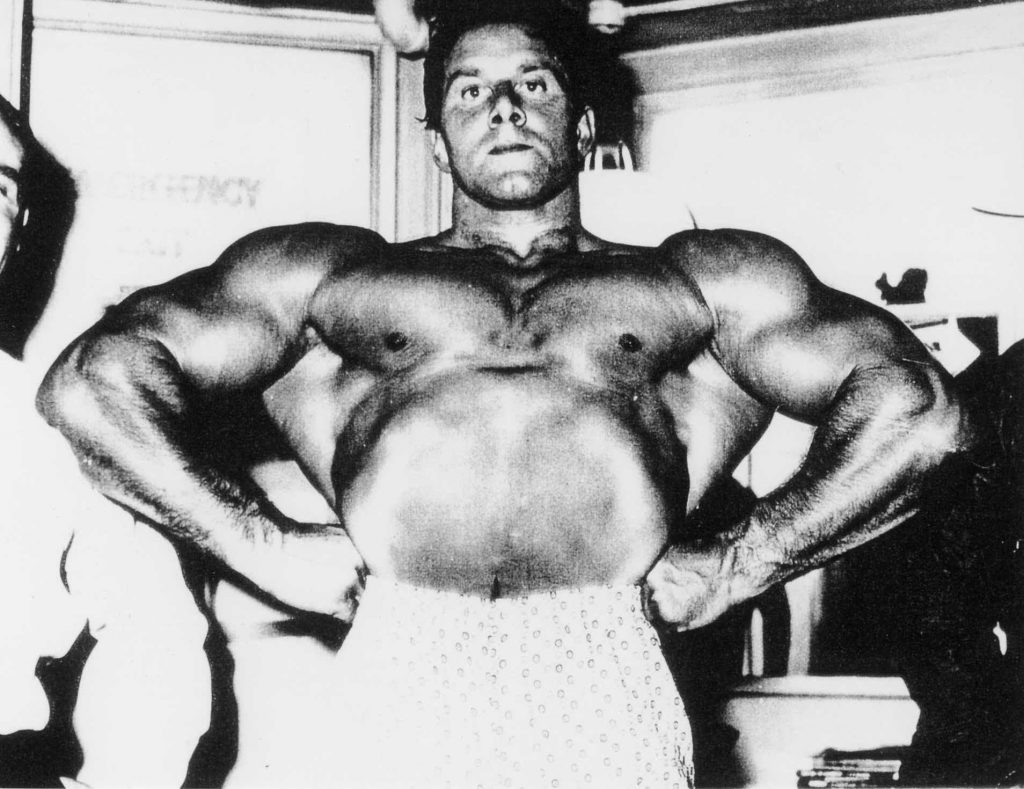 Although Reg was an advocate of “cheating methods” when training for power, the Mr Universe course calls for strict form and a full range of motion on all exercises.

Develop a tempo which is smooth and not jerky and maintain this tempo throughout.

Reg advises taking as much rest between sets as needed, depending on your recuperative powers.

For example, beginners training with lighter weights won’t need as much as those lifting heavy poundages.

As a general rule, two to three minutes rest should be ample.

Inhale deeply through the mouth at the commencement of each repetition and exhale upon its completion.

In lifts such as the press, which have two distinct phases of effort, carry out this method of breathing for each effort.

This manner of breathing will enable you to achieve maximal results by fulfilling the body’s greater demand for oxygen. 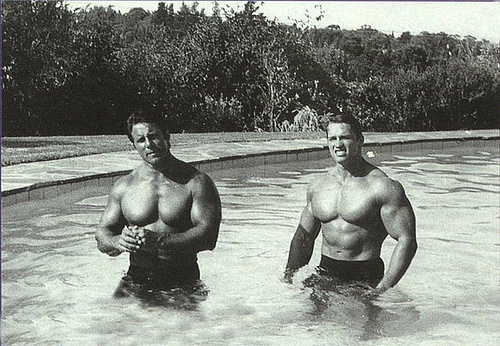 As far as diet goes, Reg simply advocates a well-balanced, protein-rich diet made up of natural foods.

For those looking to lose body fat or maintain a lean physique, Reg advises omitting or greatly reducing the intake of potatoes and heavy starches as well as milk, cream, chocolates, sweets and all liquids except water.

To optimise muscle growth your body requires plenty of rest.

As such, training only three times per week on non-consecutive days is advocated.

Endeavour to get a minimum of eight hours sleep every night, avoid late nights, and abstain from any strenuous exercise on rest days.

In addition, Reg has built two full weeks of rest into the eight month course, as he was a firm believer in the long-term benefits of getting away from the gym every few months.

This allows the trainee to completely recover – both physically and mentally – and avoid a “rut” in their training.

Keep a notebook to record progress.

As well as jotting down your poundages for each session, use it to record your personal measurements. 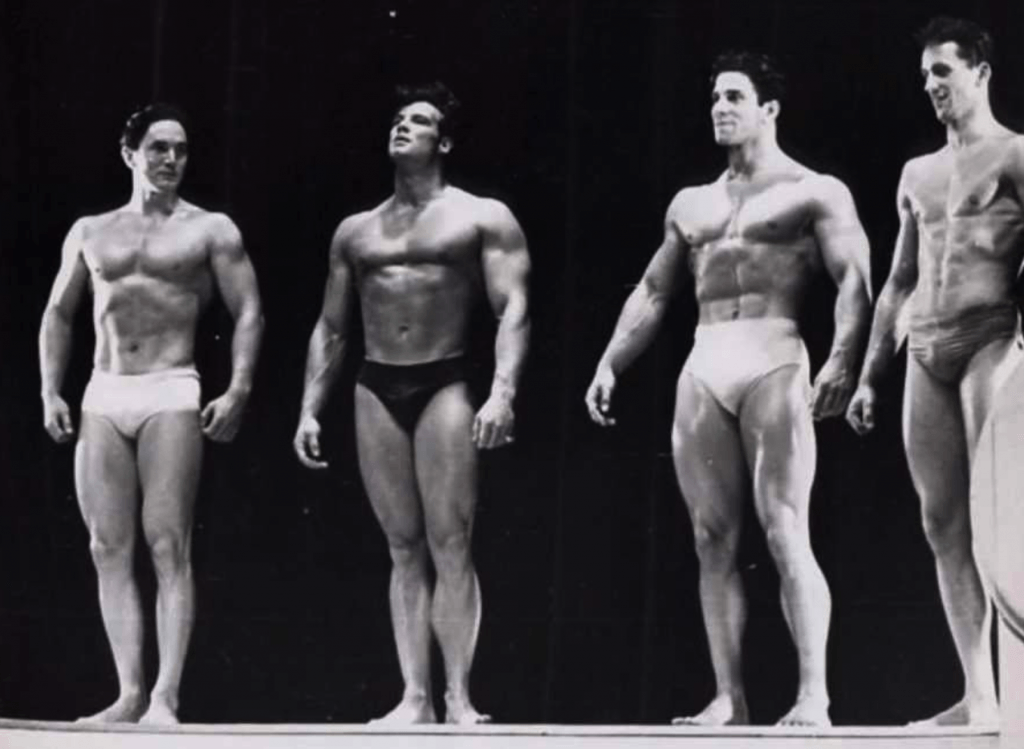 Reg Park’s Mr Universe Course is a tough, old-school full body routine which harks back to a time when getting in shape wasn’t about quick fixes, gimmicks and instant results.

With this course, Reg has you working through four intense training blocks over a period of eight months.

Like his 5×5 routine, The Mr Universe Course draws on all the key elements of Reg’s muscle-building gospel: full-body training, heavy compound movements, progressive overload, plenty of exercise variety, emphasis on rest and recovery, and a balanced and plentiful diet.

Indeed, as Reg himself points out:

Plus, make no mistake, this is a lengthy, volume-intensive course which demands patience and diligence in addition to hard work.

And while eight months of The Mr Universe Course won’t transform you into Reg Park, consistently following these training principles for years – ideally decades – will take you close to your genetic muscular potential.

And that’s precisely why this slow-and-steady approach to building muscle has fallen out of vogue; in today’s “I want it now” climate, it’s about as marketable as a political dating app fronted by a shirtless Boris Johnson.

Case in point: while your modern-day lifter would happily shell out £50 for a “30 Day Muscle Detox Explosion Bible” by DJ Gavin Spunkblast, this eight-month routine, a tried-and-tested muscle building programme from one of the world’s finest natural bodybuilders, would no doubt elicit the baffled expression of a pensioner attempting to Skype their grandkids using a microwave oven.

“But eight months is too long – you need to shock your muscles and mix things up every two weeks!”

“Far too much volume – have you not heard of overtraining?

“Why is there no dedicated day for arms?”

All in all, if you’re new to lifting weights, or tired of making little-to-no progress, The Mr Universe Course is a great place to start (or start anew).

It eases you in with single sets and advances gradually in a progressive overload fashion (steadily increasing weekly volume) while incorporating plenty of compound exercises and drawing on all the elements needed to build slabs of muscle.

And yes, come the fourth course you’ll be performing a time-consuming 40+ sets per session, but before you start spouting your “I don’t have the time” excuses, bear in mind you’ll only be working out three days a week, so setting aside a few extra hours shouldn’t be that difficult.

Here’s an idea: why don’t you just get up and hour earlier on training days, and, while we’re at it, maybe spend less time aimlessly scrolling up and down Facebook, cycling through banal updates with the dead-eyed, vacant expression of a high school chemistry teacher attempting to explain atomic structure to a class more intent on discussing the best way to perform a blow job.

After eight months of this routine, I would suggest following Reg’s 5×5 course, which will allow you to further build on the foundation of muscle and strength established by this course, while exposing you to a more taxing, CNS intensive protocol.

Although long out of print, this course has recently been reproduced by Bill Hinbern over at Super Strength Training.

The complete course, including two books and six large wall posters illustrating every exercise, can be purchased here. 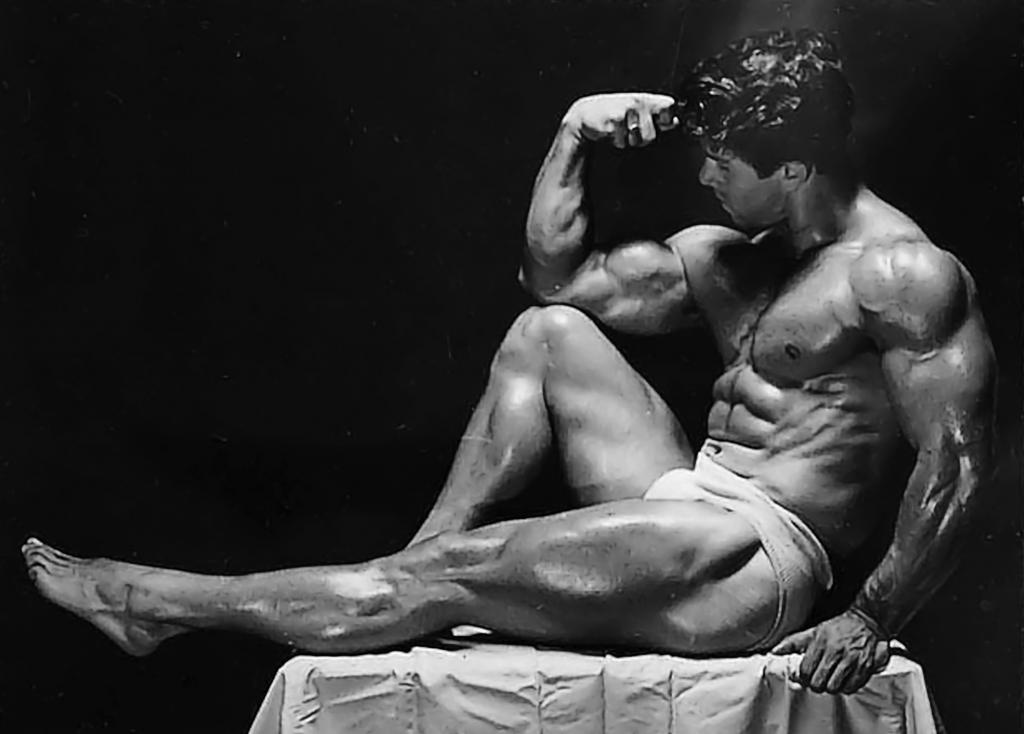 If you’ve tried Reg’s Mr Universe routine or his 5×5 programme or you’re thinking of giving them a go I’d love to hear from you.

Get in touch with your comments or questions below or via social media.