5 Bullshit Excuses You're Using For Not Working Out

5 Bullshit Excuses You’re Using For Not Working Out

The most common reason people don’t stay healthy is because they have some kind of lame excuse preventing them from doing so.

Fact is, weight training is one of the best things you can do to strengthen yourself physically and mentally, so by being a useless dicksplash and skipping the gym, you’re really just pissing over your long-term well-being.

Below we’re going to tackle some of the most common excuses for not weight training.

If you’re using any of these pathetic get-outs, shame on you!

Hopefully, after reading this post, you’ll be able to overcome your weakness and hit the iron with renewed vigour.

The most common of all excuses – “I have no time”.

And, chances are, the same people who make this excuse are those who make plenty of time to sit around watching The Great British Bake Off or some other fountain of shit spewing from a television screen.

The simplest way to combat this is to get off your fucking arse and use your body.

Going to the gym does take up time, yes, but it doesn’t have to take up as much as you think.

When you consider that 4 hours per week weight training only takes up 3% of your 7 day week, it hardly looks like much.

And you can get a seriously good workout in an hour, especially if you focus on full-body workouts comprising the main compound lifts and keep the intensity high.

The following are some fantastic routines to get you started:

And sometimes it’s just about compromise.

Start getting up an hour earlier every morning and getting in a session before you start work, you’ll feel, look, and perform better in all aspects of your life.

Really, you can get a membership at some Pure Gyms for about £15 a month, so there’s no excuse.

And even the more high-end gyms like Virgin Active or David Lloyd don’t work out that expensive when you consider how much you spend on crap food and booze each month.

I’m not saying don’t ever eat crap food or drink booze – you have to enjoy yourself – but there’s more than likely a hell of a lot of money you can save if you miss one weekend out, or stop buying £3.50 sandwiches from Tesco at lunch and prepare something in advance.

Probably my favourite of all excuses.

Folks use this excuse to stay away from the weights, thinking they are somehow going to get mad-fuck-jacked and tan after a few sessions on the ‘rope thing with the weights at the end’.

You simply will not get “too big”. 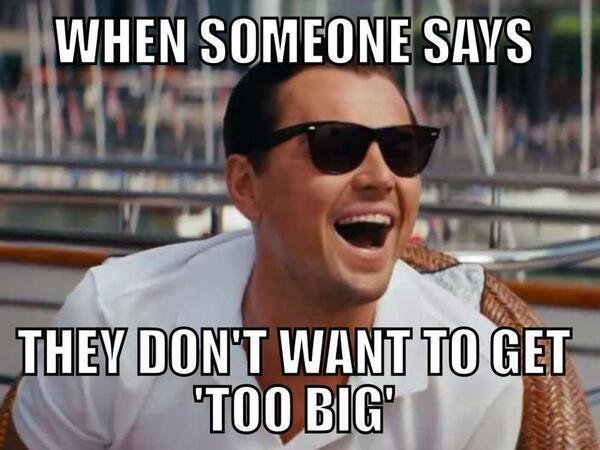 It takes literally years and years of consistent training and diet to get muscular, and even then you still won’t be massive.

Myself as an example, I’ve been training for about three years, and have put in a hell of a lot of effort to pack on size, yet I’m still no where near my final form.

It includes much information about various subjects ranging from inter-species bestiality to, well, health and fitness.

And plenty of it (here at Gymtalk, for example) is completely free, including many awesome articles on training programmes and workout tips.

If you do a bit of research yourself and figure out what you like doing, you can even create your own training plan pretty easily that you actually enjoy.

It really doesn’t require you to spend £49.99 on some shitty ebook either, there are many websites out there with free – and usually much better – information.

I’ve said it before and I’ll say it again:

Weight training is not just about muscle.

Your nervous system becomes more active, recruiting more motor units, resulting in a heightened sense of awareness and the ability to concentrate for longer periods of time.

You will be more motivated to do stuff with yourself, and you’ll feel better in general on a daily basis.

Weight training lifts the fog from your brain and allows you to perform properly.

And added strength is ALWAYS useful.

Moves associated with lifting weights such as squat/deadlift strengthen you for life in general.

Need to pick up your kids from the floor?

Need to stoop down to take a big shit?

Do all of this more confidently, and into old age, by training with weights.

Anyone who says being strong isn’t useful is just plain ignorant, or probably good mates with David Cameron.

So, there we have it, five bullshit excuses for skipping the gym, and why you need to stop making them right now.

What other excuses have you heard recently?

We’d love to hear some hilarious ones – leave us a comment below!