When God created the squat, he didn’t just say, “Lo, ye angels, I have created yet another exercise, now let us knock off early for the day”.

No, he gathered all the gang around him, Jesus, Satan, Gabriel, and proclaimed, “Behold the squat, a divine movement by which men shall attain massive muscles and women huge luscious bottoms”, following which everyone cheered and hallowed ale was passed around in celebration.

Unfortunately, early mankind must have missed this holy memo, and Jesus, when sent to Earth, didn’t help matters much, choosing to focus on peace and love instead of instructing his disciples on the correct way to build huge quads, glutes and hamstrings.

In fact, it wasn’t until the early 1930s that the muscle-building power of the squat was truly recognised.

A man by the name of Joseph C. Hise, who was trying to add more muscle mass to his 200lb frame, read a magazine article by Mark Berry about the benefits of the deep knee bend.

Hise incorporated this movement into his own routine, alongside curls and the behind-the-neck press, and was able to gain 29 pounds in one month.

Hise wrote to Berry, the editor of the magazine, about his astonishing results, and this very letter, which was published in Strongman magazine in 1932, triggered widespread interest in the movement.

Before he went on to become a two-time Mr America, Mr Universe and represent the USA in weightlifting in the 1936 Olympics, John Grimek was a pupil, and great friend, of Hise.

The two trained together many times, and it is no stretch to assume that it was from Hise that Grimek developed his obsessive love of heavy squatting.

Indeed, no-one of his era squatted as much Grimek.

The ‘Monarch of Muscledom’ would perform hundreds of  repetitions a session, often working up to well over 300kg, and credited the movement as the reason he was able to build such a colossal, muscular physique.

As one would expect, the squat was the foundation of Grimek’s bodybuilding workout, and he would typically perform the exercise in a pyramid fashion (decreasing the reps while increasing the weight), where each set would be supersetted with a chest exercise (typically pullovers or lying lateral raises).

The following workout, dubbed the ‘Squat and Bulk Routine’, was one that Grimek referred to in numerous magazine articles and interviews over the years, maintaining that “this routine plus plenty of good food will help anyone to add that magic bulk to his frame”.

Grimek was a lifelong proponent of the “breathing squat”, believing this variation of the movement provided an increased metabolic effect and triggered unparalleled muscle growth across the whole body.

To perform this movement, take three deep breaths through your mouth between each squat repetition, sucking in the air until you feel pressure in your chest (not abdomen), then squat again with your lungs full, exhaling deeply on the way back up.

In terms of poundage, Grimek stressed the importance of starting the first set of 20 reps with a fairly low weight in order to warm up the legs, then steadily increasing the weight and dropping the reps for each proceeding set, continuing in this fashion until you reach your maximum.

Grimek preferred to superset his deep breathing squats with dumbbell pullovers and lying lateral raises, as he, like Hise and other eminent bodybuilders of the pre-steroid era, such as Reg Park, Alan Stephan and Steve Reeves, believed this combination worked to expand the ribcage, which was the key to piling on upper body mass.

With this in mind, all chest exercises should be performed as soon as the breathing squats are finished, while still out of breath, and focus should be placed on breathing deeply and really stretching out the ribcage during the eccentric phase of the movement. 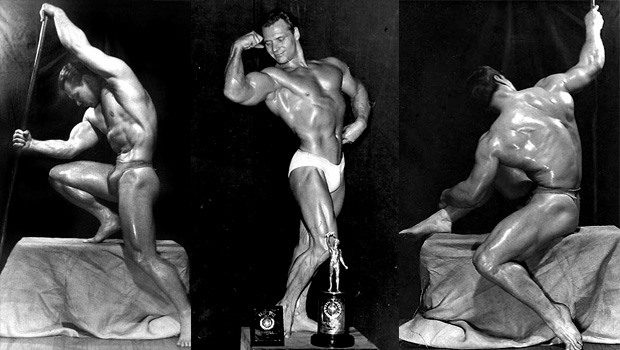 This basic schedule should be followed with a back exercise, for which Grimek, like all upper body work, prescribed three sets of eight to ten reps.

Focus on a compound movement such as deadlift, rows, pull-ups, or pull-downs.

Note that Grimek was a firm believer in using a variety of exercises instead of repeating an exercise for several sets, as he believed that exercising muscles from other angles provided an “extra jolt” to stimulate growth.

In addition, Grimek would often add a few extra isolation exercises at the end of a session if he felt he needed to work on a certain area.

Like most bodybuilders of the 40s and 50s, Grimek believed that training the whole body three times per week on non-consecutive days was sufficient for the typical trainee, as this left plenty of time for recovery, which was the real key to making gains.

To maximise muscle growth, ensure you rest up as possible on non-training days and get 8-10 hours interrupted sleep every night.

Grimek was a stickler for strict form and dissuaded trainees from cheating exercises and swinging the weight.

Rather, concentrate on the particular muscle being exercised and performing the movement with as perfect form as possible.

Fill your diet with plenty of good, nutritious food to stimulate growth. 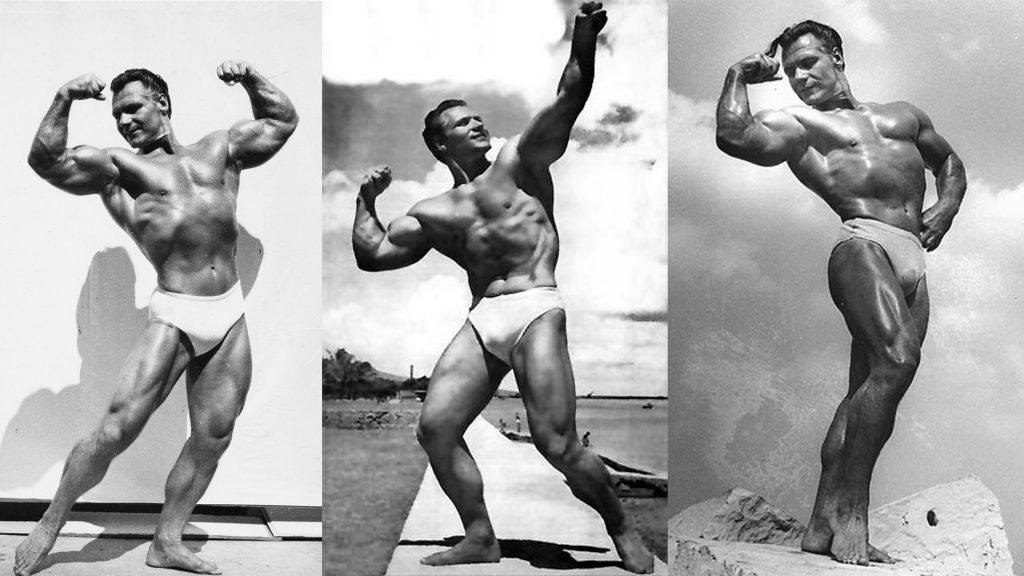 If you haven’t had much success bulking up in the past, or just fancy training 1940s-style for a change, then give John Grimek’s ‘Squat and Bulk’ programme a shot.

Some of the ideas, such as ribcage expansion, may be a little dated, but any routine that has you squatting over 70 reps a session times per week, and incorporates high reps in addition to heavy singles and triples, is guaranteed to add some big ol’ hunks of meat to your frame.

Try this routine for a few months, making sure, of course, you’re fuelling your body with a nutritious high-protein diet, lots of water, and getting plenty of rest and sleep, and I promise the results will be more impressive than what you’ll get from any fashionable bulking routine being hawked on social media.

If it worked for the best natural bodybuilders of all time, it will work for you.

Have you tried John Grimek’s Squat and Bulk Routine?