One of the biggest problems I have with modern bodybuilding – and the fitness industry in general – is that everything is overcomplicated.

Let’s take the classic example: teenage boy is sick of being weedy and bullied and wants to build muscle mass to acquire respect/lose virginity.

Sure, all this sounds cutting-edge and impressive, but, in truth, building mass is much simpler.

To cut through the noise we’re once again going to return to the simplicity of the 1940s, where advice didn’t hinge on what was marketable or backed up by the latest scientific study, but by what was found to work through years of trial and error.

Alan Stephan was an American bodybuilder who was crowned Mr America in 1946 and 1949.

By appearing on Bob Wright’s show ‘Human Interest in the News’ (the first time posing and lifting had appeared on American television), Stephan helped bring bodybuilding and weight lifting to a wider audience.

He was a regular contributor to the muscle magazines of the 40s and 50s where he disclosed many of training methodologies and routines, one of which we are going to look at in this blog post.

This is a straightforward mass building routine for beginners which is built around the principles of training big, eating big and getting as much rest and recovery as you can to maximise muscle growth.

Like all old-school bodybuilding routines, this is an abbreviated, full-body workout comprising predominately compound movements.

The routine originally appeared in the September 1950 issue of Your Physique magazine, and is reproduced below in its entirety:

Perform this routine two to three times per week leaving plenty of room for recovery between each workout.

For example: Tuesday and Saturday, or Monday, Wednesday, Friday.

Perform one set of each exercise for the first month, two sets for the second month, and three sets for the third, and so on and so forth.

Alan Stephan advises, for the first workout, using a light weight which you can easily lift for each exercise, allowing you to get used to the exercises.

For the second workout, choose a weight with which you can complete the minimum amount of reps with excellent form.

Then, for each successive workout, increase the rep range until you reach the maximum amount of recommended reps.

At this point, add 2.5kg/5lbs to the bar and repeat the process again. 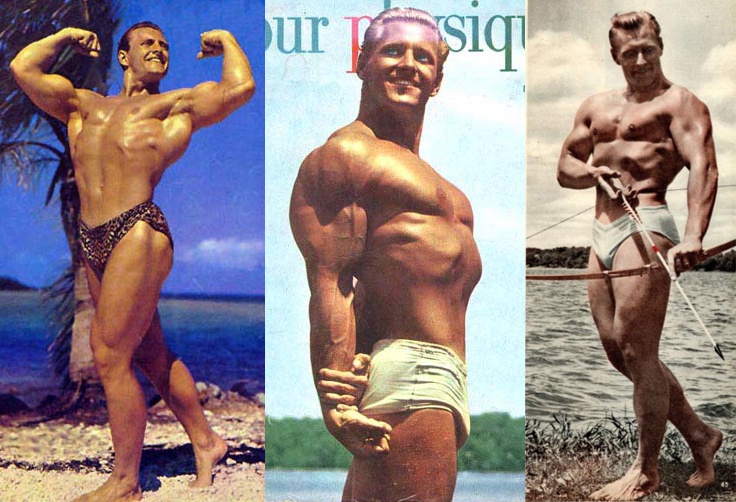 The high-rep breathing squat/pullover combination was a staple of muscle building routines in the 40s and 50s (see the Steve Reeves Classic Physique routine and Squats and Milk).

These breathing exercises were employed by bodybuilders such as Reeves, Reg Park, George Eiferman, Peary Rader and Ed Yarick to expand the ribcage and add more size to the chest.

Just compare the thick upper bodies of these golden age physiques to the shallower chests displayed by today’s natural bodybuilders, and you’ll notice the effect these breathing exercises had.

In this case, as per Stephan’s recommendations, for the breathing squats take one deep breath between each of the first five reps, then take two to three deep breaths between reps until you reach 20 reps (or 10 in the proceeding sets).

It is important to use a light weight for the pullovers as the idea here is to really stretch the ribcage and not to use your muscles to move the weight.

Use a weight (including the bar) of no more than 10kg/20lbs, breathe deeply, and really try to stretch your ribcage out.

Alan Stephan’s dietary advice is once again simplistic, calling for plenty of whole milk and good nutritious food such as meat, eggs, cheese, butter, and fresh fruit and veg.

The full-body routines of the ‘Golden Era’ placed just as much emphasis on rest and recovery as training.

In much the same way, Alan Stephan advocates getting as much rest as you can on non-training days, avoiding all sport and exercise, and getting a good night’s sleep (8-10 hours) every day to maximise progress.

This is an effective and unglamorous beginner’s routine from the 1940s which simply has you performing the right exercises, eating plenty of nutritious food, and getting as much rest on non-training days as possible.

No unnecessary supplements, no longwinded routines, no convoluted diet plans, just the minimum effective dosage required to bulk up.

Put all these pieces together and, to quote Stephan, “Work hard on your schedule, be persistent and determined and you are going to have little or no trouble in gaining bulk!”

If you are using this routine or are thinking of giving it a go, I’d love to hear from you.

Hit me up on social media or leave me a comment below!