How To Maintain Muscle Over The Festive Period

The Gymtalk Guide To Christmas: How To Maintain Muscle Over The Festive Period

Let’s be honest, amidst the killing fields of Tesco Oldham on Black Friday, repetitive music sung by future Yewtree candidates, and forced family events, Christmas can be a bit… shit.

Combine that with the fact that most gyms will have reduced opening hours (if at all) over the Xmas period, and this spells disaster for us lifters who have been working hard over the past 11 and a half months.

Now, some naysayers might say that it’s actually good to take a week or two off over Christmas and recover…

Well you can fuck off, fuck right off!

Every experienced gymophile knows that January is a total clusterfuck of New Year’s Resolution wankers clogging up the free weights area with their overbearing sense of achievement and morality.

Neither of which they have.

So, how do you cope with this busy festive period and still maintain those hard-earned gains?

Thankfully Gymtalk are making a list and checking it twice, we’re gonna find out who’s curled in the squat rack (expect a gift-wrapped turd for Xmas, it’s the least you deserve).

But for those of us who have trained hard all year, Père Swolë is here to set you up with a succession of Christmas treats to see you through to 2015.

This is the Gymtalk Guide to Christmas…

So the gym may still be open, but the the list of Yuletide chores you’ve been set is longer than Alan Rickman’s dramatic pauses:

Your wife has specified that she wants that faux-conifer number she saw in Coleen Rooney’s house in Heat Magazine, but having that delivered to the door ain’t gonna win you Mr Olympia.

Instead, GymTalk suggests you take your largest axe.

Any self-respecting male should have at least three axes, largely for:

Once you have selected your preferred blade (preferably a double-bitted axe for maximum man points), head down to the nearest forest, nature reserve or National Trust property.

If you pay your taxes then it’s your right to live off of the land, so find yourself a big redwood bastard and start chopping.

If you’ve seen Rocky IV then you’ll know that felling trees is the perfect way to build and maintain muscle/smash a communist’s face in.

What’s more, since it’s Christmas, World’s Strongest Man is on the TV, so why not take some inspiration from those brutes and lug the tree home?

This’ll be as good a full body workout as you could get in the gym.

This one might take some forward planning depending on whether or not you’re lucky enough to own some barbells/dumbbells.

Decorating the tree (particularly the 12 footer you’ve dragged home) is going to take several hours that could’ve been spent in the gym.

In this instance, make sure you’ve scattered dumbbells, kettlebells, barbells and anything else that weighs 10kg or so around the house.

This way, when you’re instructed to tinsel the dining room or spray fake snow in the ‘sun room’ you can rock out a quick set of lat raises or skull crushers.

However, don’t go overboard or your partner will get suspicious.

The fact that you chalked your hands is also a bit of a giveaway!

This one’s simple, practical and devoid of humour.

Equip yourself with a 10m roll of Tesco value wrapping paper and spread all of your presents out on the floor.

(You splurged your load on the gifts, no need to make them look nice – that’s like a 50-year-old prostitute wearing a Chanel dress).

Start wrapping – however, after each present, knock out a set of press ups to failure.

By the time you’re finished your chest and triceps will be screaming out in gain (pain).

I would suggest bringing your weights into the wrapping room but this is a bit too high risk, as you wouldn’t want to slam them down on that Waterford Crystal Champagne Flute set.

I say this now, Christmas Day will be a write off in terms of exercise.

That is unless you’ve asked for a power rack from Santa in which case you HAVE to put it up and try it.

Christmas Day is all about the diet, which’ll follow two paths based on what you’re hoping to achieve at this time in the year: 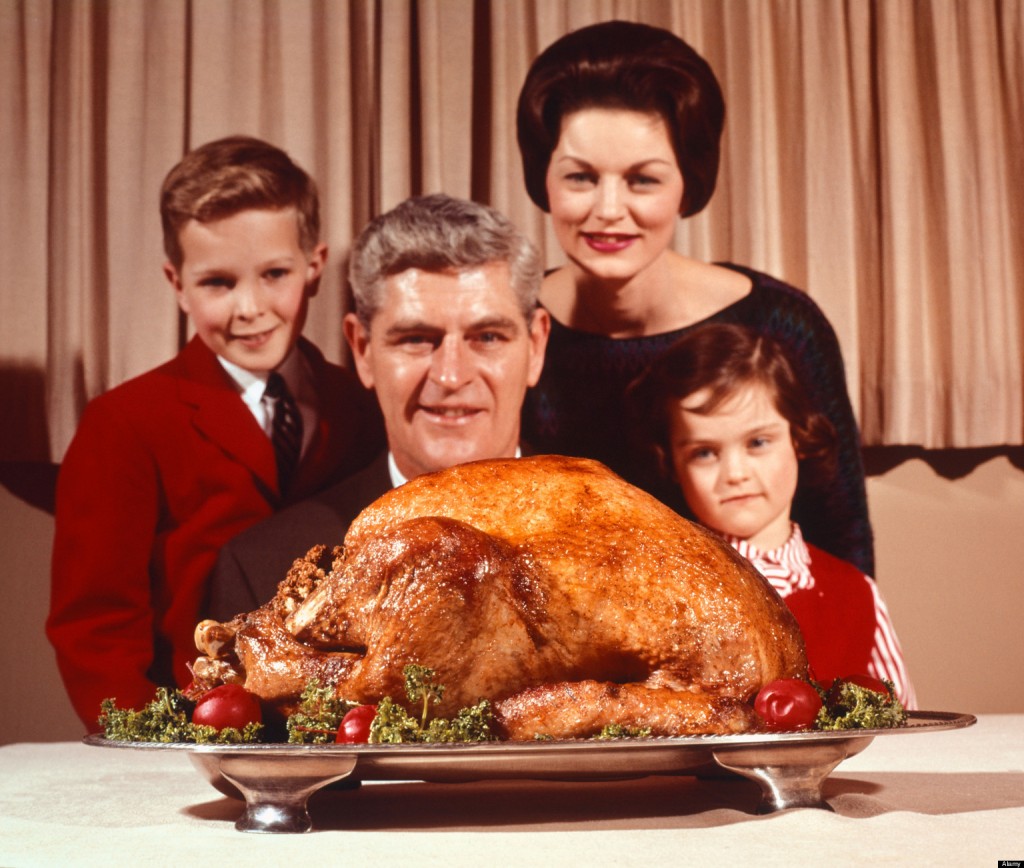 If it’s bulking season, then, my friend, you are in fucking paradise.

Research suggests that the average person will consume around 6,500kcal on Christmas Day, which is bliss/disgusting.

So for those looking to pile on the pounds we suggest:

The best way to warm up for a giant Christmas meal is to really stretch out your stomach – basically like doing air squats before the main event.

Eggnog, nothing but eggnog.

Each cup holds a whopping 340kcal and 14g of protein, and it’ll also get you slowly sozzled.

Concentrate on bone meat – legs and thighs covered in skin (these are the nicest cuts anyway).

Plus, what makes you look more like the King of Christmas than eating a fuck off turkey leg straight off the bone before clubbing a rival male (father-in-law) over the head to truly assert your dominance?

Aim for at least three different types of animal and get stuck in!

Because when can your normally eat five different types of cheese in one sitting?

In this case your day will be slightly more refined.

In all likelihood you’ll probably infuriate everyone else attending the meal with your self-righteous sentiments.

But bodybuilders are creatures of habit so if you’re serious then good for you.

If you want to go alcoholic without looking like a vodka, lime and soda wanker (not a social drink), then I suggest Guinness.

It’s low fat and low sugar, plus it makes you look hard as fuck, which you’re going to need based on your Xmas meal.

A lot of people think a pint of Guinness is similar to eating a roast dinner, but at just over 200kcal per pint, you can’t go wrong.

It was also Daniel Craig’s drink of choice when getting in shape for the James Bond films: “I work out three or four times a week but I take the weekends off and drink as much Guinness as I can get down my neck.”

Good luck arguing with that.

Aim for breast meat without skin, mashed or new potatoes, and lashings of vegetables.

Essentially what you probably eat normally.

Ah yes, that glorious day where the people you try to avoid all year come together and talk about how you all fared on the drive to the destination.

However, with some more help from your friends at Gymtalk, you can make this into a profitable day vis-a-vis muscle.

If the event is being held at your abode then kindly suggest that you’ll pick up the most elderly relative.

What seems like an altruistic gesture is actually a tactical masterstroke.

Set off early and divert to your local gym (which should now be open again).

Sure you’ll arrive back with Granny an hour or so later than planned, but the beauty of this is that you can blame the whole thing on the old dear.

“Couldn’t find her glasses/pills/sanity” should cut it and nobody will bat an eyelid.

When you’re at the gym your time will be precious so make sure you concentrate on the main compound lifts.

No pussying around with rope extensions, chest flies or other pointless exercises.

Make sure you plan ahead and take an extra set of clothes, as after this workout you’ll be glistening with perspiration.

If you’re unable to pull off the previous stunt then your best bets are twofold:

Scour the party for any younger members of visiting families.

Hopefully this doesn’t sound too Gary Glitter, but kids can be your makeshift dumbbells in a desperate situation such as this. 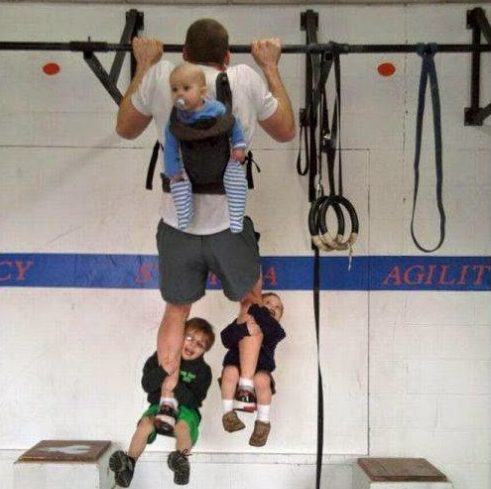 Pretend you’re trying to play a friendly game of airplane or crane (dress it up however you want) before knocking out a set of 10 rep front raises, then repeat on the other arm.

Plus, if no-one catches wind of what you’re actually doing then get a few kids round of varying weight – hello drop set!

Look around the room and see if there are any other lads looking twitchy, like they’ve got too much pent up energy and testosterone.

Like a junky searching for his next hit of smack, he might just be as desperate as you to pump some iron.

In this instance, casually stroll up to guy and ask, “Do you want to do the prison workout with me?”

Now, this could go one of two ways:

If he is actually a junky then this statement probably has a different meaning.

Expect him to start screaming and attacking you with all the vigour of a wounded wilderbeast.

If he’s a true gym rat, then expect a knowing nod before you both head off to the family bathroom.

If you’re not au fait with the prison workout, then I suggest you check out the Kali Muscle Story, educating.

And so there we have it, Gymtalk’s guide to a merry, muscle-filled Christmas.

Follow these steps and you won’t be left feeling paradoxically puny and bloated in equal measures.

If you have any other hacks for building mass over the festive period then we’d love to hear from you, just hit us up with a comment below.

Until next time, Merry ChristMASS!