It is largely agreed that in his heyday Tom Platz had the best leg development the world has ever seen.

Although his highest placing at the My Olympia was a mere 3rd in 1981, he legs were unquestionably in a league of their own.

In an era where the aesthetic v-shape physiques of Schwarzenegger and Zane ruled the roost, Platz’s monstrous legs were way ahead of their time.

And, although some might disagree, in my book Platz’s formidable legs far surpass the freakish trunks of Big Ron, Phil Heath and Jay Cutler.

This opinion was validated in a recent poll in Flex magazine, where readers agreed Platz had the best quad and hamstring development of all time. 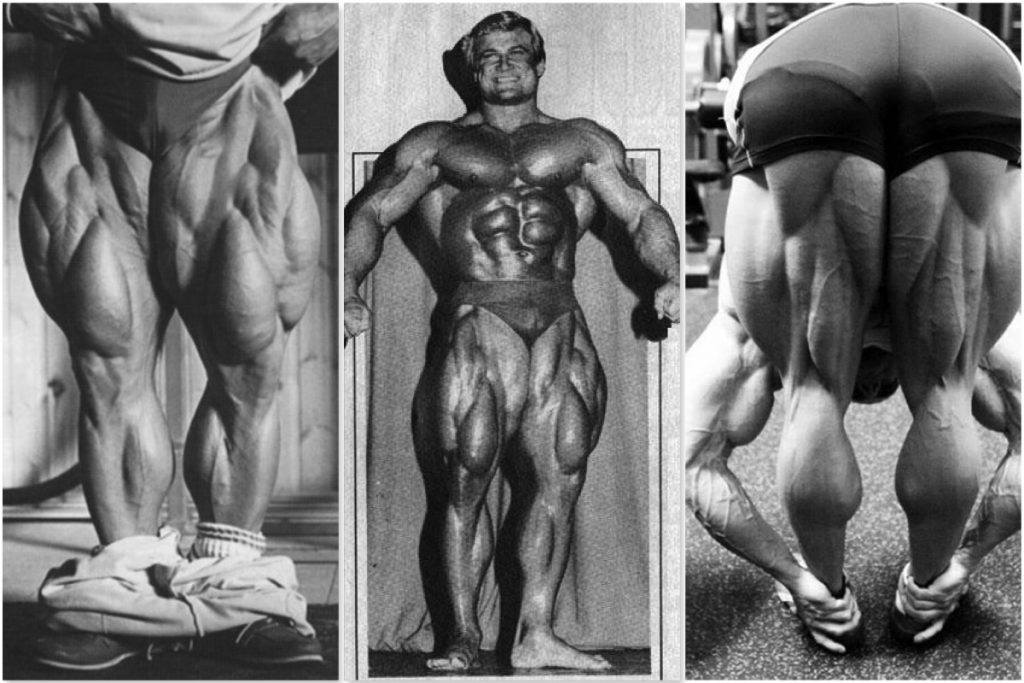 Indeed, Platz’s legs were so huge that, on one occasion, while out grocery shopping, he was mistaken for an old Japanese tree, and their striation was such that they looked as if they have been painted by the brushstrokes of Matisse.

Ultimately for squat lovers like myself Platz is a god.

So, come, join me at the squat rack altar as we offer up a sacrifice (that tosser who hogs the racks for curls) and draw inspiration and strength from the mighty one’s teachings…

So, what was the secret behind Platz’s thunderous leg development?

Unsurprisingly, it was squatting, and a hell of a lot of it.

Platz’s relentless work ethic at the squat rack was legendary.

He was a man who got off on feeling totally spent after each set.

If he didn’t end each set writhing around on the floor like an upturned beetle, he hadn’t gone hard enough.

For example, this is how he described the feeling of finishing a set of high-rep squats:

My heart rate soared upward and I found myself gasping for air.

In a way, that sensation frightened me.

I would fall to the floor, place the magical towel over my eyes, and ask myself, what if my heart does not slow down.

My legs felt as if someone was stabbing knives into them.

On many occasions Platz would squat for 10 minutes straight, busting out over 100 reps of 225 pounds (you’ll be relieved to know this is not the workout we’re going into today).

If you’re struggling to believe the veracity of this squatting carnage, just take a butchers at this video from 1992 where Platz squats 495 pounds for 23 reps!

Note the form – stricter than a Catholic schoolmaster!

Like all of Platz’s workouts, this one comprises some serious soul-destroying volume.

Sick buckets at the ready, we’re about to get hardcore…

Ensure you warm up thoroughly before attempting this workout with stretching and mobility.

Platz liked to perform a series of bodyweight squats before he even set foot in the gym.

Keep your form as strict as possible and ensure you are going below parallel on each rep to maximise gains.

Platz preferred to count his reps in sets of five as for him this was easier psychologically.

Attack every set with everything you have, Platz-style! 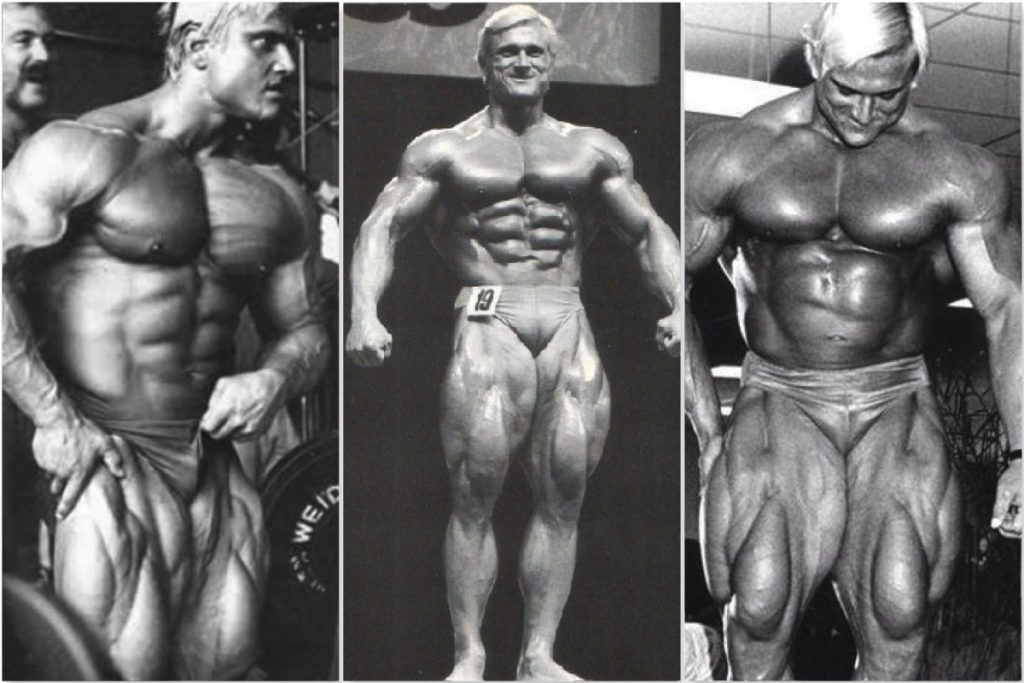 The intensity and volume of this workout may seem extreme when compared with the popular training protocols of today.

With this particular routine, for example, you’re going to be performing between 33-47 sets a session.

As such, this is very much an advanced workout.

However, it can be adapted.

For example, you could quite easily cut the volume in half to make it more achievable.

Although, if you do modify this routine, make sure you still uphold the mantra of all-out hard work.

Ultimately, if you want huge legs you’re going to have to go through hell and back at the squat rack, over and over again.

Indeed, high rep squatting was the weapon of choice for the old-school natural bodybuilders such as John Grimek and Reg Park, who used this methodology to build their colossal, world-beating physiques before steroids entered the equation.

After all, as Platz himself said, “when you are uncomfortable is when you will grow!”

What are your thoughts on this Tom Platz leg workout?

Fancy giving it a go?

Is the volume simply too much?

Think there’s someone with better legs than Platz?

I look forward to hearing your comments below!