Maximuscle Cyclone might cost proportionately more than the competition, but here's an idea: why don't you refrain from pissing £50 away on Saturday night in some shitty night club and give this supplemental powerhouse a go? You will not regret it, that I can promise you.

Maximuscle Cyclone is a brand so synonymous with muscle and strength it has to be up there with other respective market leaders like Apple, Nike and Walkers Crisps.

Let me put it another way: if Maximuscle Cyclone was heroin, it would be endorsed by Frank Lucas.

To demonstrate quite how much of an impact this product has had, let me take you back through the vistas of time to 1995…

Cotton Eye Joe was at Number 1 in the charts, Frank Bruno had just won the WBC World Heavyweight Champion, and Andrew Richards had become the first person to be convicted of male rape under the Criminal Justice and Public Order Act.

Aside from that, a young aspiring bodybuilder walks into Boots the chemist looking to find a supplement to take his muscular development to the next level.

This is new… what the shitting crikey is Cyclone?

This young bodybuilder is me from 1995.

(Not actually me, I’d have been six at the time, and I think if it was me I’d be asking my parents some seriously telling questions about a) why I was in Boots alone and b) why, aged six, had I already hit a plateau – their training programme must have been weak). 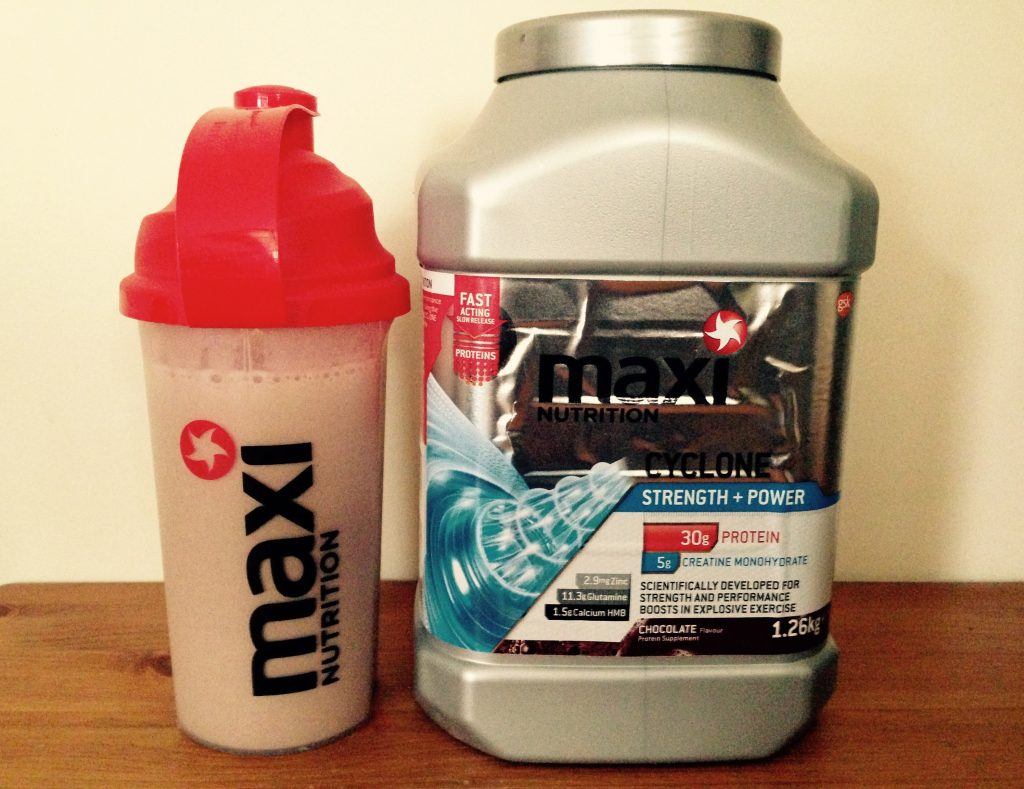 Maximuscle Cylone is branded as an all-in-one supplement, which is essentially a protein shake with a handful of additional ingredients (creatine, glutamine, BCAAs) to help you build muscle and strength.

This supplement has dominated the protein market for many years, and it’s a testament to its quality that Maximuscle is the official supplier of supplements to: England Rubgy, England Cricket, Welsh Rugby, Everton FC, and UK Sport (although 90% of footballers are small and weedy so perhaps they need better exposure to this muscle building phenomenon).

Per 60g serving, the nutritional stats are as follows:

These are huge plus points for Cyclone, as they really are market leaders in taste and texture as well as muscle and strength building.

Unlike nouveau-riche companies like Myprotein and Bulk Powders, Maximuscle don’t fuck about with unnecessary flavours that you might find in a stick of Willy Wonka gum, such as ‘Endives’ or ‘Coq au Vin’.

I went for the chocolate flavour and guzzled it down like August Gloop, albeit with a lower body fat percentage.

Also, the fact that I don’t have to spend all day trying to stifle bum gas in the office after my morning shake is a massive bonus, and, quite frankly, a major USP for me. 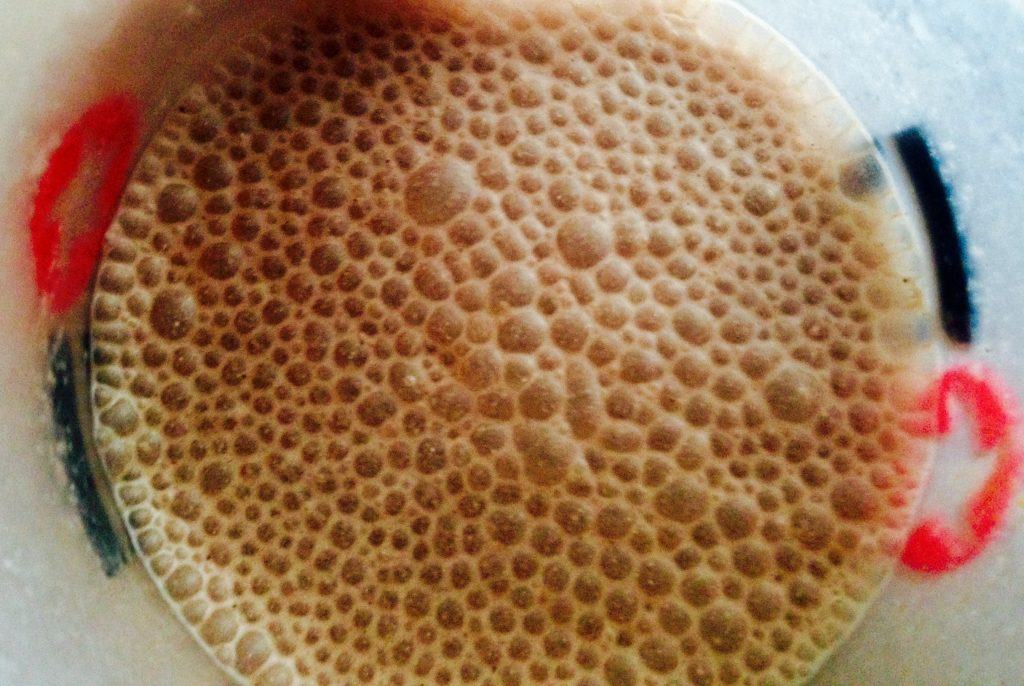 This is what probably causes a lot of people to abandon their carts.

There’s no other way of putting this: Maximuscle Cyclone is considerably more expensive than the competition.

The age-old idiom of ‘pay peanuts get monkeys’ isn’t 100% true in the supplement market any more, but, for the cash-strapped bodybuilder, trying to justify paying almost twice as much for a product that might be 10-20% better than the competition is implausible.

What’s more, there’s an army of keyboard warriors/cunts on internet forums quick to criticise Maximuscle Cyclone and simply dismiss it as overpriced.

However, for me, the fact that pharmaceutical powerhouses GlaxoSmithKlein bought Maximuscle demonstrates that this product, amongst the rest of their catalogue, must still be making the kind of sales that would put George Michaels’ coke/car dealer to shame (either works).

Quite simply, the gains I achieved with this product were unmitigated.

Despite sticking to a fairly primordial strength routine which would’ve made Reg Park proud (the routine, not the weight, he probably would’ve shown the same disdain and indifference as Billy Elliot’s father upon discovering a photo of Wayne Sleep hidden inside a copy of Razzle), I gained around 1.5kg of lean muscle over the course of one Maximuscle Cyclone 2.7kg tub.

The strength gains were also pretty special, particularly on the overhead lift movement on which I’m constantly plateauing.

I similarly added 5kg to my 3-5 rep max – cannot fault the product there.

If this supplement review was based solely on taste and effectiveness, Maximuscle Cyclone would easily get a 5/5.

However, for your everyday bodybuilder, 75 green queens for 45 servings is simply too much (worth pointing out it had been reduced from £106!).

Frankly, and unequivocally, this is true – I can’t recommend this product enough!

Yes it might cost proportionately more than the competition, but here’s an idea: why don’t you refrain from pissing £50 away on Saturday night in some shitty night club and give this supplemental powerhouse a go?

You will not regret it, that I can promise you.

You can usually get the best price on Maximuscle Cyclone here at Amazon where it typically goes for well below the recommended retail price.

Until next time: lift smart, and lift strong(er with Maximuscle Cyclone). 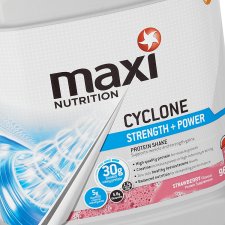 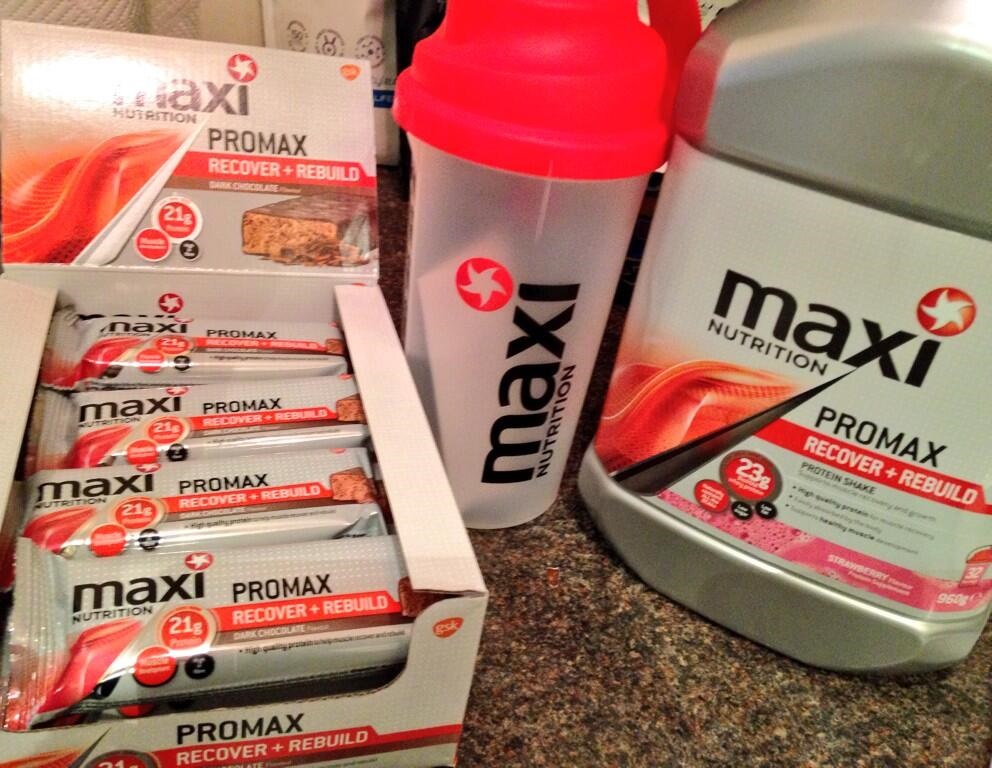 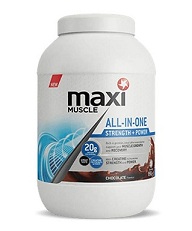 MaxiNutrition All In One Review