The two are synonymous with each other, yet there seems to be a universal gagging order when it comes to tackling this elephant in the room amongst those at the very top.

That is until now.

Those of you following bodybuilding personalities on Twitter or YouTube may have come across this video which has deservedly been getting A LOT of attention online.

It comes from a bodybuilder called Bostin Loyd.

He recently won a show in California and is now making waves in the bodybuilding community.

The video, which is half an hour long, briefly walks us through his entire 12 week pre-contest steroid regime.

Now I know a small amount about the ‘big name’ steroids out there, and I have to say I only understood about 40-50% of what he was talking about.

Regardless, it makes for some interesting viewing and is certainly an eye-opener for anyone who is thinking about competing at the top level.

Now, before I continue, I would like to say I’m not bad mouthing this guy at all.

I find him particularly admirable in telling the truth about what it takes to build a physique of that size, and he’s certainly got more spine/testicles than the rest (although the shrinkage of the latter is rumoured to be a terrifying side effect).

What does it mean to you?

Well I’m not going to get into what all the drugs are but I do want to talk about what it means for Average Joe who goes down the gym and moves some weight around in the hope of gaining a bit of muscle.

Firstly, I estimate that this guy is spending hundreds of dollars a week on all the various substances he’s taking.

As far as your average gym goer is concerned, you’d have to re-mortgage your house and sell a kidney just to keep pace with all that gear. 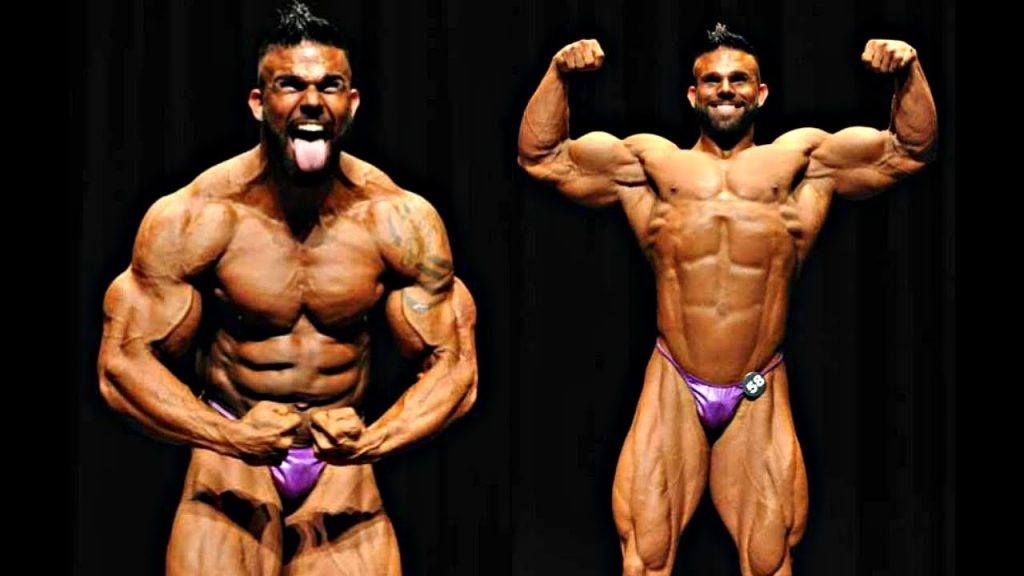 After you’ve recovered from surgery, you’ll probably need to spend a few days with your nose in a few books to get the knowledge he has to take it all safely.

Also, bear in mind that he isn’t even the size of your Ronnie Colemans or Jay Cutlers.

I believe he came in at around 240 pounds, so, in some ways, he still has a long way to go to reach the dizzy hights of Ronnie or Jay.

That should really make you think about what is going on onstage currently.

And in a way that is where part of my, not admiration, but I suppose you’d call it respect comes from for this guy.

He has certainly dedicated himself to the cause.

It can’t be denied.

What does it mean for bodybuilding?

Here is where the debate could rage on and on.

I’ll throw my two cents in for at least one perspective.

Back in the days of Reg Park and, to a lesser extent, Arnold and Frank Zane, you could look at those guys and at least think, “Some aspect of that physique is attainable”.

With this new breed of muscle monsters storming the stages now, it seems like these enhanced physiques are anything but.

What was once inspiring is now, to me at least, slightly depressing.

After watching the entire video I went away feeling that attaining that musculature and size would be nearly impossible.

Not what the spirit of Arnie was about at all!

However, on reflection, I realised that it is attainable, but at a more real cost, a cost in minutes, hours, days and years.

Ceck out his one year transformation video below and you will be staggered.

Reg Park was competing up until he was 39.

It took him years to build his, frankly massive, physique.

The amount of clients, particularly young men, who I talk to about building muscle nearly always produce a downcast look when I tell them the realistic timeframe they would need to reach X kilograms or have X inch arms.

I feel like the ‘iPhone Generation’, as well as the way the industry advertises, is partly to blame for people feeling this way.

People want stuff NOW or they want it yesterday.

It’s the modern condition and nothing I can say will change that.

However, the way the industry advertises can be changed.

How often do you see ads saying something like ‘Pack on INSANE muscle in just 12 weeks!’ beside a picture of an absurdly muscled gentleman?

It’s like going to Spearmint Rhino only to find they have their ‘plus size’ squad on that night.

Or going to a mate’s house for a Star Wars marathon only to find he’s watching Episodes 1-3.

I’d just like to reiterate that this not meant in any offense to Bostin.

If anything he has gained my respect for talking about the real side of taking steroids.

I especially like that he talks about taking them safely, with the help of knowledgeable people, and he is honest about things like sex drive and pain after taking certain drugs.

However, it goes to show that just taking a little bit of Test every day is not enough any more: you really have to go in ‘all or nothing’ to make it big.

In more ways than one.

Have I been too harsh?

Too much of a Debbie Downer?

Or a Realistic… er… Reg?

Let us know your thoughts on the issue and, as always, keep lifting brah!