Political Figures In The Gym

Political Figures In The Gym

But how do these political collosi shape up in the gym?

Who’s got the most progressive training methods?

And who’s most likely to push you in the sternum for asking if you can jump in on their set of squats and not put the bar back to the correct height?

Can we find out? 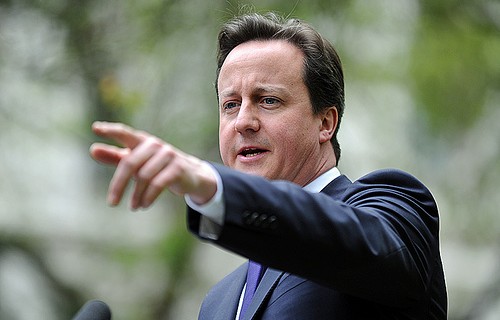 Unerring confidence at all times.

Cameron will not think twice about putting an extra 5kg on his 1RM squat if he feels it will be good for the country.

He will move nonchalantly from machine to machine shaking hands and asking how everyone is doing, although he’s not really interested in what you’ve got to say.

He knows what he’s doing.

Classes – essentially big groups of people getting stuff for free whether they’ve earned it or not.

And the public sector. 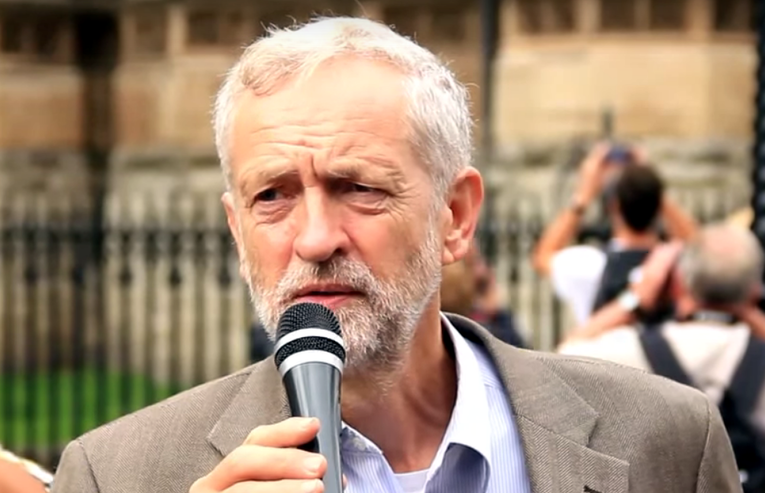 The clothes he worked in that day.

Corbyn is the new boy in the gym, an unknown quantity.

There’s even talk of him re-nationalising the squat rack.

Corbyn has really shaken up the gym dynamic, and many more established, sensible class attendees are now looking to defect to the machines and maybe even the free weights such is his divisive nature and probably body odour (showering once a day is elitist).

Corbyn favours workouts that were popular in the 70s but now make you look a bit of a dinosaur, and not a good dinosaur, more like one of those shitty ones that even Jeff Goldblum could’ve killed.

Old methods that won’t cut it in today’s gym environment.

Wears a Malia neon vest, giant Beats by Dre headphones and shorts so short they reveal a little too much when lunging.

Boris crashes through the gym doors, letting everyone know he’s there.

He then bounds over to the bench press like an exuberant golden retriever chasing a ball and body checks the current user straight off (see below video for an artist’s impression).

He’ll then rack up 100kg for a warm up, instantly.

Other gym idiosyncrasies include: a giant novelty protein shaker disguised as a beer stein, putting his own gym mix onto the communal CD player (a mix of DMX, Rage Against the Machine and Percy Sledge (for the ladies)), and calling anyone doing calf raises a homo.

Liberals on their fancy machines – do some proper exercises you miserable hippies. 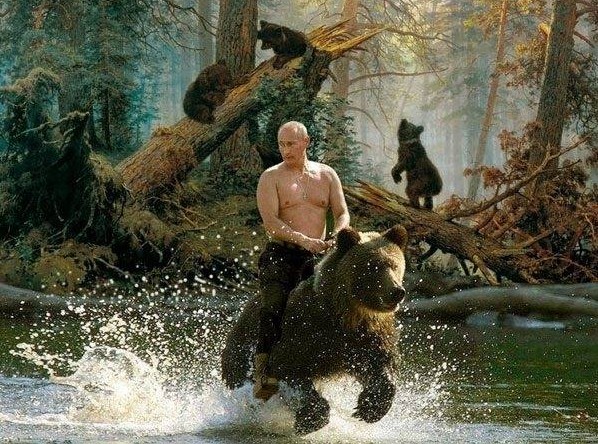 President of Russia and scourge of the western world.

Actually, the horse is obligatory.

Like most Eastern Europeans, Putin is to be feared in the gym.

He might not be the biggest bastard but that steely gaze and willingness to annex the power rack without a UN Mandate has to be respected.

Putin myopically does exactly what the fuck he wants and will not take advice from other, more liberal gym goers.

And coming from one of the most successful weightlifting nations ever (albeit with a proclivity for ignoring international doping regulations), who can blame him?

Taking calls from Elton John and spotters getting too close to him on squats.

Mainly due to the falling oil price.

Obama has time for everyone.

He’s that guy who’ll run over to lift the smith machine bar off your chest when you’re stuck (something that numbers three and four certainly wouldn’t do).

Obama is very keen to try all new gym programmes while respecting peoples’ rights to still cherish the old ways.

Even if the old ways forced his ancestors to pick cotton and Mandingo fight.

Strength on the wane. 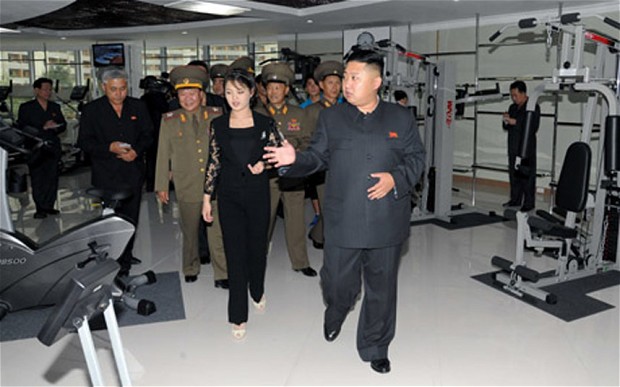 Supreme Leader of the Democratic People’s Republic of Korea (which sounds slightly oxymoronic).

Black trousers, black top and an entourage of henchman ready to blast you with an artillery shell from ten yards should you take the safety pins off his barbell before he’s finished.

Dictatorial, Kim Jong turns up to the gym with an army of spotters and crowd of adorning fans ready to clap their hands down to their bony stumps if he hits a new PR on lat raises.

He strays away from big leg exercises after a previous mystery injury but holds the Korean National Record for all upper body exercises.

So, there we have it, six political leaders and what they get up to in the gym.

Are there any others we should add to the list?

Disagree with any of our strength ratings?

As always, get it touch via the comments section below!