For many aspiring bodybuilders, Arnold Schwarzenegger’s ‘Golden Era’ physique is still the definition of perfection.

It oozes class and panache, like a Da Vinci painting, a Rachmaninoff concerto, or a cracking pair of tits.

However, in their bid to replicate the Austrian Oak’s muscular stature, many beginners get off to the wrong start.

Many so-called beginner routines are to blame for spawning these worthless gym sessions, as they read like someone has thrown a wet copy of Men’s Health magazine into a fan.

Fact is, Arnold didn’t build his foundation on this gubbins, he built it on the simple, heavy-duty compound lifts and full body workouts which were advocated by his childhood hero, Reg Park. 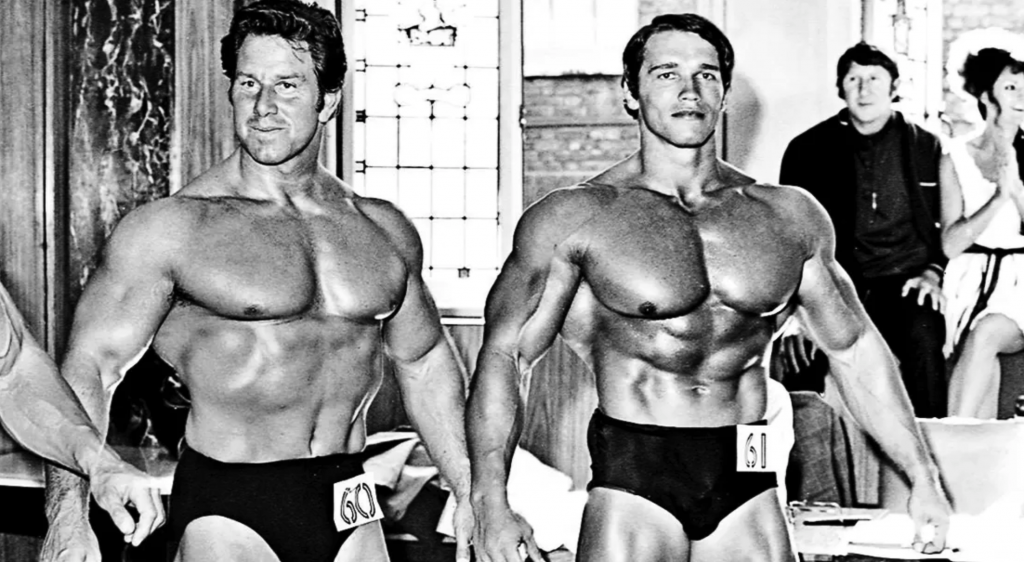 For example, in The Education of a Bodybuilder (1977) Arnie reveals:

From the beginning I was a big believer in the basic movements, because that was Reg Park’s preference.

These were the movements that worked most directly on all body parts.

I was following his example to the letter.

And as it turned out, I could hardly have chosen more wisely.

The basic exercises were creating for me a rugged foundation, a core of muscle I could later build upon for a winning body.

Reg Park’s theory was that first you have to build the mass and then chisel it down to get the quality.

Specifically, one of Arnie’s first full body training programmes, alongside his very own Golden Six workout, was the Reg Park Beginner Routine, which were are going to look at today. 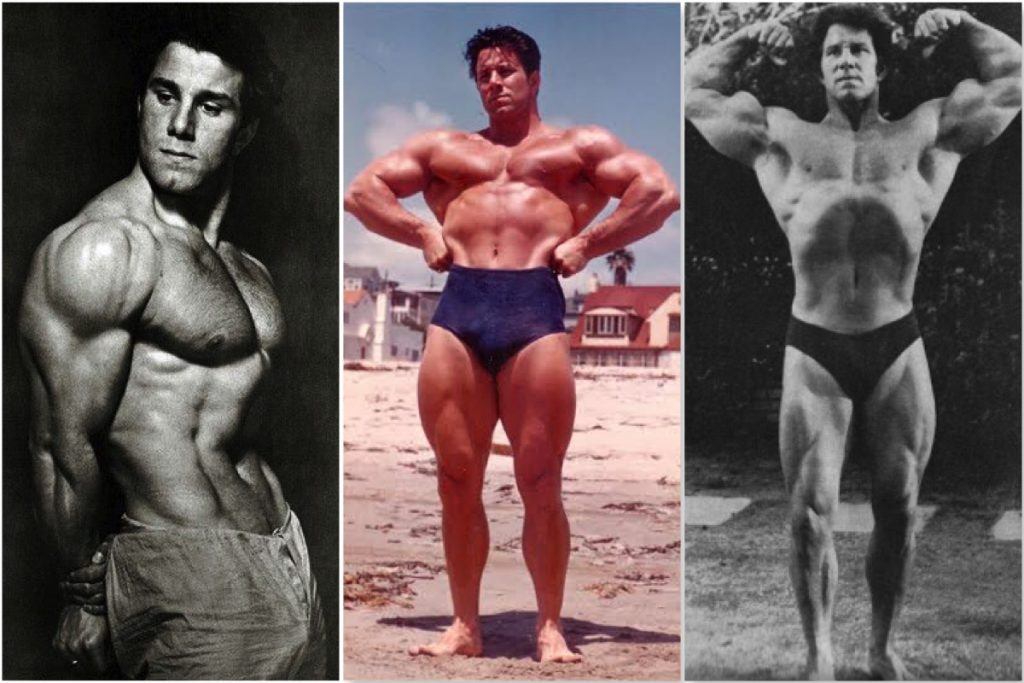 Reg Park’s Beginner Routine is built around the 5×5 method (of which Park was an early proponent) which strikes a perfect balance between size and strength protocols.

The 5×5 exercises are all compound movements, but there is also some higher volume isolation work thrown into the mix for good measure.

The complete routine (which is essentially a simplified, easier version of his famous 3 Step 5×5) features two main workouts which are performed three days per week, alternating as follows:

Thanks for sharing this workout – it’s greatly appreciated!

Unlike Stronglifts, with this routine, like Starting Strength, only the last three sets are performed at 100% of your working weight.

The first two sets are warm up sets.

With the deadlift, only go heavy for the third and final set.

Again, the first two sets are just warm up sets.

When starting the Reg Park Beginner Routine, it is important that you don’t jump right in with your 5RM, as this will stall progress from the offset and breed frustration and negativity.

Instead, start off with a weight roughly 15-20kg lighter than what you think you can max out on.

Then gradually work your way back up, adding 2.5kg to the bar every time you can perform 3×5 with perfect form.

To maximise gains on this routine you need to be eating like a king.

In other words, treat every meal like you’re Vanessa Feltz at an all-you-can-eat Greggs buffet.

Forget MRPs and lower calorie options, get stuck in to the old-fashioned bodybuilding fuel!

Remember, your muscles don’t grow during training, they grow while you rest.

So be sure you are getting at least 8 hours sleep every night and making the most of the recovery zone. 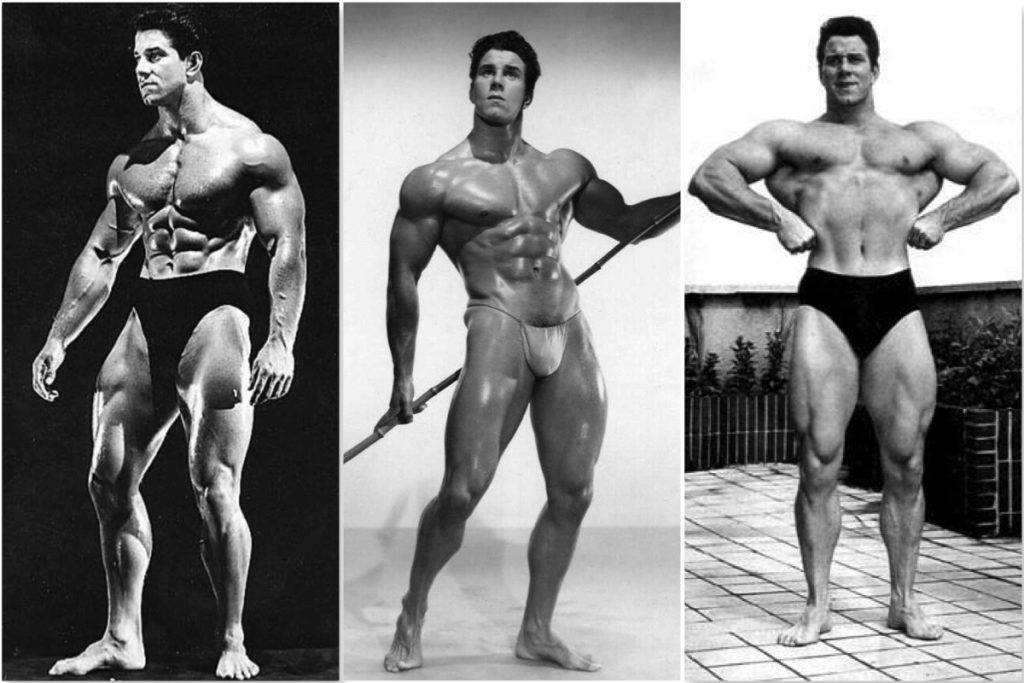 This is a decent full body routine in the old-school tradition, free of overcomplication, broscience and bullshit.

When followed faithfully (and that includes the diet and recovery elements as well), routines like this just work, plain and simple.

Some lifters might suggest eliminating the calf and forearm work, as anyone needing to focus on isolation work such as this should technically be way past the beginner stage.

But, hey, you do that and it’s no longer Reg’s routine.

And, to be fair, the accessory work does build in some variety which differentiates the routine from other beginner strength programmes.

Plus, from my experience, most teenage guys approach curls with the same enthusiasm as alcopops, Fifa and Megan Fox’s snatch.

So, provided you’re lugging that barbell about for those big compound movements, end the session with as many curls as you want boys.

Reg Park’s Beginner Routine is a hugely effective strength-based workout which is ideal for beginners looking to build a solid foundation of muscle.

As with any full body routine, just keep it simple, add weight to the bar as often as you can, eat like a king, sleep like a baby, and you’ll see progress.

Oh, and did I say, never follow anything you read in Men’s Health… 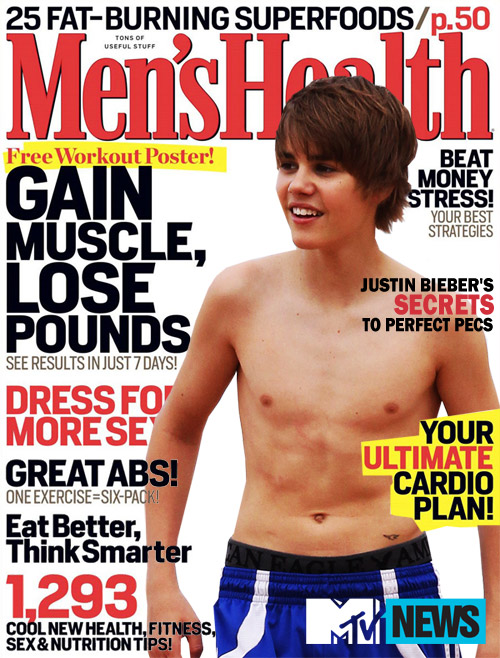 Have you tried Reg’s Beginner Routine?

Any other questions or thoughts?