The 'Punch The Clock' Workout

The ‘Punch The Clock’ Workout

If you really sit down for one moment and think about it, when you go to the gym you’re paying to enter a building and perform manual labour.

I mean, if I asked you to spend an hour or so wheelbarrowing bricks or shovelling, you’d be looking to be rewarded in some way or another, be it with a cup of tea or some coin.

However you willingly part with your cash to do the same thing around three to five days a week: shifting weight from A to B.

The thing is that this ‘manual labour’ looks good on Instagram, provides validation and gets you off the needy bus.

More importantly, it makes you feel like you can run through walls and look pretty useful.

There’s always a point in your lifting career where you start to question why you’re training.

You take a drive down Aesthetic Avenue – push pull legs ad infinitum, one rest day per week, spent on your arse getting all paranoid, thinking your muscles are shrivelling away and you’re starting to look like you’ve spent a week in Prince’s elevator.

Then it slowly dawns on you that no-one gives a fuck how you look.

So you decide to take a turn into Shredded Street – macros are meticulously counted with the ferocity of Whitney Houston trying to retrieve a spilled crack pipe, and meal prep day in your kitchen is starting to resemble a crystal meth lab.

Those abs start to make their presence felt and you’re walking about proud as punch.

Yet you despair as you look out at the stars wondering why people are struggling to care.

You end up in Strengthsville – strutting into the gym with your belt and chalk telling anyone who will listen it’s ‘max effort’ day and you’re working your ‘lockout’.

You hog the gym platform while summoning the inner seethe from five students who just read Starting Strength and panic when they see the squat rack being used.

If only your friends could equal that weight in the amount of fucks they give.

At this point, your inner Aristotle kicks in.

Why do I do this?

I lift therefore I am?

Doubt starts to creep in and next thing you know you’re skipping training sessions as real life starts to get more and more in the way.

You’re putting a week’s holiday in at work to watch season after season of Orange Is the New Black and scour IKEA for ‘soft furnishings’.

At this point you know shit is getting real.

Now the last embers of testosterone start to flicker in the hope of kicking your balls back into action.

It’s time to take your training back.

Scour the internet forums/Reddit nowadays and you’ll be bombarded by people dying to tell you the best way to get jacked/ripped/swole etc.

The problem here it that the information usually comes from faceless gum-bumpers who still stay at home and have never worked a day in their lives.

Hence the reason why they prescribe programmes that call for six workouts, at two hours long a piece, every single week.

Now and again someone loses the plot completely and suggests training TWO times a day.

Who has the time for this?

A ‘punching the clock’ mentality involves stripping training down to sessions that last no more than an hour.

Get in and out of the gym like the SAS: no fuss, no thrills, just hard work.

Turn up with a plan in hand, put in a shift, then get the fuck out the gym and back to reality.

Punch The Clock is a four day programme.

Any other days are optional and should comprise some form of cardio.

No flippy shit however, none of this burpee bullshit, just get your grind on.

Take a look around the gym next time you’re in – the training economy in there probably resembles Lehmann Brothers in 2008.

A complete and utter dithering dickfest which looks like a Saturday night at Fred West’s during Italia 90 – yes, totally horrific.

With this routine, the idea is to make really good use of the time you have in the gym and have something that resembles a focused workout. 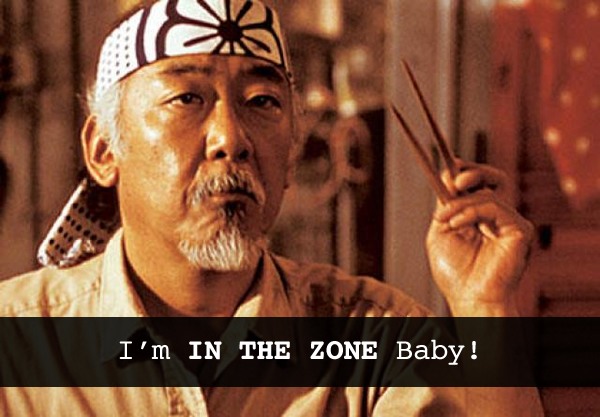 First off let’s look at the principles of the programme.

A good programme shouldn’t be some spreadsheet full of exercises and numbers.

A good programme is something that involves the nuggets that we do day in and day out.

The routine is built around four movements:

Then it’s time for an upper body push-pull combo:

You’ll then follow this with upper back work on two of the days.

It is also built around this new concept of NOT GIVING A FUCK about how many sets of whatever you do.

It’s about hitting the same body parts hard four times a week and going for 50-150 reps on whatever you do.

I don’t care how many sets it takes, just make sure you hit 50-150 reps of whatever exercise you’re doing.

So now I’m going to break down how the programme actually works, let’s do this shit…

Once you complete Week 3, go back to Week 1.

Here are some more nuggets with regards to the programme itself.

For example, some days I’ll squat and do chins and push-ups in-between.

I’ll do sets of five chins and sets of 20 push-ups.

Pick a weight that’s going to have you getting quite worried as you close in on the last reps.

These are the best exercises for upper body IMO.

Doing biceps four times a week is only going to result in one thing:

So there you have it.

Get to the gym, punch the clock and get paid.

If you have any questions about the routine or anything else I’ve raised in this article, I’d love to hear from you.

Hit me up with a comment below or drop us a line on social media.