Keeps hunger and those cravings for salty savoury nastiness at bay, whilst delivering 20g of protein per pack. Let down slightly by a large price tag and dry texture, otherwise a great product.

Protein snacks are the holy grail for lazy arse guys like me.

As a boost to your protein levels without any prep, they are always appealing, particularly when they are disguised as cookies or flapjacks.

But more often than not they don’t quite hit the spot and are so dense that you’re chewing for what feels like hours on what tastes like strawberry flavoured bark.

So when I saw protein crisps on the market, I had to try them straight away.

Crisps that have protein in?

Sounds like I could be eating them all day.

But will they be as appealing as they sound? 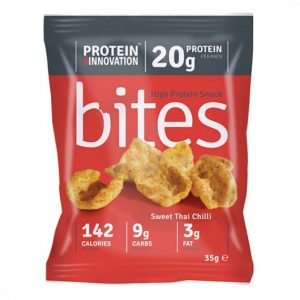 These crisps are actually called Protein ‘Bites’ and are made by a company called Protein Innovation which was started by Andrew Coulson, a training partner of Dorian Yates and an IFBB judge.

Each bag contains an impressive 20 grams of protein, 9 grams of carbs, and 3 grams of fat.

The bags are 35 grams in weight, which might not seem like a huge amount, but they are pretty damn big bags.

Much bigger than a regular pack of crisps or similar snack.

I’m reviewing the Sweet Thai flavour but they also come in ‘Sour Cream’ and ‘Chicken Protein’ flavours too.

The main ingredients are soya protein isolate, rice flour, and wheat gluten, then a few different bits to flavour the product.

The protein here is soya protein isolate, which I know some people in the fitness industry are completely against, but we won’t go into that now.

The way I see it is that many many supplement companies and bodybuilders use soya protein isolate, including respected ones, so I’m going to keep consuming it for now.

Let us know what you think of Soya in the comments – perhaps you can enlighten me?

Otherwise, the ingredients don’t flag any problems up for health-conscious people.

The taste of the Bites is great.

They are sweet chilli flavoured but remind me more of a paprika kind of flavour, which is a good thing.

While they’ve really nailed taste, it’s a shame that the texture isn’t quite as pleasurable.

I referred to them as a crisp, but it’s not really a crisp, hence the name ‘Bites’.

At first it’s a lot like a prawn cracker or a quaver, soft and crunchy with a floaty-light feel, covered in delicious flavour.

So good, for a moment.

But then you chew. And chew.

And it quite quickly becomes slightly uncomfortable whilst your mouth gasps for water like you’re chewing on an old bit of tissue whilst trying to do the cinnamon challenge in the Sahara desert.

Ok, so that’s a huge exaggeration, but you get the idea.

I don’t think I’ve ever come close to finishing a pack of these without a bottle of water by my side.

They are very dry.

That being said, we’re all people who train, and therefore have experienced a fair share of fully disgusting products in the name of adding muscle.

Ultimately, Protein Bites are a dream compared to some of the seemingly sand-based mass gainers I’ve knocked back over the years.

As a quick snack with a decent amount of protein, these do the job pretty well.

The bag is big enough to last you a good amount of time, and the product itself is very savoury, so is great for when you’re craving a bag of Walkers Sensations.

I have one with an apple and it keeps me going for about an hour and a half.

The main deal breaker for Protein Bites is the price.

To buy a pack from a shop whilst you’re out and about is going to set you back nearly £2.

Which makes you think why not just grab a protein bar or a bag of cashews with higher quality protein sources?

But I got mine in bulk from MuscleFood and they were 10 packs for a fiver.

This is literally cheaper than a pack of Walkers and at 20g of protein per bag it’s an absolute bargain.

So if you shop around they can potentially be damn good value.

Protein Bites come in a bag big enough and flavoursome enough to stomp out cravings for crappy savoury foods like crisps and chips.

What lets them down is their price and texture, being quite expensive for an individual bag, and quite dry in the mouth.

But if you can get them at a bargain price, go for it, but I wouldn’t make them a regular part of my snacks at full price.

Get a great deal on your Protein Bites by shopping here at Musclefood.com.

And don’t forget to check out our Musclefood discount codes to save yourself some money when ordering.

Tried this product and have an opinion on it?

Join in the conversation in the comments section below! 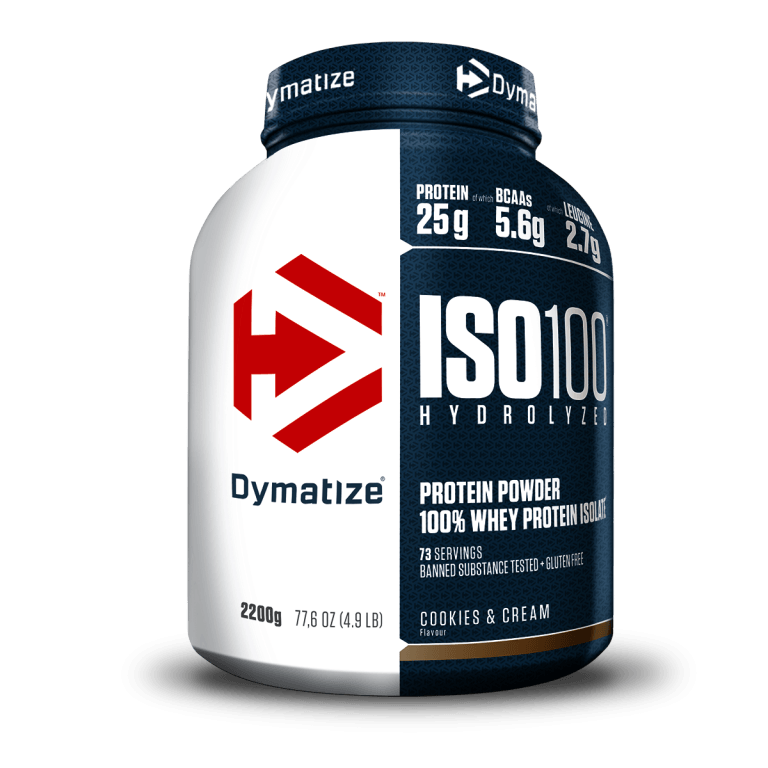 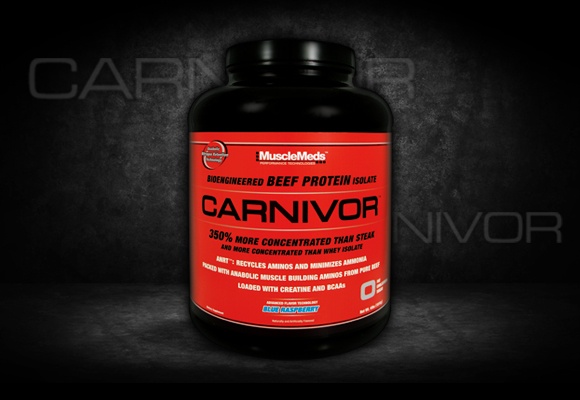 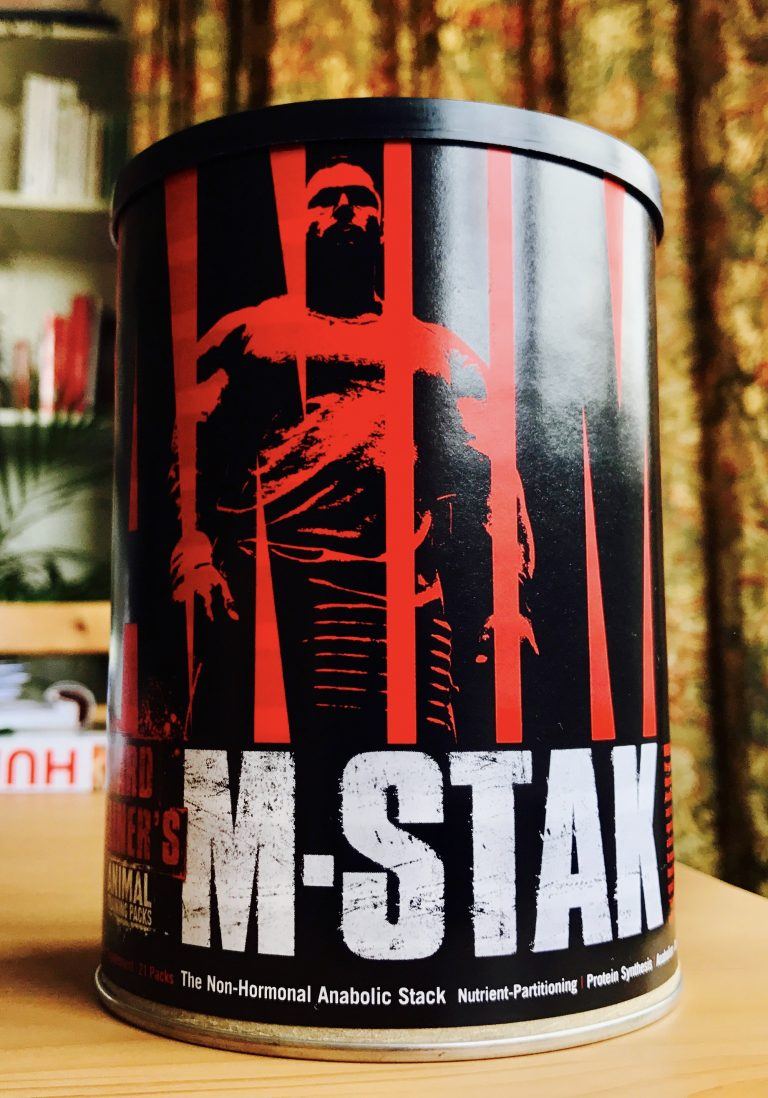