An excellent energy boosting product with versatile uses, Carnipresso hits you quickly when you need it without the massive comedown of a preworkout or fat burner.

Powerman Supplements are new to Gymtalk, and most people won’t have heard of them as they are relatively new to the UK too.

Originally established in 1979 in Germany, these guys have been around for a while, and have carved out a niche in the sports supplements industry with extremely high quality products.

One of these products is a strange looking liquid vial by the name of Carnipresso.

As most people who see the product on my desk at work ask: what the fuck is that?

It basically looks like a shiny test tube and contains liquid amino acids.

Powerman do a few of these products as liquid style – and their ‘free-form’ amino acids in liquid form are supposedly taken in by the body much more readily.

Carnipresso is advertised as being a pre-workout, but, as I’ll discuss later in the review, it doesn’t really fit that category. 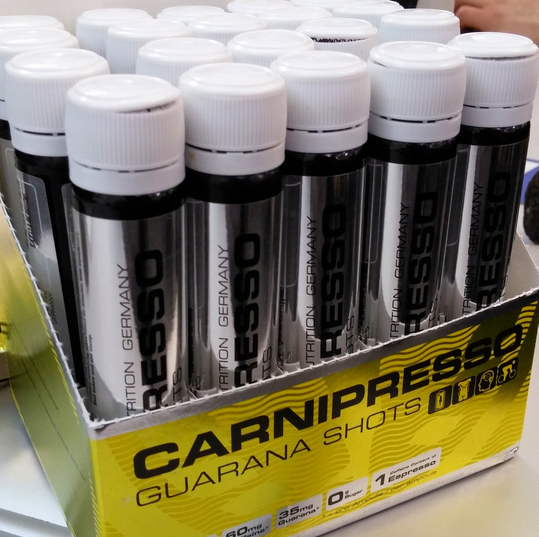 The ingredients in Carnipresso are aminos in the form of Carnitine (2000mg) as well as Guarana and a cheeky 60mg of Caffeine.

I really, really like the idea of this product being so simple.

I’ve banged on before (here for example) about how companies try to innovate and include about a million ingredients in doses so small that there’s no fucking point in even including them.

So in this instance Powerman are doing really well – Carnipresso is simple and the ingredients are proven to work.

The taste is pretty much dire.

It’s a bit like having the strongest coffee ever concentrated into one shot – so so damn bitter.

This is the only area that lets the product down, but, to be fair, the size of the vial is only a quick shot, so it’s not really a problem.

And as I’ve said before, we’re bodybuilders, so man the fuck up and get it down your neck!

This is where the product really shines.

It does what it’s meant to do very easily – it gives you a pick up when you need it.

What I like most about this is that there’s a good dose of Carnitine – a proven fat burner, but quite a small dose of caffeine (about as much as an espresso).

This means you can carry a vial in your bag and use it when you need a quick pick-me-up, with some excellent fat oxidising ingredients thrown in for good measure.

And because it’s in liquid form it gets to work straight away.

I can’t stress this enough – it hits you almost instantly, and that’s just awesome.

Right before the gym, a meeting, first thing in the morning – Carnipresso is there for you to grab a quick boost of energy.

And due to the small amount of caffeine, you won’t get a comedown.

This does mean, however, that it’s not really a pre-workout in the sense that it’s going to make you trip balls.

But if you’re sensitive to caffeine anyway (like myself), that’s a good thing and just makes it a much more versatile product. 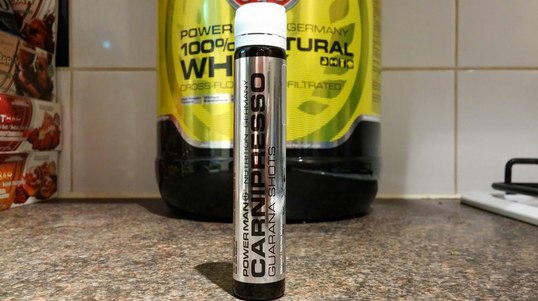 Carnipresso from the Powerman website is just under £25 for 20 vials.

This is pretty decent value at just over a quid for one vial.

It could work out pricey if you’re drinking a couple a day, but generally it’s much cheaper than a coffee.

Carnipresso is an excellent energy boosting product with versatile uses.

The liquid hits you quickly when you need it without the massive comedown of a pre-workout or fat burner.

To order Carnipresso, or for more product information, shop here at the Powerman website.

Have you tried this product?