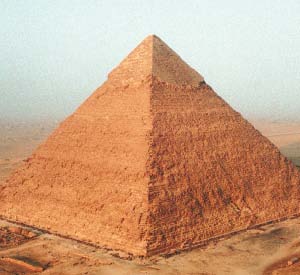 So here’s the deal.

You’ve been training regularly for the last 6 months hitting that 3/4 day split that you found in the pages of Muscle & Fitness magazine.

You’re religiously hitting 3 sets of 8-12 reps on every exercise and sinking protein shakes and chicken breast fillets like a man on a mission.

Results so far have been impressive.

You’ve outgrown most of your wardrobe, your mate’s bird has started giving you the eye on nights out, and your boss has even pulled you aside as he’s concerned that you’ve been using steroids.

It was Sheila from accounts that stumbled on your creatine stash and dobbed you in, the bitch.

However, in the last month or so you’ve hit a bit of a plateau.

Your gains have come to a grinding halt and that constant barrage of 3 x 8-12 reps is starting to drag more than a Mumford and Sons concert.

If so, try shaking shit up with the following pyramid routine – a tried and tested plateau buster!

I guarantee you’ll leave that slump in your wake as you blaze a new trail to Gainsville and your mate’s girlfriend’s bed.

What is pyramid training?

Much like the Egyptian pyramids, this form of training has been around for a very long time.

However, luckily for us, this technique, unlike the ancient pyramids, does not rely on forced slave labour.

It simply involves working up and down a weight and rep range while performing an exercise.

This targets a much broader spectrum of muscle fibres which will trigger improved strength, size and endurance improvements than your typical fixed routine.

There are essentially 3 main variations of the pyramid workout:

This combines the ascending and descending pyramids into one giant pyramid. 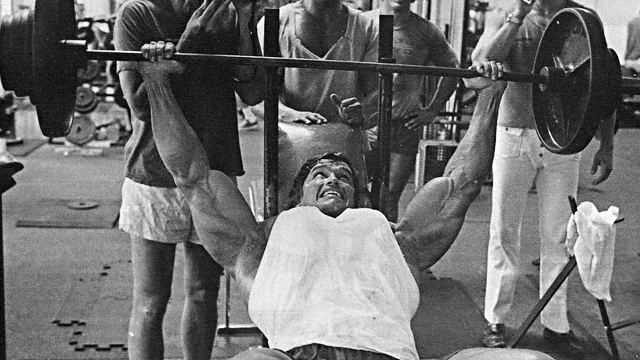 The 3 following sample pyramids are targeted at improving muscular size.

I will refer to tightening up the routine for other goals later on in the article.

The problem with most pyramid routines that you’ll find on the Internet and in magazines is that the rep range is too diffuse.

For example, they will have you work all the way down from 25 reps to 1 or 2 reps.

An all-encompassing routine that lacks exercise specificity will leave you, as the old adage goes, a jack of all trades and a master of none.

Although it might feel like you are working hard, there will be no true meaningful muscle adaption and your workout will be very unproductive.

A note on weight selection:

Obviously you will need to round these weights up or down to the nearest 1.25kg – unless your gym has a supply of 0.25kg plates!

When working through a descending pyramid, ensure you are fully warmed-up before starting to maximise performance on those heavier lifts.

In the last example, to allow for fatigue the weights for the pyramid descent are slightly lighter than the ascent.

If your training goals include improving muscular strength and endurance you will need to adjust your rep range.

As I mentioned above, it is important when working through a pyramid that your rep range is focused on a specific goal.

Otherwise you’ll be doing a hell of a lot of nothing!

When applied correctly, pyramid training can be an extremely effective method for busting through plateaus, whatever your goal.

Plus, diversifying your routine with pyramids is also a lot of fun and makes for a great little challenge.

However, do not build your workout around pyramids, as there are much more effective longer-term routines out there (here, here and here).

Use them as the occasional “shock to the system”.

Do you fancy mixing up your routine with a Pyramid set?

Tried this technique before?

I’m excited to hear you thoughts in the comments section below!