Around the same time that Arnold Schwarzenegger was making his first foray into cinema with the godawful Hercules in New York (1969), so too, on the other side of the Pacific Ocean, was a young Chinese bodybuilder by the name of Yang Sze.

Sze, who would later change his name to Bolo Yeung, was a champion bodybuilder who dominated the Mr Hong Kong contest (an oriental Mr Olympia), winning every title between 1970 and 1980.

The ‘Chinese Hercules’, however, is more famous for his iconic film roles than his bodybuilding credentials. 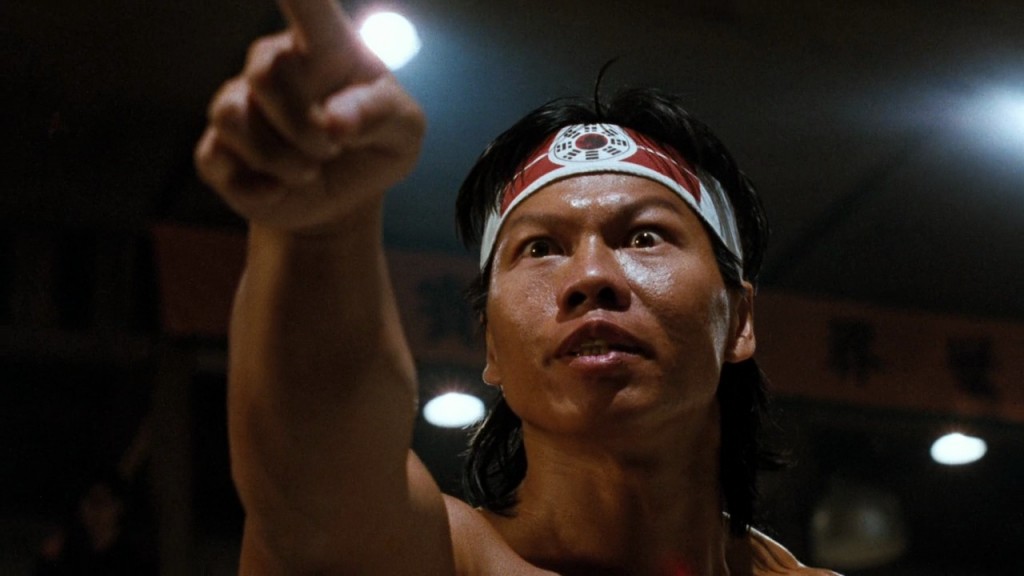 The ‘Beast from the East’, now one of cinema’s most recognisable villains, had a menacing physique and steely gaze (a cross between Peppa Pig and an unrepentant sex killer) which were perfectly suited to these villainous roles.

But despite being cast time and again as an evil bodybuilding brute with pecs like circular saws and a voice so gruff it could make Zippity Doo Dah sound like a death threat, Yeung was in fact a very talented martial artist, acrobat and powerlifter (he could deadlift over 700 pounds!).

Bolo Yeung was born in Guangzhou, mainland China, 1946, to a businessman and his wife.

From an early age he developed a keen interest in chops, kicks and beating up pedestrians.

Channeling this obsession, Bolo began practicing martial arts at the age of 10 under the tutelage of several of the city’s most well-regarded masters.

In his teens Yeung begun studying a variety of styles, favouring Tai Chi and Wing Chun (he would also later study Jeet Kune Do under the instruction of Bruce Lee).

Bolo combined this martial arts training with acrobatics and a burgeoning love for bodybuilding, which allowed him to develop a supple, powerful and extremely imposing physique.

In the early 1960s Yeung took part in the great exodus to Hong Kong in search of a better life.

Like millions of others, Yeung tried to escape the famine and communism of mainland China by swimming 4km through the dirty Dapeng and Shenzhen bays to Hong Kong.

If they didn’t die en route, most of these illegal immigrants were caught and instantly repatriated.

Luckily Yeung managed to evade capture, and he soon settled into his new life in Hong Kong as a gym instructor.

Towards the end of the 1960s, Bolo’s ever-growing physique (his chest now resembled two garbage can lids) and his respected position as a bodybuilding instructor in Hong Kong started landing him several roles at the Shaw Brothers Film Studio.

In these films Bolo was always typecast as the antagonist – typically a huge feral brute who communicated in grunts and glares, rather like an evil jellybaby come to life.

While working on these films, Bolo continued to develop his credentials as a bodybuilder, winning Mr Hong Kong for the first time in 1970.

In 1970, Yeung filmed a commercial with Bruce Lee for Winston cigarettes, a year before Lee’s breakout role in The Big Boss (1971).

“Because I was Mr Hong Kong,” reflects Bolo, “I was well-known, and that’s how Bruce Lee came to know me.”

The two instantly hit it off and would become close friends.

As a result, Lee went on to cast Bolo as the main henchman in 1973’s Enter the Dragon, the film that brought Bruce international fame. 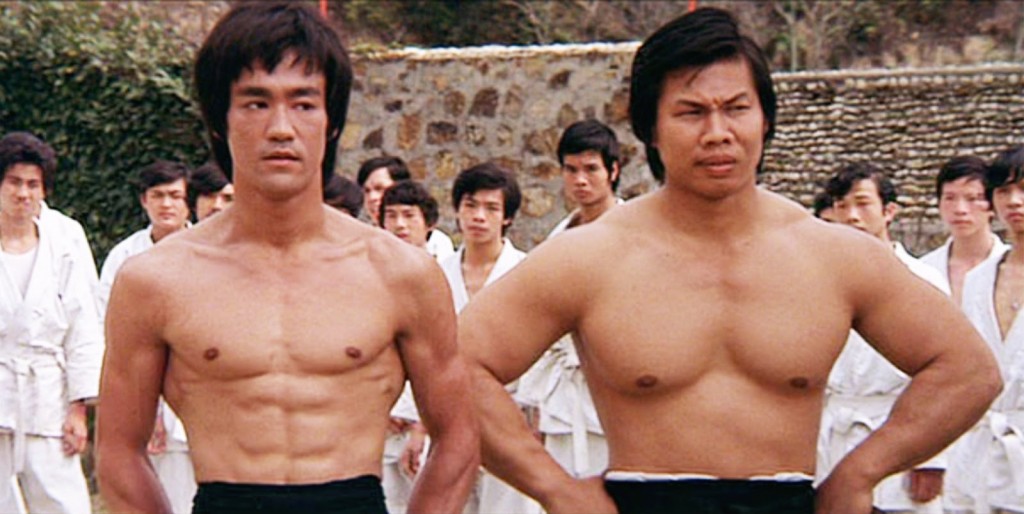 His character in this film was called Bolo, and it was the film’s phenomenal success that brought about the name change.

Bolo appears in one of the film’s most memorable scenes, where, at the behest of Mr Han, he pulverises four guards.

His methods of execution include, but are not limited to, crushing a ribcage with his foot and ripping someone’s head off with his bare hands.

Watching these scenes again, I can’t help but wonder what kind of lover Bolo was in his prime – I mean, he probably didn’t consider it sex if the woman lived…

Although Yeung didn’t get to fight Bruce in Enter the Dragon, Lee promised that he would kill him (on-screen) in his next film, Game of Death.

Unfortunately, Bruce died on 20 July 1973, three weeks before the premiere of Enter the Dragon, and the two never got the chance to film their big fight.

After Enter the Dragon, Yeung went on to star in hundreds of Hong Kong martial arts films in the 70s and 80s (many of execrable quality), as well as turning his hand to directing.

For this slurry of films Bolo honed his trademark ‘not looking’ style, where he would, like a naturally gifted corporal punisher, nonchalantly cripple his targets without even bothering to give them eye contact.

Many of these were Bruceploitation films where he appeared alongside ‘clones’ of Bruce Lee, such as Bruce Li, Bruce Le and Dragon Lee. 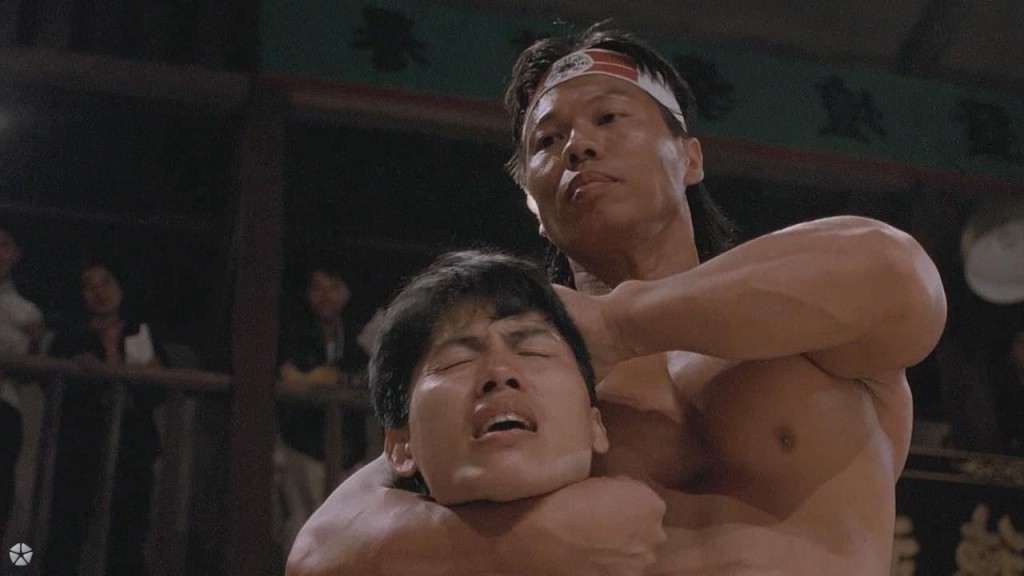 Rather than Van Damme, many consider Bolo to be to true star of the film, and indeed he subsequently developed a sizeably loyal fanbase.

Chong Li is certainly an intimidating opponent for the ‘gay karate man’ (literally one of JCVD’s first film roles, no joke) – just have a gander at some of these fantastically brutal fight scenes:

Van Damme and Bolo’s on-screen chemistry was so successful that the two later teamed up again in Double Impact (1991), and further hits for Bolo would follow, including films such as Tiger Claws (1992) and Ironheart (1992).

During this halcyon period, the name ‘Bolo’ became a guarantee – a watermark for bone-crunching action.

Just like relying on a Helen Mirren or Kate Winslet movie for some decent muff, schoolboys knew that a Bolo film would deliver the goods when it came to gratuitous violence.

Renting a video cassette with his name attached would guarantee brutality, destruction and a slew of innocent bystanders picking up their teeth with broken arms.

A golden age of cinema.

Also during this time, Bolo got to fulfil his ambition of becoming an on-screen hero, appearing as the good guy in Shootfighter: Fight to the Death (1993) and Shootfighter II: Kill or be Killed (1996), as well as two other films.

However, in most of these movies he is clearly out of his comfort zone, and just wanders around the set like a baffled Neanderthal who has accidentally time travelled 5,000 years into the future.

He has a daughter (Debbra) and two sons, Danny and David, the latter a bodybuilding champion in his own right.

He still trains regularly, practicing Tai Chi and weightlifting, and holds a managerial position at ‘The Tapei International Federation Of Body Builders’ squad and is chairman of ‘The Hong Kong Gym Business Association’.

Well, Bolo is still holding out hope that one day they’ll be a sequel to Enter the Dragon, with himself cast as the lead.

Although I sincerely doubt this will come to fruition, stranger things have happened in the martial arts film world, such as The Next Karate Kid (1994).

Hilary Swank beating up her boyfriend’s bullies, a pet hawk, Buddhist monks dancing to The Cranberries, and a courgette used as a weapon?

And then there’s the insane 1977 Bruceploitation flick The Dragon Lives Again, where Bruce Lee, now in hell, teams up with Popeye to prevent Dracula, James Bond, the Godfather (among many others) from taking over the afterlife.

It’s fucking mental – here, for example, is a clip of the Chinese Popeye beating up some mummies.

Regardless of what the future has in store for Bolo Yeung, no-one can doubt his enduring contribution to Kung Fu cinema and his reputation as one the toughest and baddest dudes around.

Bruce Lee was the king of Kung Fu, Angela Mao the martial arts queen, but neither could compare or compete with the Chinese Hercules.

Men, women, old, young, hundreds, or one alone, each challenges and each becomes the pulverised prey of Chinese Hercules, the first and only muscle-mad monster of the martial arts.